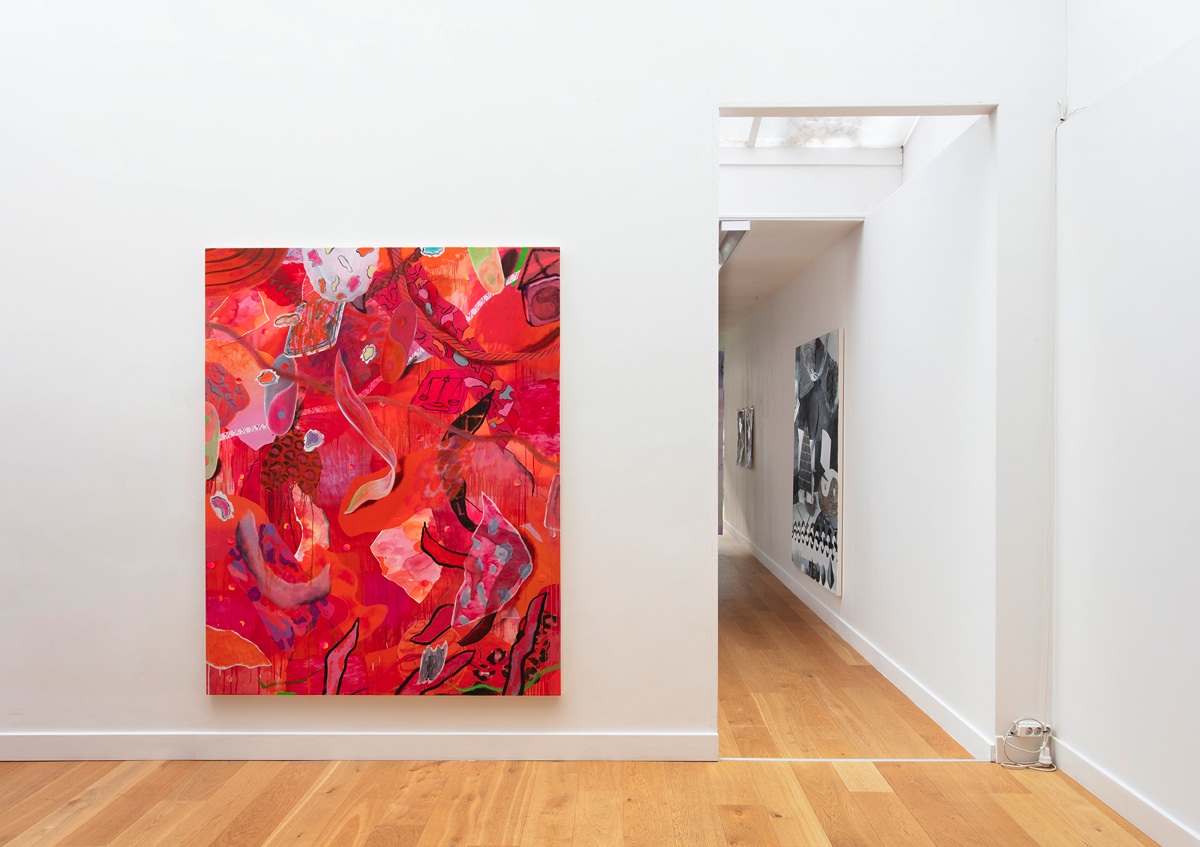 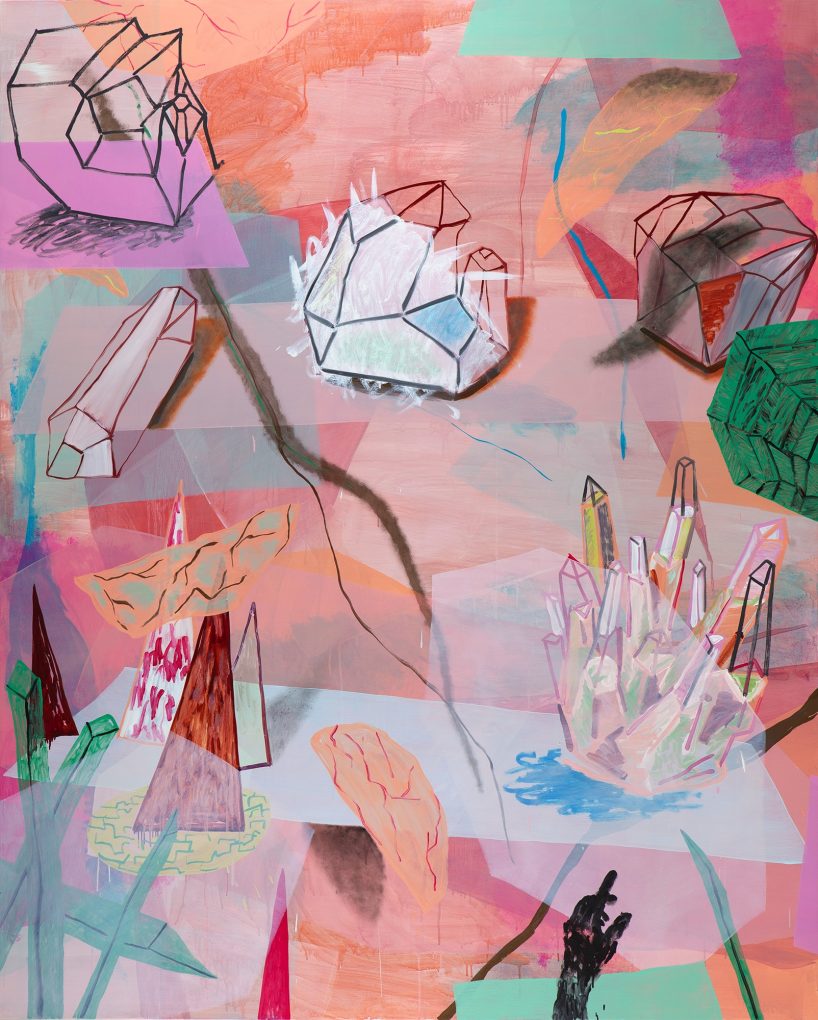 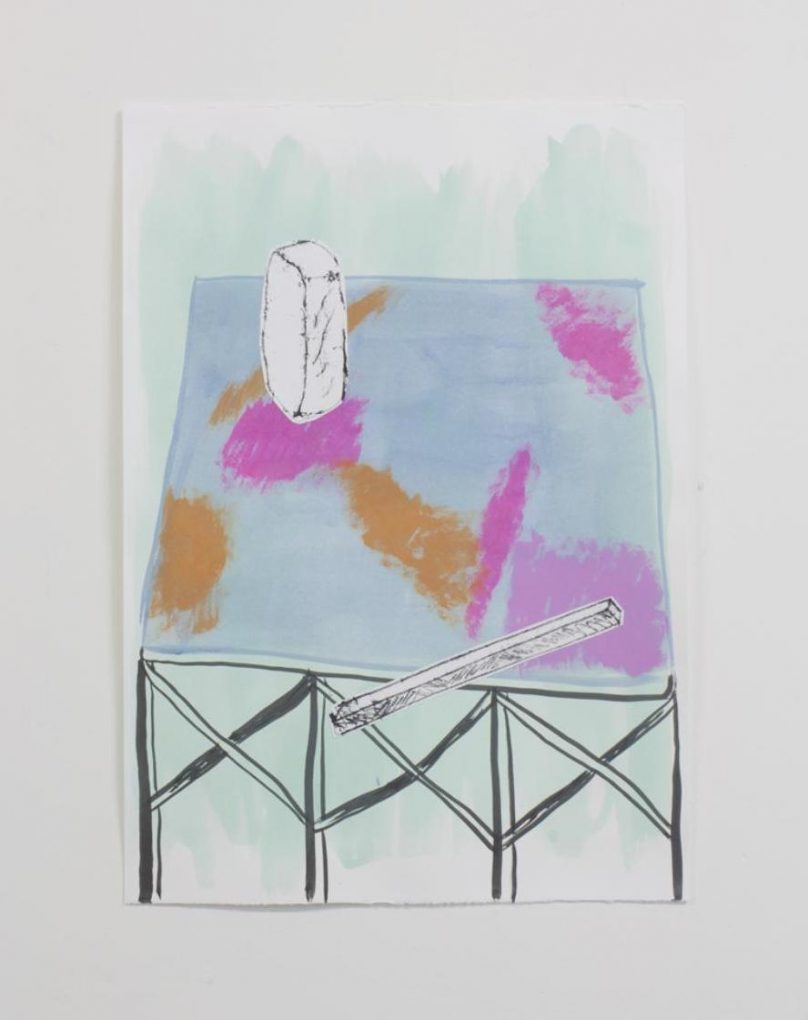 Browne’s practice is predominantly painting-based and expands into installation, drawing and sculpture. Drawing on an expanse of influences and materials, her painted works describe obscure imaginative spaces, which simultaneously appear to adhere to the rules of gravity and perspective whilst outwardly ignoring them. Boxes, shadows, screens and girders mingle with drips, floating transparent forms and abstract geometric shapes.

Underlying Browne’s research is a notion that physical experiences take place in collaboration with a network of secondary and imaginative sources resulting in an intoxicating, partly fictional, reality. Recent works have included references to Botticelli’s illustrations of Dante’s ‘Inferno’ (~1480-90), the practices of cleromancy and astrology, the transformative power of the hand in the zero-sum game of scissor-paper-stone, Stéphane Mallarmé’s poem ‘A Throw of the Dice Will Never Abolish Chance’ (1897) and the shrine as a place of worship and sacrifice. Themes of impending chaos, speculative futurology, imaginative epic travel and personal striving meet with layers of colour, architectural references, maps and drawings of navigational cairns.