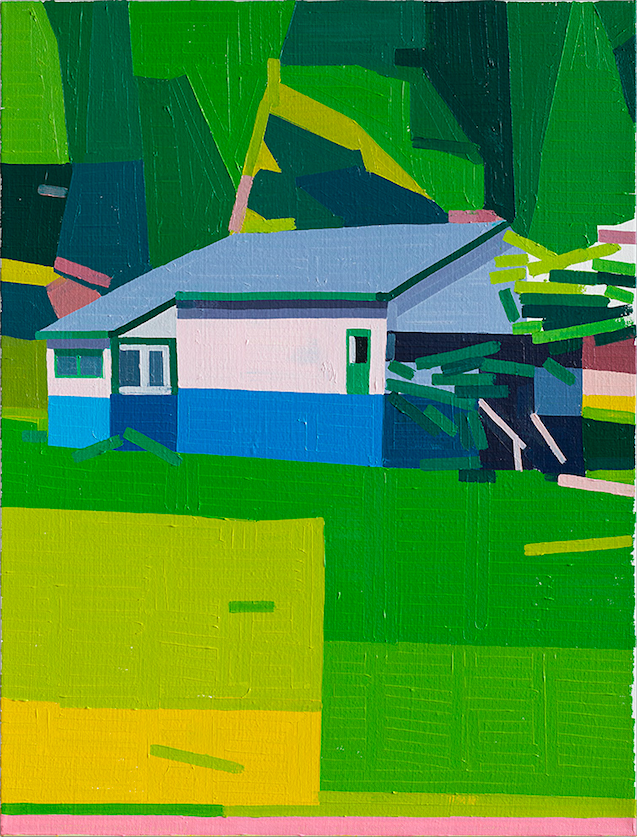 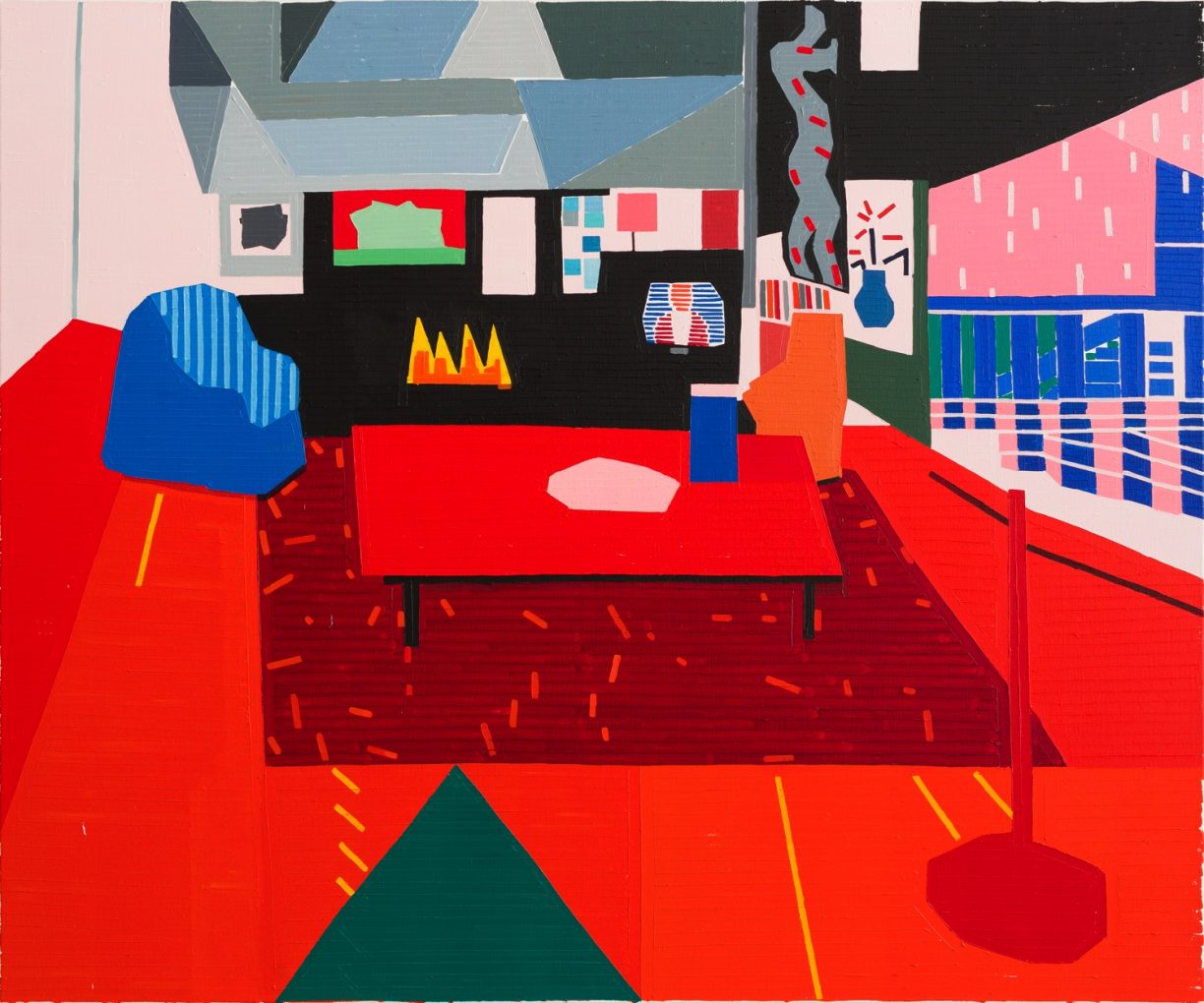 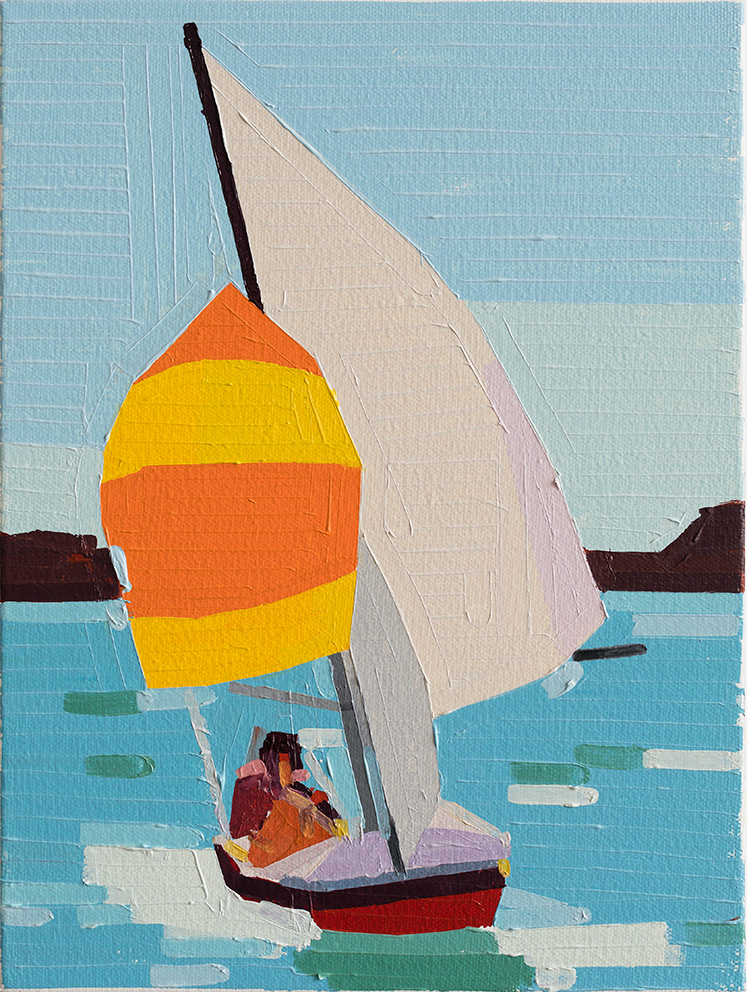 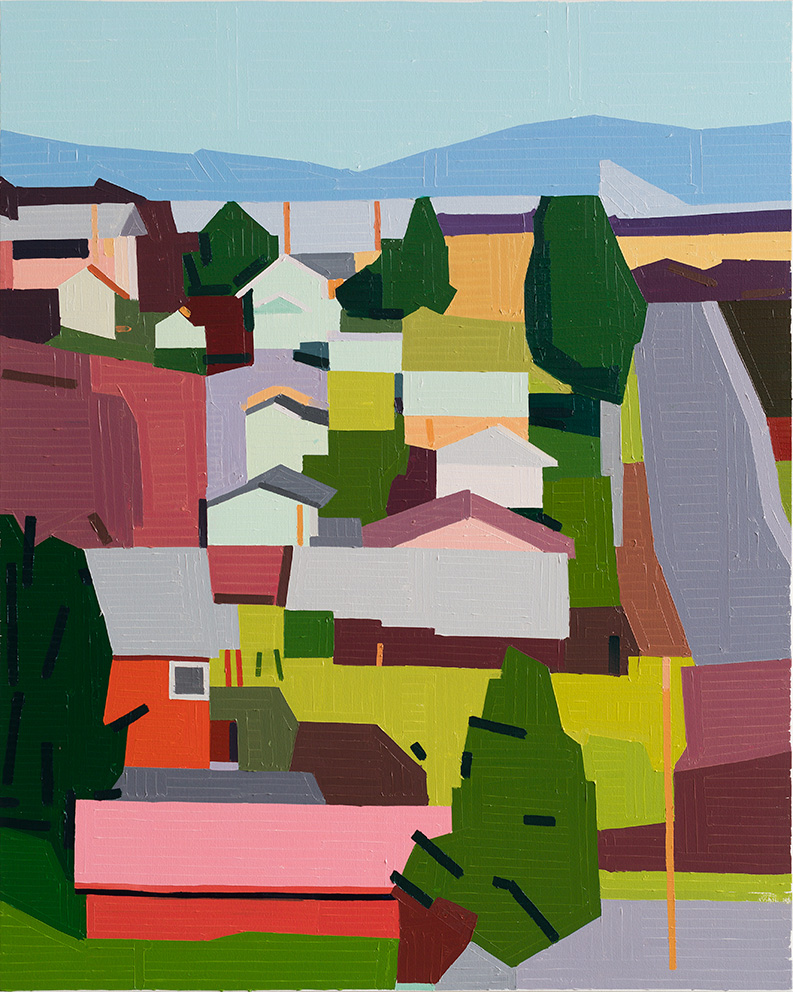 When looking at the paintings of Guy Yanai (1977, Haifa, Israel) a sense of recognition is perceptible. His subjects are extremely common, depicting still lifes of plants, living rooms, suburban architecture and sailing boats. He plays with simplified forms, uses vibrant colours and minimalizes depth. Structured in meticulously layered horizontal rectangular blocks or stripes, the linearly style of Yanai characterizes his works. Influenced in content and colour palette by modern cinema and a variety of notable artists of the 20th century as Henri Matisse, David Hockney or Philip Guston, Yanai borrows, appropriates easily from and is in awe and even confused (all simultaneously) by European visual culture and its rich heritage.