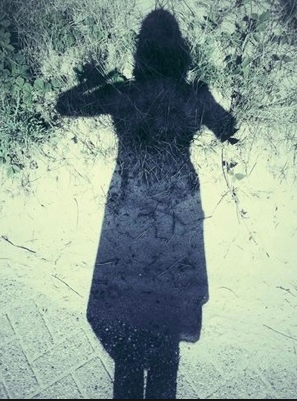 The multiple of layers in Kim Boske’s (1978 b., Hilversum, The Netherlands) photographic images seem to be holding, one layer upon the other, merging and intertwining, simultaneously different moments in time. Forming one harmonious image in its entirety, these images of the ‘now’, composed of different visual fragments lost during passing of time, reveal a phenomenon that is impossible to see or witness with the naked eye.

Fascinated by how different moments in time and space determine our perspective and define reality, Boske focuses in her work on the system of ‘Time’. She regards it as a structure that is made up of smaller, differentiated structures, in which she sees the ‘now’ as an intricate assembly of several related influences of past and present; reality as an unlimited field of differentials, which move disorderly alongside each other and together form the unity of being.

For Boske it makes sense that ‘Nature’ takes up a dominant place in her visual language. Nature continues in ‘time’; nature is process, it changes and is in motion, it blooms grows and dies like humans. She passes, but also comes back; she is entwined with all there is.

Boske navigates through the system of time to study the way we look at it. During her artist in residence at KAIR, 2018/19 she started working on her unique impressions from the waterfall Amagoi no taki, a tangled and dreamlike study of streams of water that channels the mental capacity to exhilarate. These ‘liquid narratives’ are printed on handmade washi paper that she dyed in natural indigo at the Awagami factory in Kamiyama. The production of washi paper as well as the delicate dying indigo technique are both fading crafts in Japan. Indigo leaves are stirred and sprinkled with water for four months and then enter a delicate brewing process in a vat. This animism results in the serene quality of the indigo: a specific depth of colour, rich range of blues and an everdiverse gradient outcome. Working with these living organisms is an integral part of Boske’s practice, showing how the physical movement through time and space changes our perspective on the world.

Kim Boske studied at the Royal Academy of Art in The Hague, from which she received her BA in 2005. She has received several grants from the Mondriaan Fund and the Amsterdam Fund for the Arts (AFK). In 2021 Boske will have a large solo show at the Museum of Modern Art, Tokushima.

Among collections that include her work are those of the Nederlands Fotomuseum, AMC Collection, the Ministry of Foreign Affairs, The Hague, the collection of Their Majesties King Willem-Alexander and Queen Máxima, The Hague, the Netherlands Embassy in Washington, D.C. and the Weisz collection, Amsterdam. In 2010 her work was selected for the Talent issue of Foam Magazine. In 2011 she was finalist at the Hyères Photography Festival in France. In 2012 she published her book Mapping.