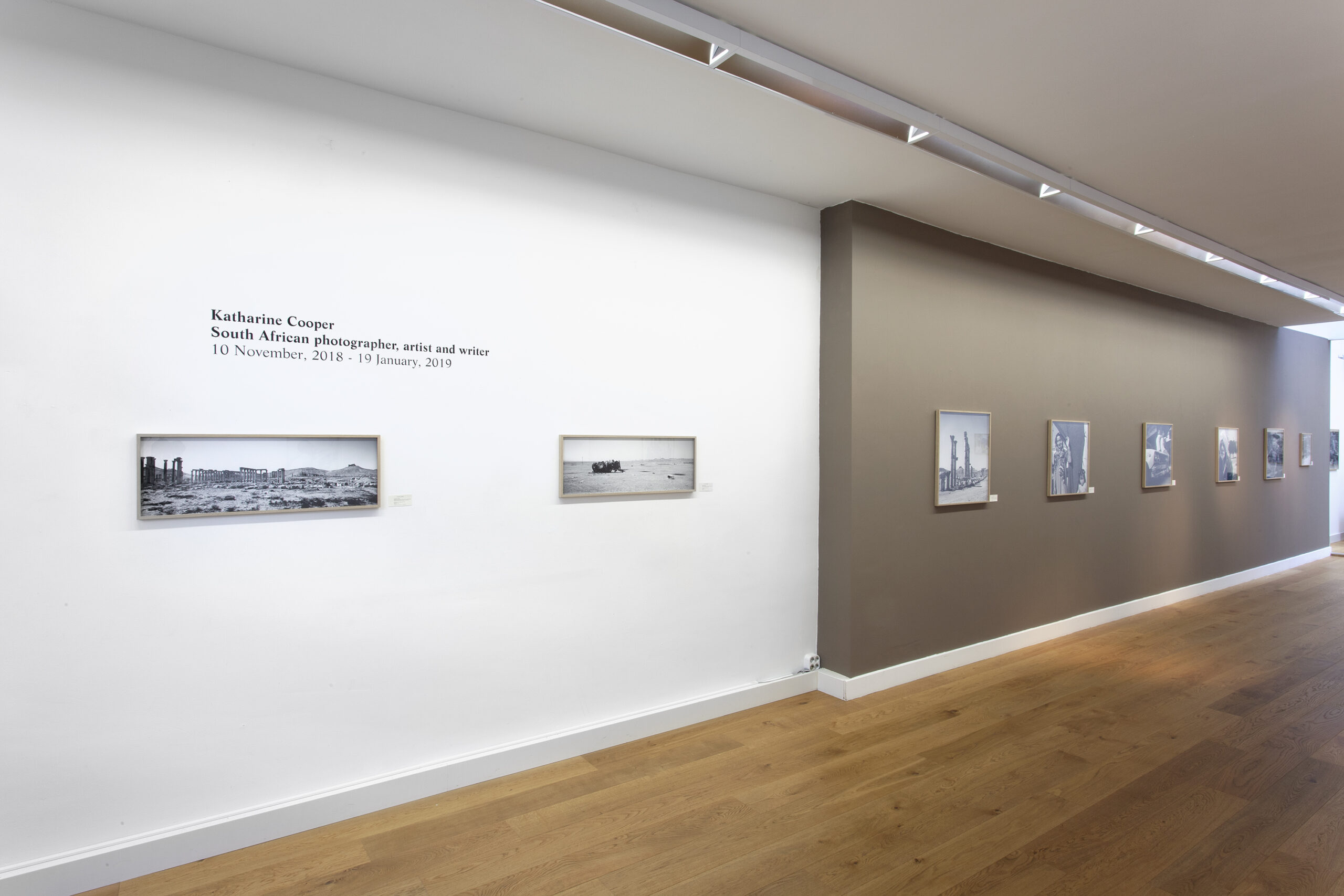 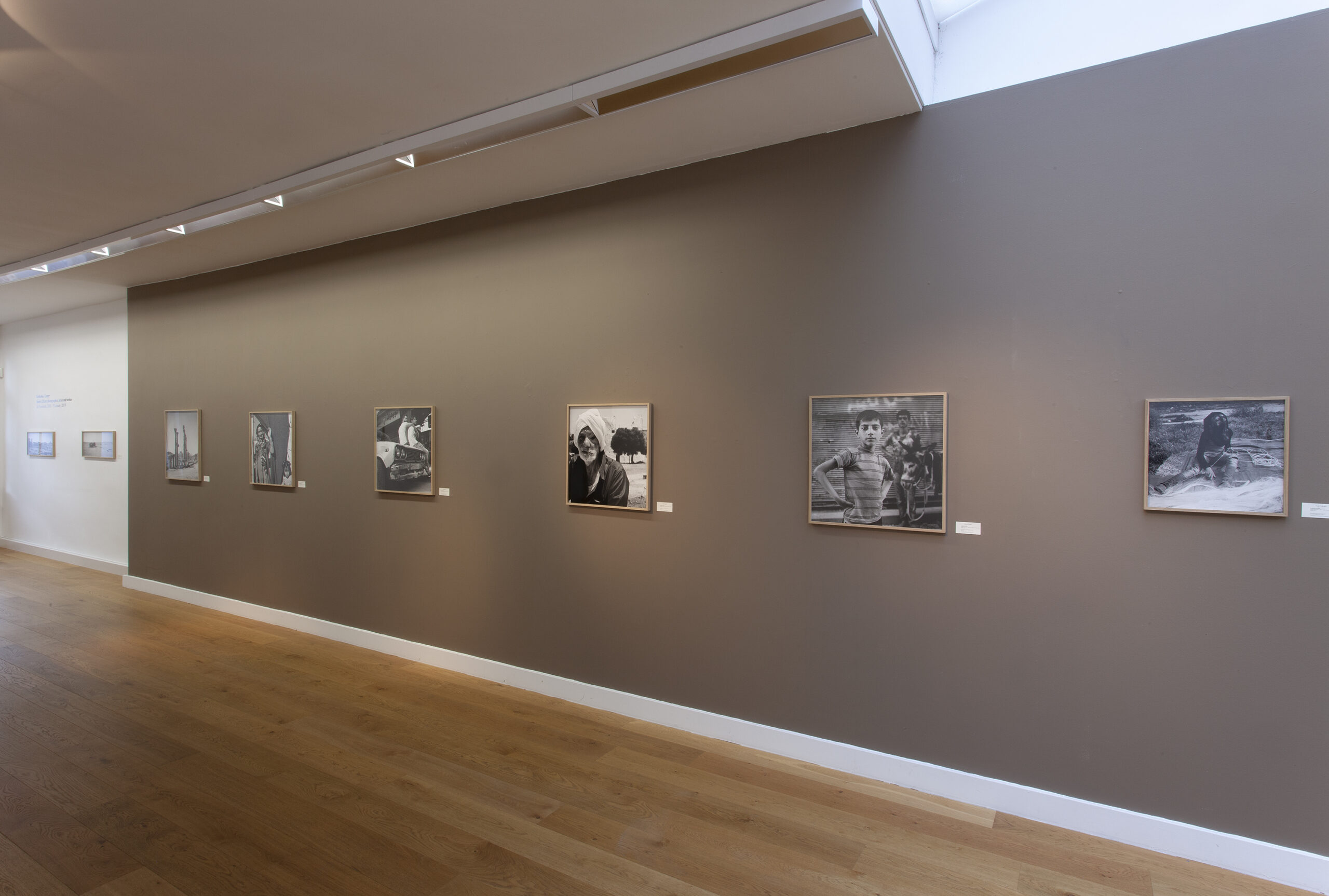 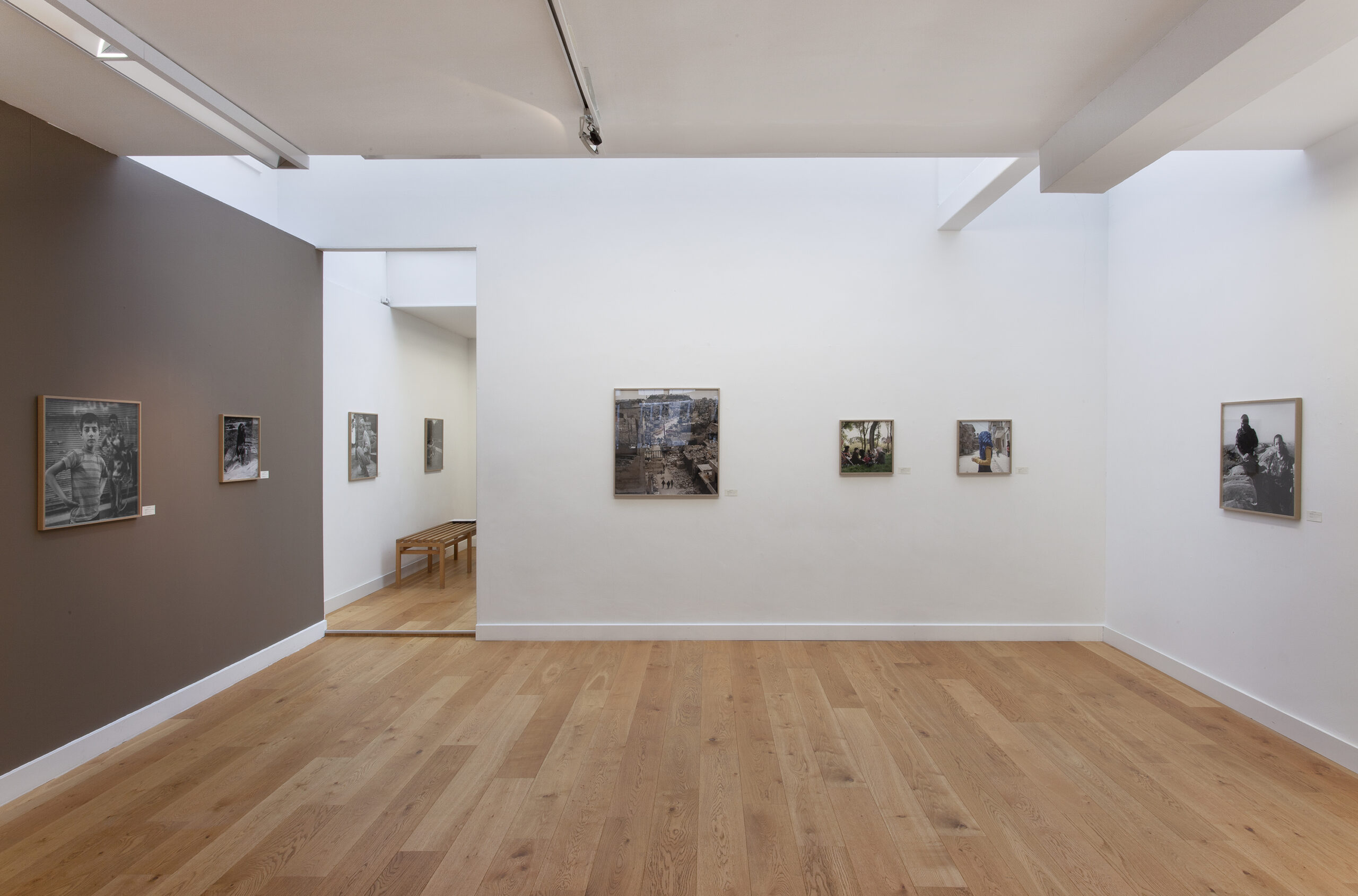 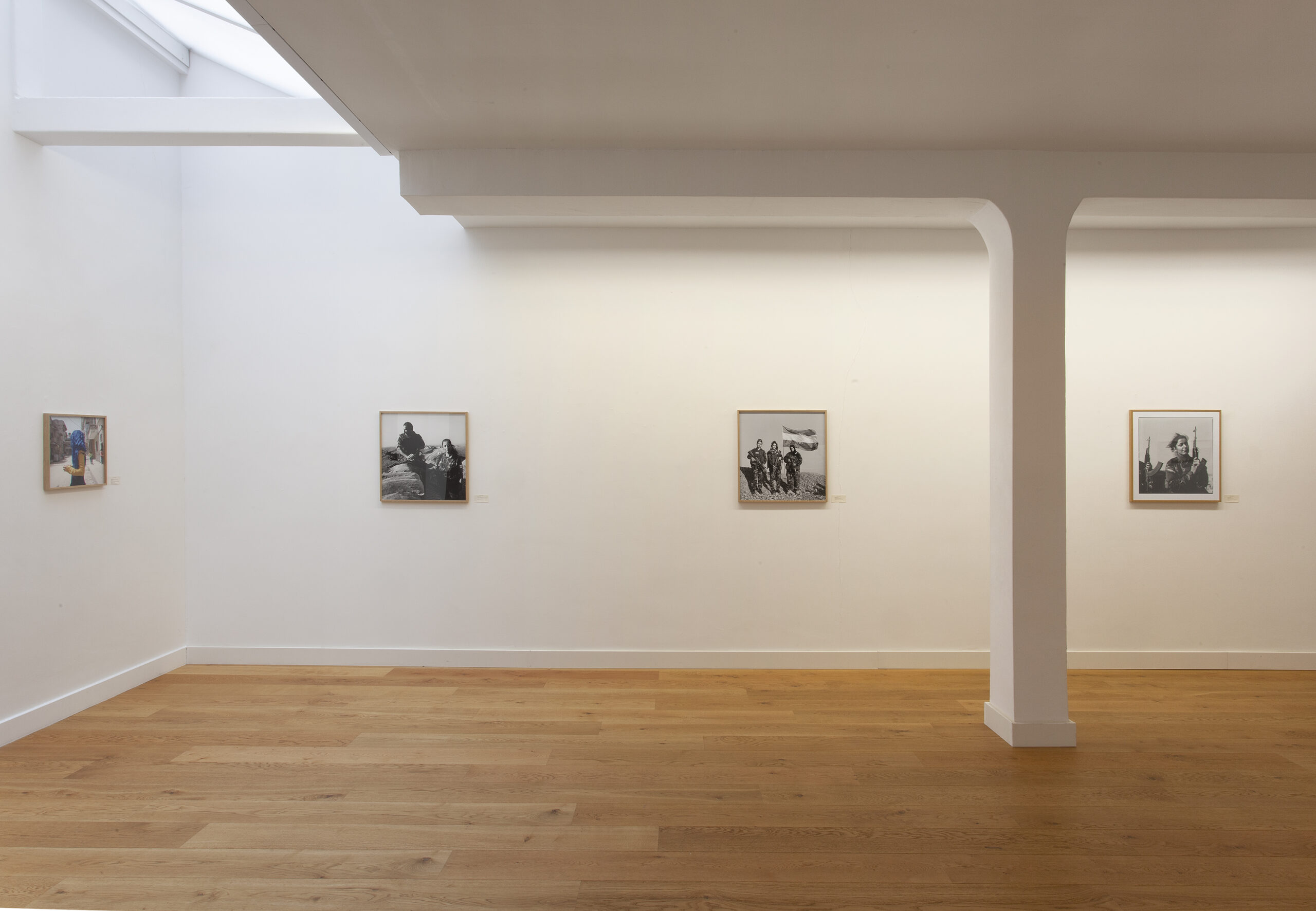 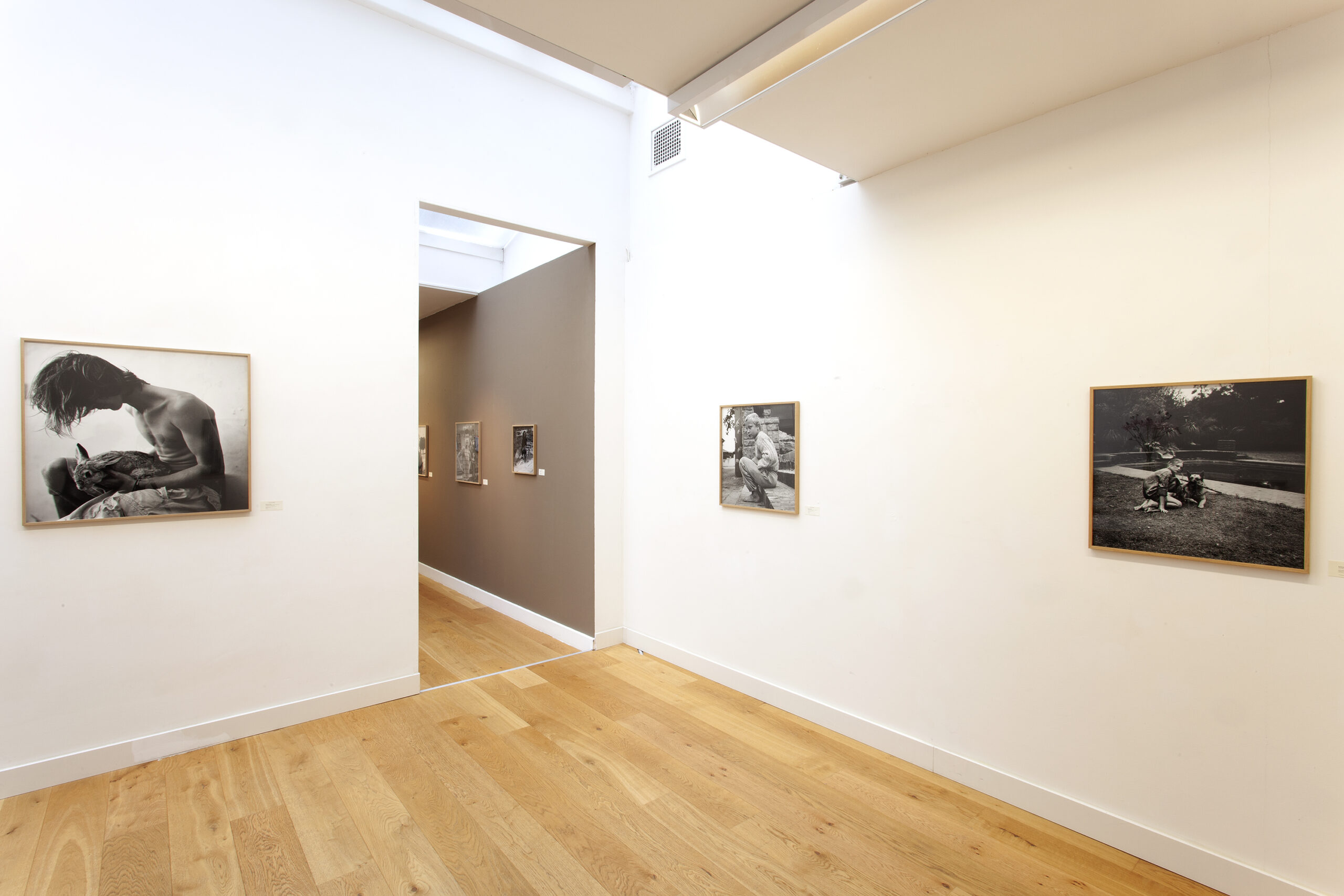 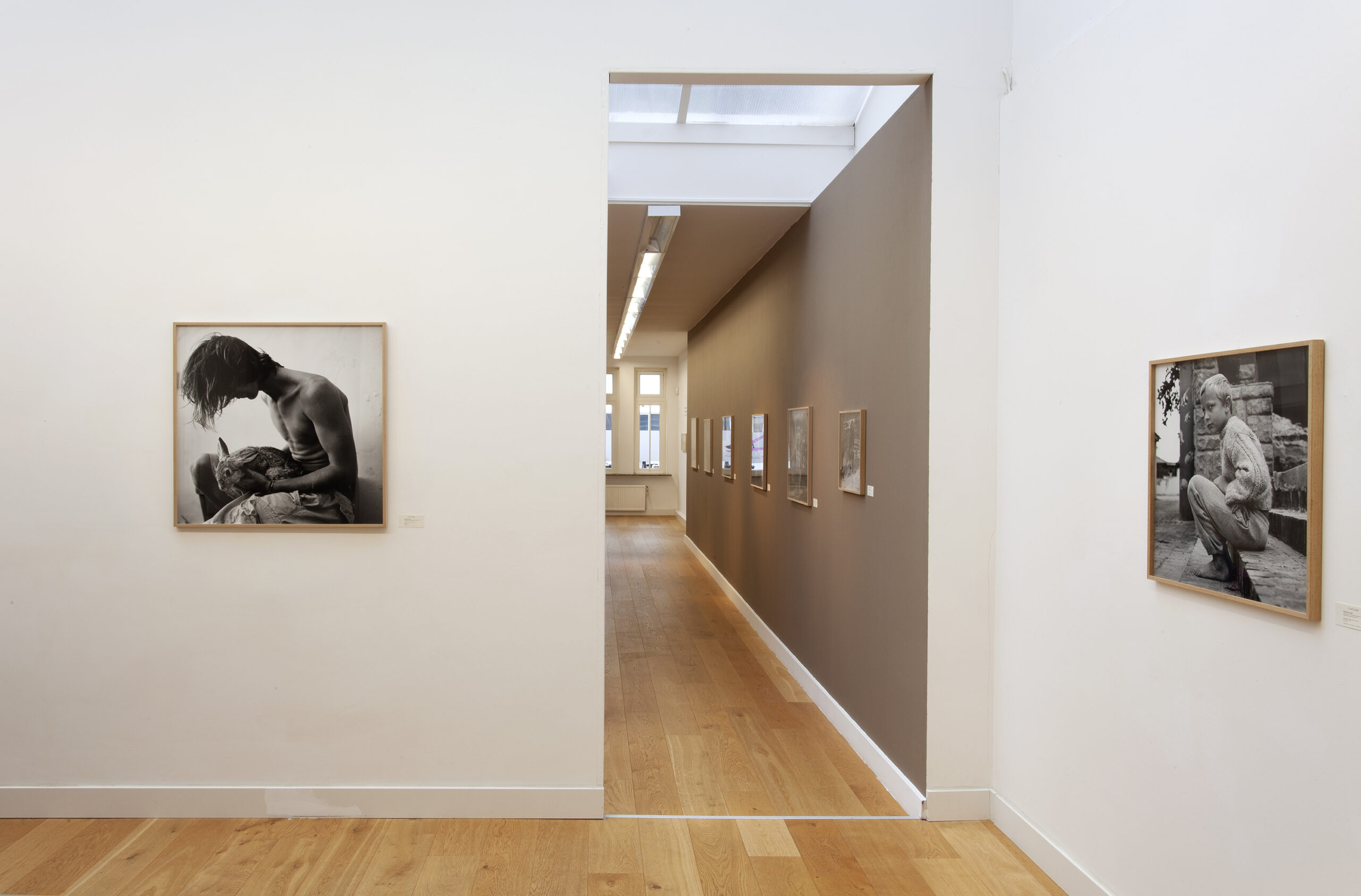 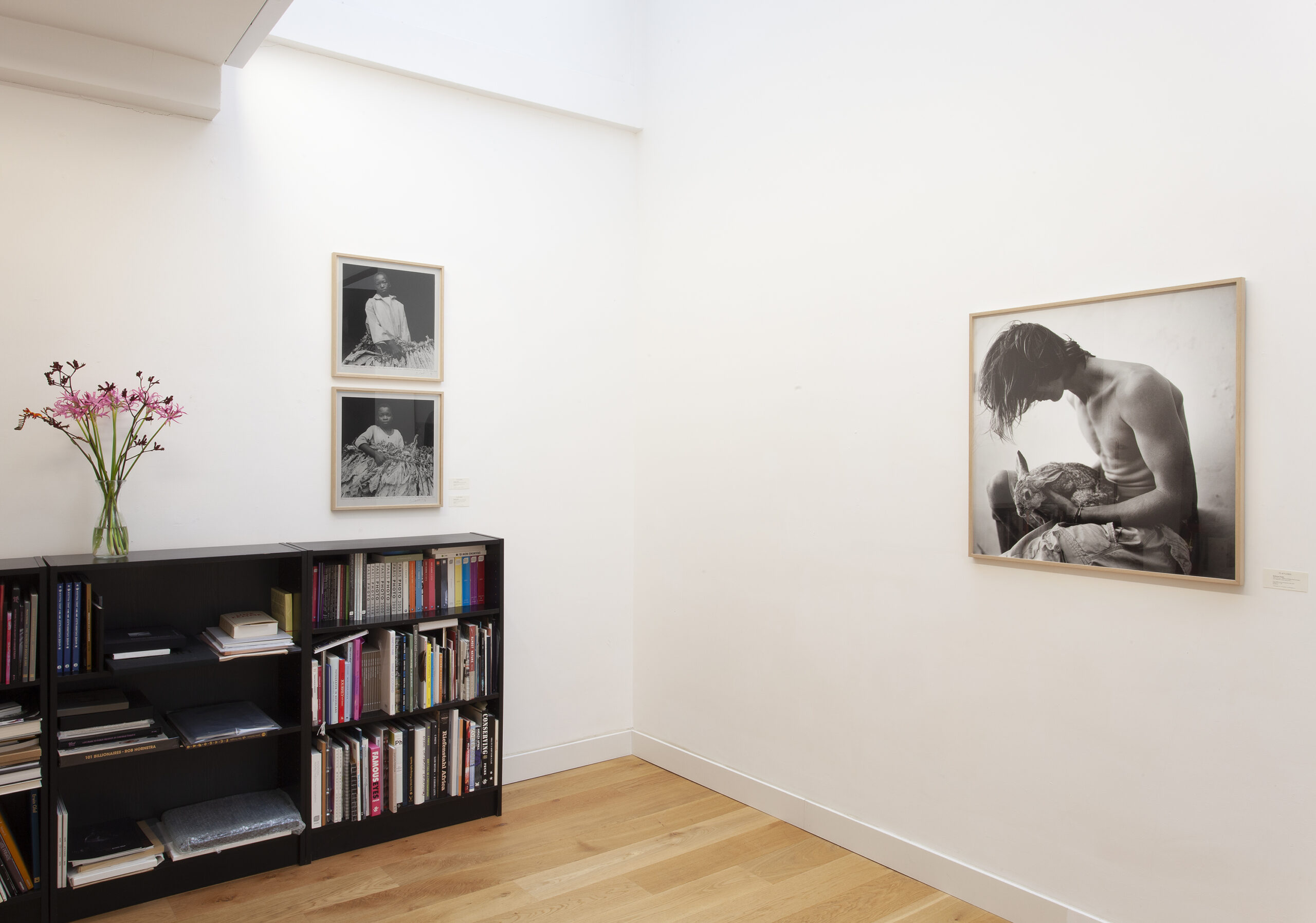 Katharine Cooper is a South African portrait and social documentary photographer who, after her studies and apprenticeship under Lucien Clerque in Arles, went back to Zimbabwe and South Africa to document the white minority, a subject shrouded in taboo. Because of its atypicality and intenseness, her series "White Africans, a Voyage to the Homeland" received the photography award from the Académie des Beaux-arts, Paris in 2012. Concerned with the dramatic events in the Near East and compelled to understand the suffering that was taking place, Cooper has travelled to Syria every year since 2015 and became one of the few women photographers to cover the aftermath of the latest wars in Syria and Iraq. In 2016 she was amongst the first photojournalist to visit Palmyra, three days after its liberation from Islamic terrorists. The exhibition at Flatland examines how Cooper’s social and conflict photography can be interpreted as artist documentary combining an artist's sensibility with a need to inform.

When looking at Cooper’s photographs from Coronation Park in Krugersdorp, South Africa, taken in 2013, at that time still a large squatter camp for poor white South Africans, one does not see the usual notorious images of unstable, lethargic looking people. Instead, Cooper's mostly black-and-white prints give light, geometry, texture, and sensuality to this subject. Though their status in Cooper’s representation remains clear and unsettling, they have fierce, vivid souls. The photograph of the adolescent ‘Nadine Vorster with Graffiti at the Krugersdorp Train Station, South Africa (2013)’ shows the fragile character of an adolescent girl. Yet a second reading tell that the bricks, the graffiti and her slightly misplaced sensual pose give the work a punch side; a reminder of her destitute situation. This is the area where Cooper moves from pure documentary photography to the field of the arts.

In the most subtle and often very shyest of fashions. Cooper captures the things that make each of her subjects stand out. Interested in revealing their individual personality, Cooper knows how to put down the boundaries between the people she photographs and herself; since for Cooper a portrait is as much a representation of herself as it is of her ostensible subject. The dignity and power of her series White Africans can be found in all of Cooper’s chosen assignments, including Iraqi Kurdistan where she visited settlements and refugee camps inhabited by hundreds of thousands of people who have been forced to flee their homes in the wake of terrorism and war. She felt the need to provide these individuals with a face and voice. In her characteristic black and white photographs she captured the Yazidis, Christians and Turkmen by depicting them as frankly and directly as possible, alternated with landscapes of desert views or with the ruins of Palmyra (Syria) in dark smokescreens.

In her portrait of Hyam Yunis Shahab and her four year-old Daughter Shaddah, just coming out of their shelter tent in the Turkmen section of the Bersawa Refugee Camp near Zakho (in Iraqi Kurdistan), there is a respectful empathy, and a closeness to her subjects, that evokes the portrait of a Young Mother, a Migrant, California by documentary photographer Dorothea Lange (1895–1965).

Her comprehensive understanding of art resulted also in her photo of a teenage girl wearing a bright blue hijab in Aleppo that is actually a study of a young girl looking away from the lens towards the destruction of Aleppo; Cooper has captured not only the devastating reality of a city ravaged by attacks both from diverse terrorist factions and pro-government Air Forces, but shows also the psychological estrangement. The photographs of Kurdish peshmerga - woman soldiers in the frontline of Kirkouk who helped defeating Daech in Iraqi Kurdistan – were published in La Nouvelle Revue d’Histoire. Displaying strong contrasts, the ‘Portrait of Peshmerga, Nishtman, 24 years old, serving under Hussein Yazdanpana’s command in the Kurdistan Freedom Party (PAK)’ was on the cover of its April 2016 issue, reminiscent of a Vogue cover.

In 2013 Katharine Cooper was awarded the photography prize from the Académie des Beaux Arts in Paris, which was followed by a solo show at the institute. In 2017-2018 a selection of her work from the Middle East was selected for the exhibition "Chrétiens d’Orient. Deux mille ans d’histoire" at the Institut du monde arabe in Paris. In 2015 Flatland published her book "White Africans, A Journey to the Homeland", that includes a text written by Phillip Prodger, former Head of Photographs Collection at the National Portrait Gallery in London. A new book "Peuples persécutés d’Orient, Carnet de voyages de Palmyre au Champ des Merles" came out in 2017. In 2018 another book "ALEPPO, MON AMOUR", published by Arnaud Bizalion Editeur, will be launched during Amsterdam Art Weekend. In every publication Cooper shows a true correspondent-style by including her own travel experiences, combined with conversations and fundamental background information on modern Middle Eastern conflicts. 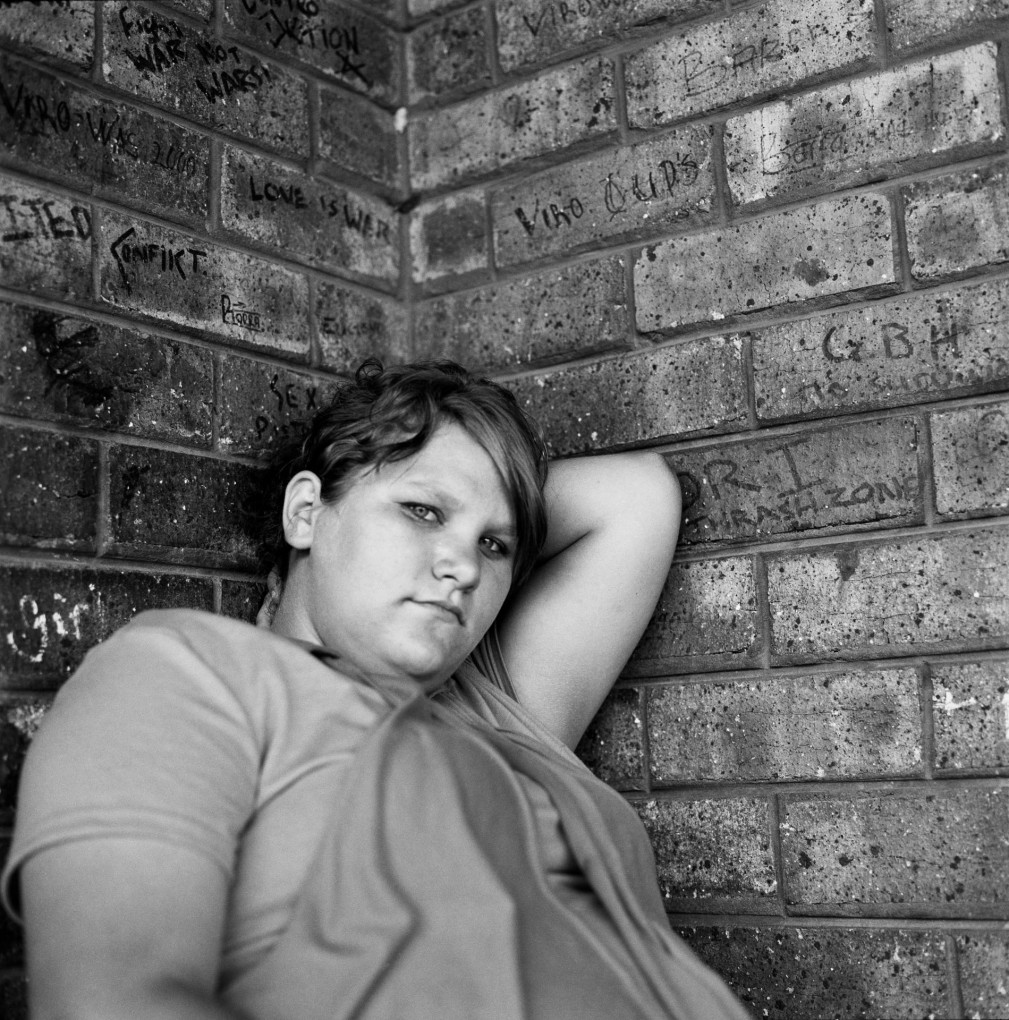 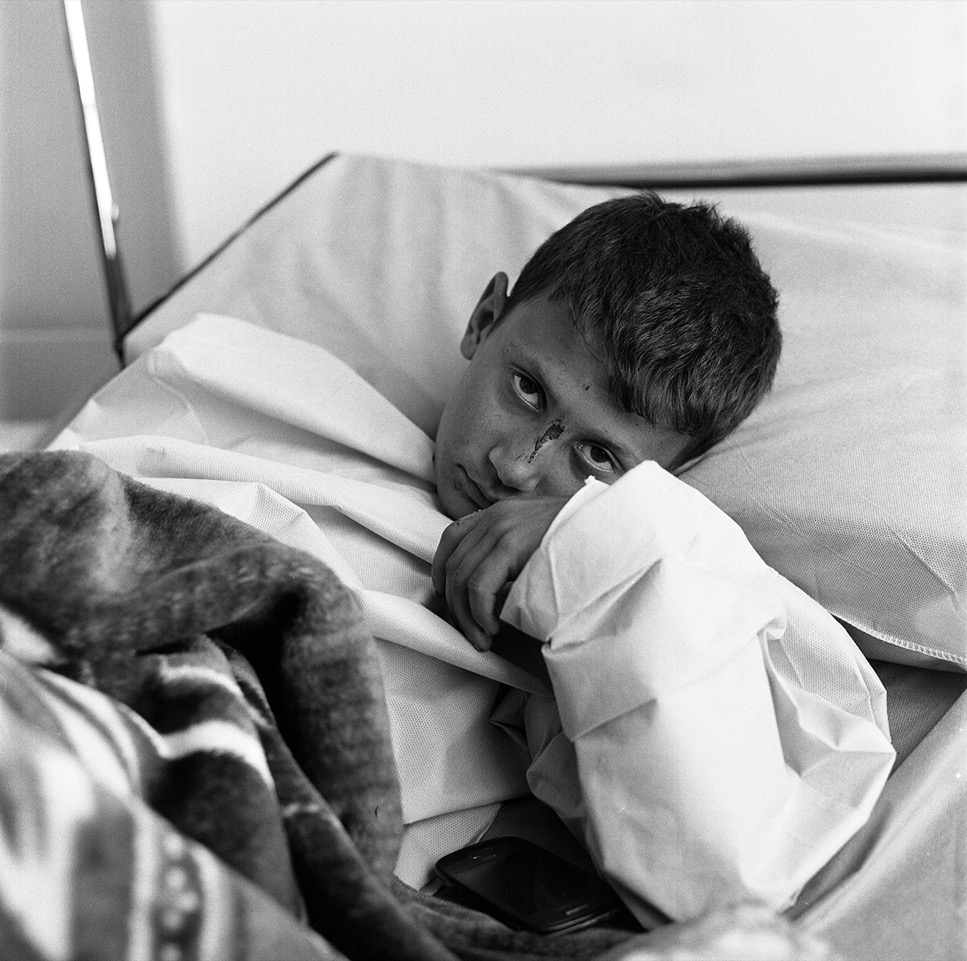 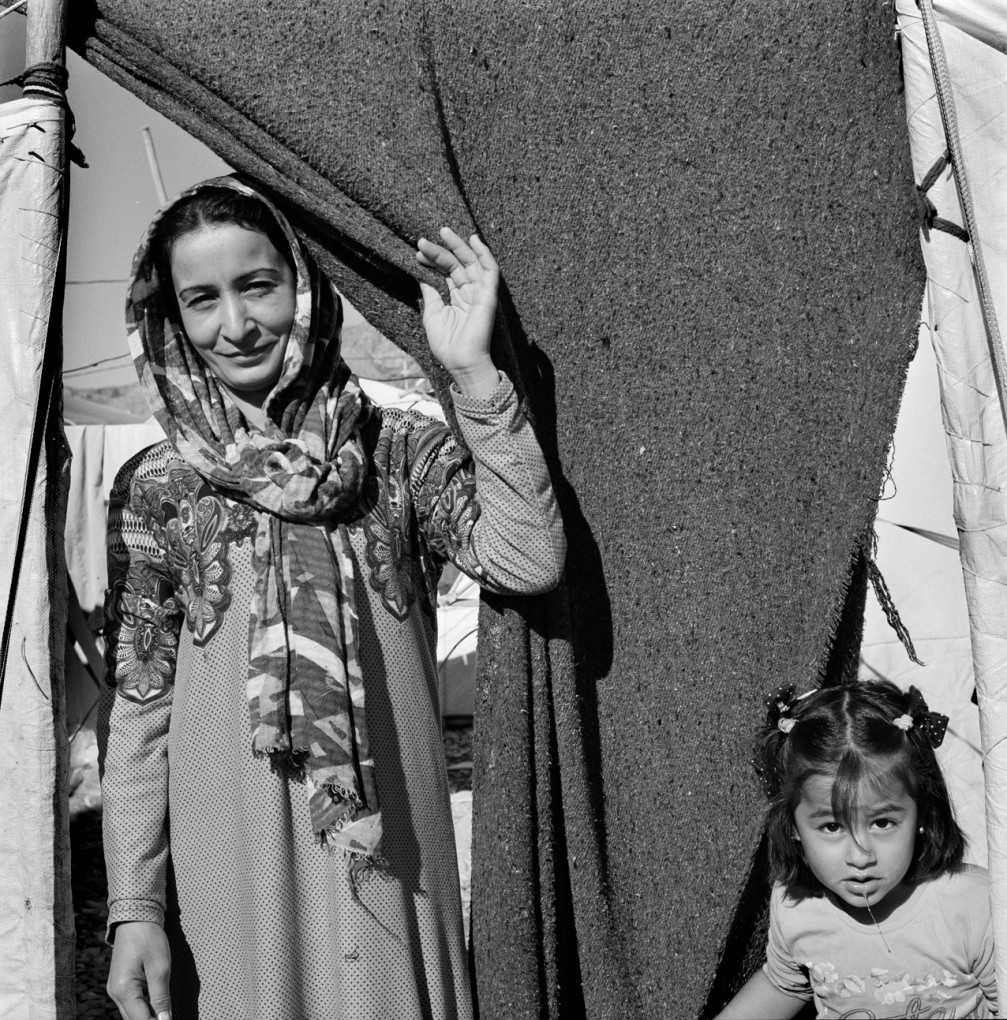