In 'Domestic Comfort' we are promptly presented with the drama's that occur between fathers, mothers, children, friends and lovers. Small episodes that appear for those directly involved much bigger. Family scenes filled with carelessness; from parents to children, from children to parents, men to women.

In the work of American photographer Jocelyn Lee we can make a delicate link to the edgy psychodrama of novelist A.M. Homes. The peculiarity of the absurdity in the lives of her normal characters, such as the small teddy bear laying on the floor at the feet of a middle-aged lady, seated in her negligee and her lacquer boots on her sofa, surveyed by one of her ancestors, immortalized in an old family portrait.

Life in general seems to be holding its secrets and sadness. In the lithographs by South African artist Marlene Dumas, one of the most prominent painters today, the subject of sexuality, love and hardship is exposed in her famous intense and psychologically charged manner. Motherhood is wild, strong and scary. Personal and political, she shows us our fears for primal forces.

In the nearly 4 minute video by Erwin Olaf 'Separation' (2003) a boy holds out his hands towards his mother, in lacquer, clearly a tale of unnamed suffering and about unspeakable fear. No violent drama, just implicit conflicts. The personas are clueless.

A notion that Guy Yanai likes to play with in his colorful striped paintings in which not humans but objects are alive, and even become more vibrant than is comfortable to witness. Domestic comfort grows slowly in the opposite direction; and when we think we are seeing the perfect happiness in the work of the 'Woman of Allah' by Shirin Neshat (born 1957, Qazvin), we are asked to think again. 'Woman of Allah' shows two beautiful Muslim women portrayed in Western eyes as sweet and submissive, yet the subject of these woman lies in the hemisphere of female warriors during the Iranian Islamic Revolution of 1979 and seem strong. Only this might again, be not the case. 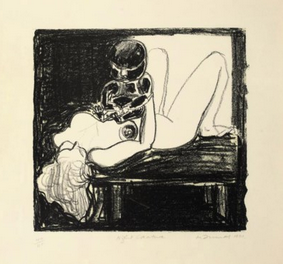 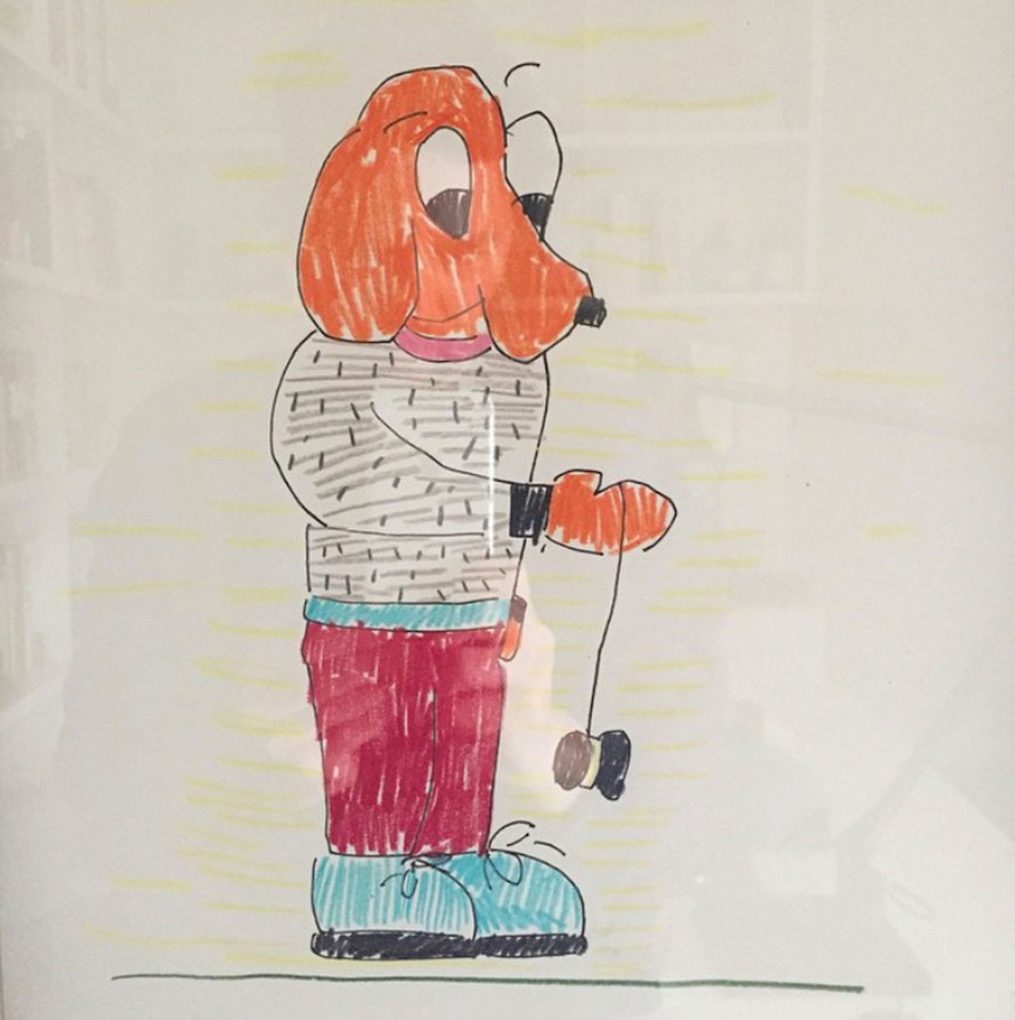 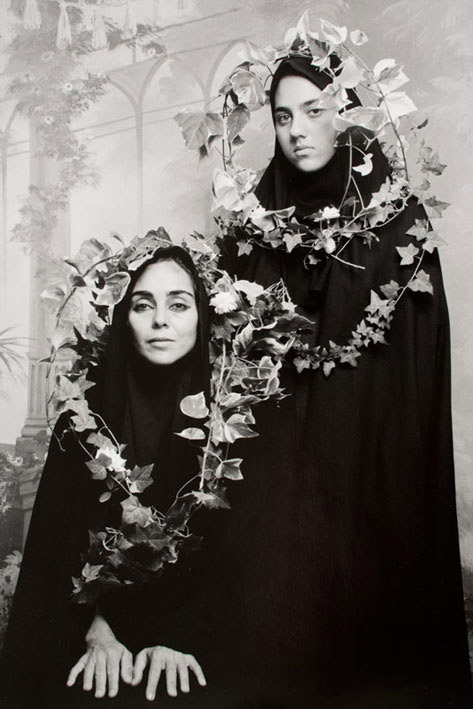 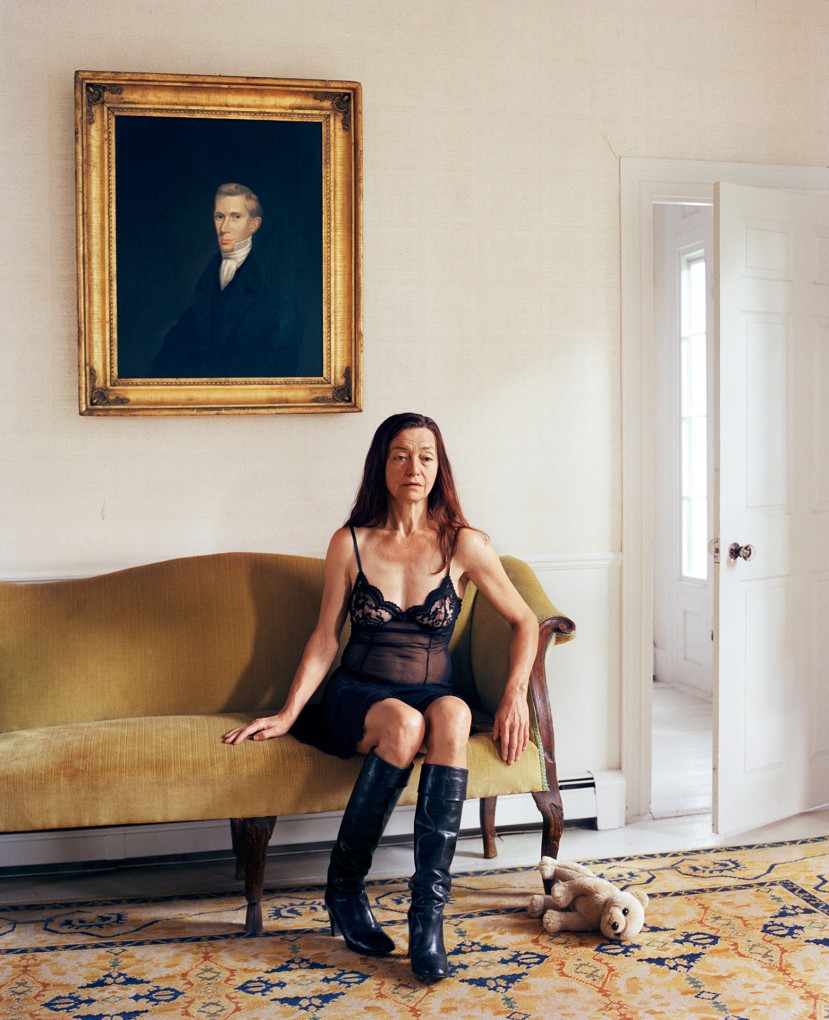 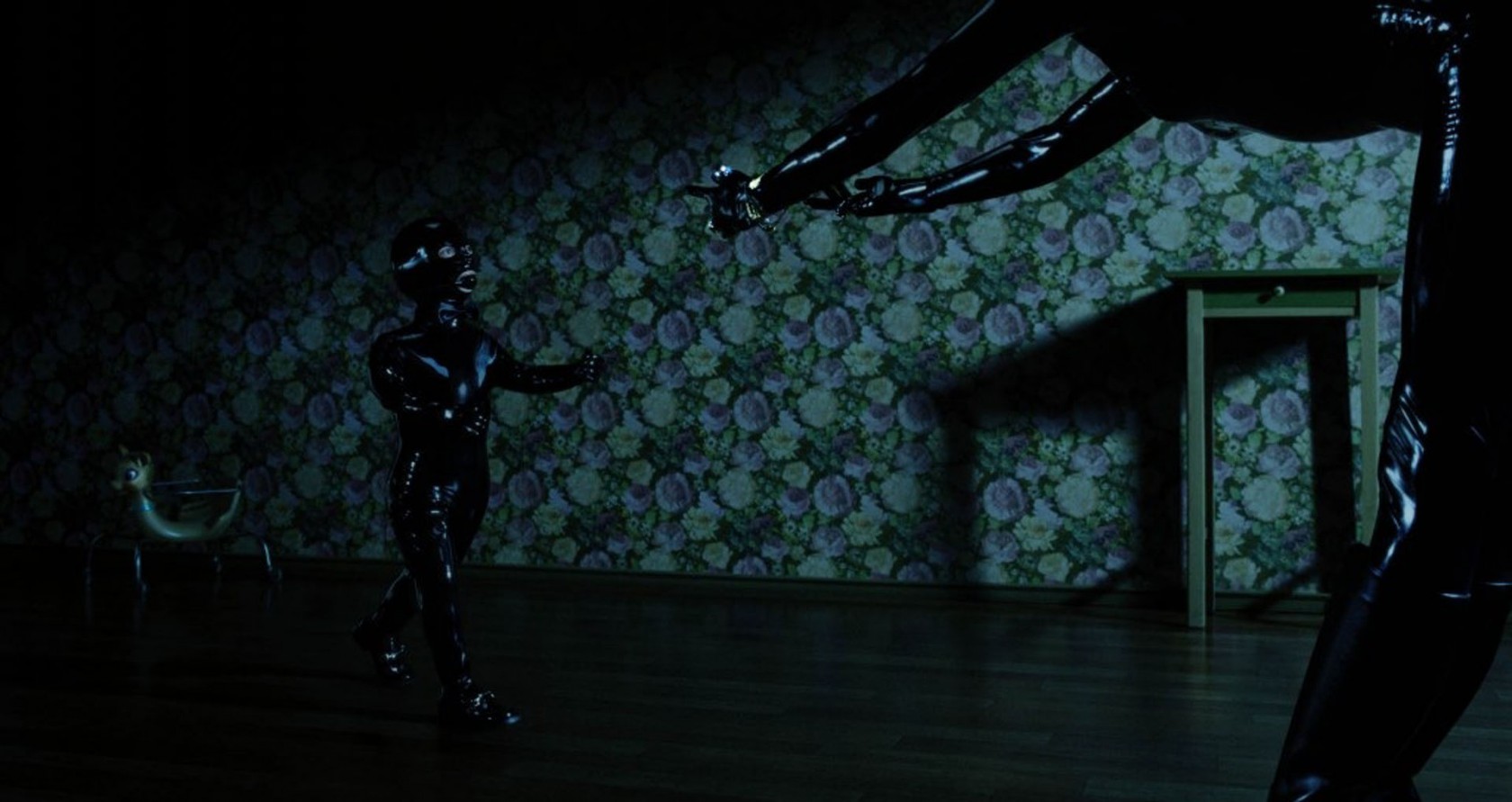