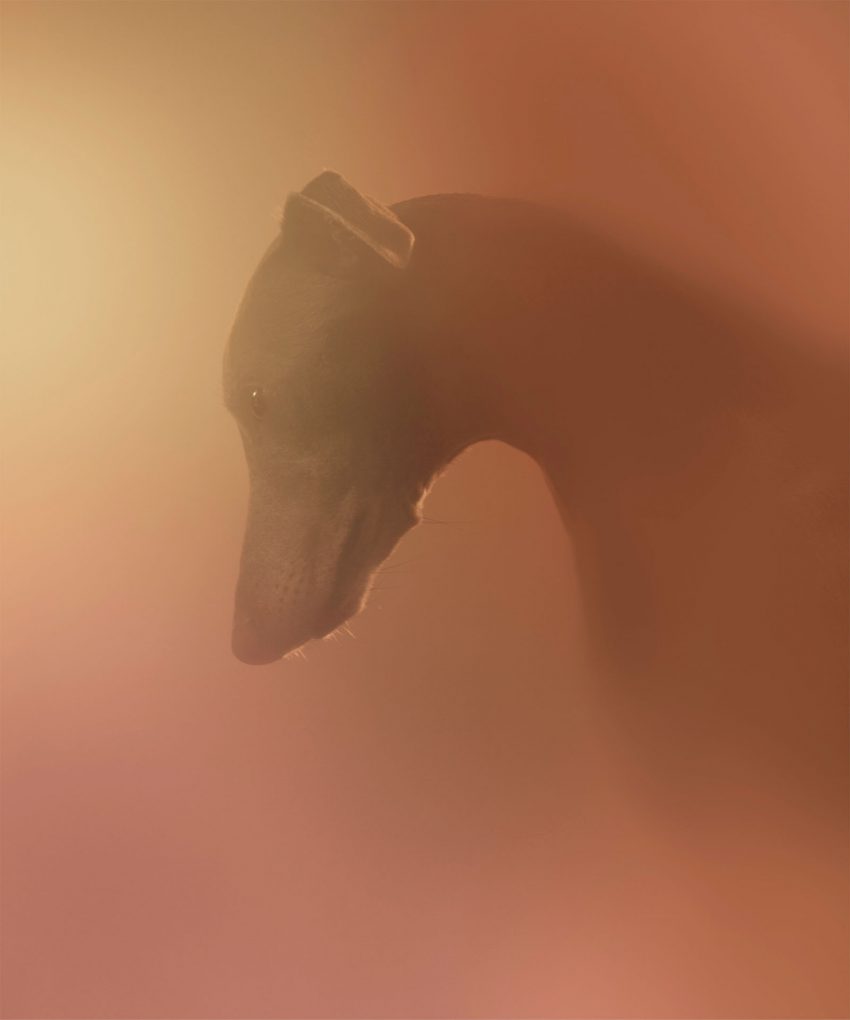 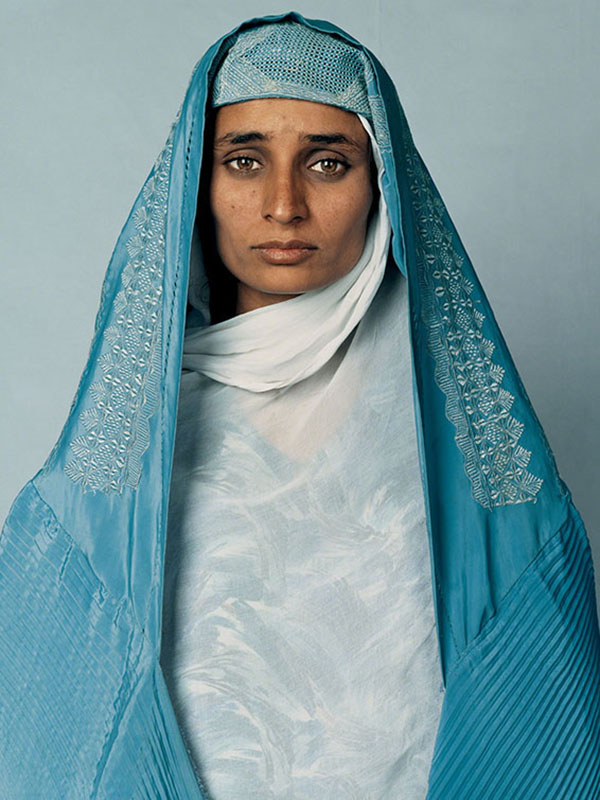 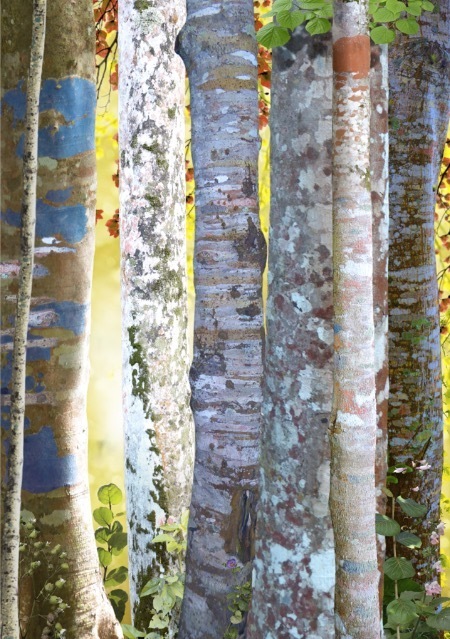 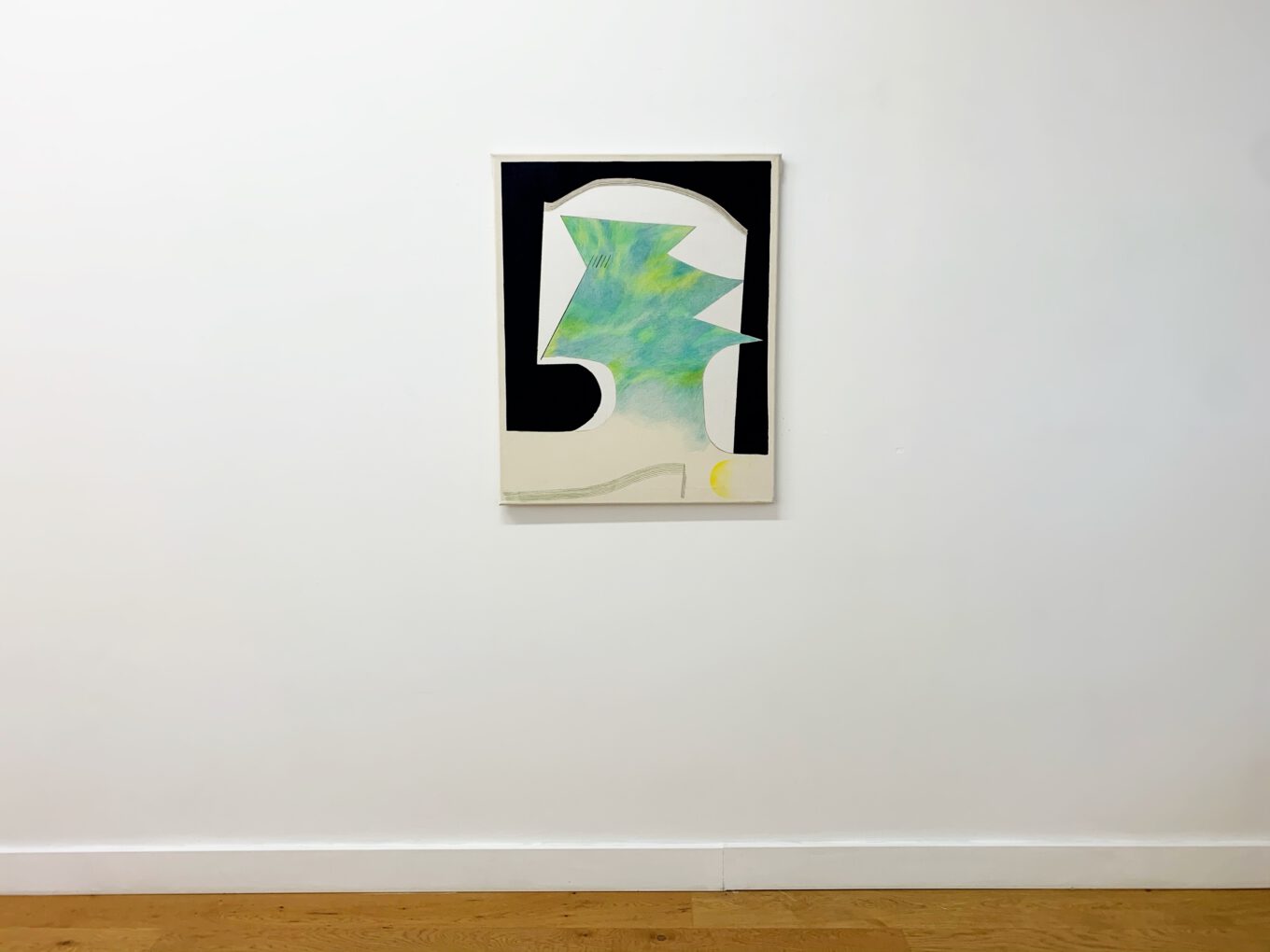 In the midst of our global communal quarantine, our gallery artists have returned to their studios and archives, to their gardens or sheds, to their rooms. Some have created new work that resonates in this current moment. Other artists have turned to their older work, to rethink, to hold against the light, to value with different eyes. All their works we are sharing with all of you will deepen the reminder to find safety, inspiration and love at home. We have invited our artist to select the 'flower' in their work. All artists are celebrated in their field. The sparkling exhibition will partly exist offline and partly online. New work made during this unprecedented period of global isolation will offer moments of true joy and reflection.

From the May 30th, every week, a new work will be presented of our gallery artists, here on our website, and shared with the respected platforms such as Artsy, Ocula, Artnet, ArtBrussels, ArtParis, Photo London, AmsterdamArt, Gallery Viewer, See All This and on our Instagram.

FIRST WORK
Starting with Untitled by Stelios Karamanolis (1977, Athens) who creates a world full of strange figures and things to which we are not fully attuned to. The lack of pictorial depth, typical within ceramics, wall paintings and relief sculpture of the antiquity, reinforces and acknowledges the artist’s own ancestry.

The work Untitled by Stelios Karamanolis, first work for the exhibition Flowers are part of our story and our history, has also been selected for project Unlocked/Reconnected; an initiative that brings together a wide range of 'houses for art': museums, institutes for presentation, galleries, artists' initiatives and corporate collections. Participating institutes are among others Museum Belvédère, De Pont, Boijmans van Beuningen, Van Gogh Museum and Kröller-Müller Museum. The point of departure for Unlocked/Reconnected is the idea of solidarity, the will to reflect collectively on what home is. Unlocked/Reconnected underlines the importance of art and culture in this period of global crisis.

SECOND WORK
Guy Yanai’s painting Small Gilbao Plant (2019) is this week’s selected work. In Guy Yanai’s painting, color underlies form. The subject of this work, a well-kept artificial houseplant, exudes a melancholic feeling. But through the distress and tension evident on the surface we perceive a sense of liberty. The subject matter of the plant is deconstructed into flattened and multilayered constructs and through its limitless, strong, colors expresses an optimism that ultimately prevails.

THIRD WORK
This week’s addition is the staggering work Collage #5 (2017) from Ruud van Empel. Collage #5 evokes contemplations on what a photographic image exactly is today and how far you can go to alter, break and liquify these boundaries. The work calls to mind the iconic abstract and conceptual paintings of Gerhard Richter, such as Cage II (2015). Both Richter and Van Empel are playing with the contradiction between representation and abstraction through the techniques of assembling and overlaying. This also becomes clear in the title of the work of Van Empel, Collage, which refers to the analogue production of cut and paste. Richter once stated: “Since there is no such thing as absolute rightness and truth, we always pursue the artificial, leading, human truth.”. This is what Van Empel does as well, he activates his art as a formative part in the manufacturing of his own truth.

FOURTH WORK
The sensitive portrait of a dog, I Love You (2013) from London based photographer Martin Usborne is the fourth work in the exhibition. The dog is captured in a manner we usually see humans being portrayed. In the orange and yellow mist, we see an abandoned animal with a mysterious gaze. The eyes reveal the voicelessness of animals and their hidden pains and give these enigmatic thoughts an anthropomorphic character. This is quality Usborne mastered in his oeuvre, often bridging the divide between humans and other animals. He states: “I want to show the way in which animals are silenced and controlled by humans whilst also celebrating them as beautiful, strong individual beings.” The work of Usborne is in the collection of the National Portrait Gallery, London.

FIFTH WORK
One of the great masters of documentary photography, James Mollison, captured a hard-hitting story of human’s suffering through portraits. Selected for week 5 of the evolving exhibition ‘Flowers are part of our story and our history’ is the compelling photograph of Basima in Afghanistan.
The work is part of the project Hunger, that shows humans that are in life threatening contexts caused by hunger. Mollison traveled to among others Afghanistan to visit projects supported by the United Nations World Food Program. Mollison felt desensitized to images of poverty – since the peoples’ worlds seem so far away from the west. He decided to take a mobile studio and remove the exotic backdrops and present the portrayed as individuals, with their stories. Basima is 16 at the time she is photographed in Afghanistan. “Under the Taliban The Ministry of Vice and Virtue enforced bans on music, dancing, television, radio, kite flying and wearing white socks. Women were only allowed out of their homes if accompanied by a male chaperone – and were forced to wear a burka. They became completely secluded – both visually and physically – from men and the male gaze, as prescribed by traditional rural Islamic law. Women were also banned from working, so for some, earning enough to support their families became increasingly difficult, especially for widows.”

SIXTH WORK
Known for his redefining and criticizing colonial history, FLATLAND presents Jasper de Beijer’s Buitenpost #01 (2004). Buitenpost is a special series from De Beijer, both on a conceptual and executional level. Conceptually, he became inspired by a study trip he had made to Indonesia and saw the surviving traces of the country’s Dutch colonial era. He developed a visual reconstruction of the absurdism of Western imperialism, needed as is evident today, to reshape history. Jasper de Beijer’s oeuvre since thematically deals with cultural identity; questioning and altering common believes of Western culture. In terms of execution, Buitenpost marked the first time De Beijer used models and staged scenes as a starting point for manipulated photographic images. The human and butterfly depicted in Buitenpost #01 are carefully modeled with paper masks, a real human and a computer-generated background.
De Beijer has been selected by curator Diana Wind to receive a large solo exhibition at Museum Rijswijk in 2021, which was awarded the Agnes van den Brandeler Museum Prize 2020.

SEVENTH WORK
Moving Flower #4 is the newest work made by Kim Boske this spring. It is the seventh work in the ever-evolving exhibition Flowers are part of our story and our history. During the lockdown in The Netherlands, Boske returned to her studio and archive to create new work that resonates the current zeitgeist. Her new work is a ‘collaboration’ between 17th century Master Paintings, freshly found weeds and meadow flowers, and the circulation of natural indigo fermentation in the shape of a flower. Kim Boske masters a unique photographic technique of interlaying. In a subtle way the artist transforms our imagination of what we see, through manipulating her subjects – almost always natural - in a subtle manner. Moving Flowers #4 is a piece that redefines the relationship to a changing world again and again, whilst redefining the formal aspects of the medium of photography.

EIGHTH WORK
“We use the radio to convey a message of reconciliation, unity, prevention of conflict and the healing of trauma.” Anoek Steketee photographed an enigmatic tree with velvety red leaves, set in a dusty background: Musambira 4, Ruseka village, Musambira, South (2014). It is part of the series Love Radio, a transmedia documentary about the process of reconciliation in post-genocide Rwanda. This tells the story of Musekeweya, ‘New Dawn’, a popular radio soap created to prevent new outbursts of violence. “If you want to communicate with people, you use the radio. Because you know radio can reach people. Everywhere, immediately”. The photo series, alongside the web documentary and tap stories, was exhibited at Foam, Photography Museum Amsterdam. Love Radio is an initiative of filmmaker and journalist Eefje Blankevoort and photographer Anoek Steketee.

NINTH WORK
South African photographer Katharine Cooper (1978) spent weeks in the village of Saint Sever immersed in the archaic, alien and contradictory world of French bullfighting. Bullfighter - her latest body of work - documents this experience in a series which captures the violent and and grim realities of the occupation alongside intimate moments of fear and tenderness. Cooper, after having seen dozens of bullfights with her own eyes, felt ready in 2019 to take her first photographs at a corrida. Her latest series, Bullfighter, documents this experience by following a young French matador Clemente as he tries to establish himself in the harsh world of la Tauromachie, from training sessions in the Campo, to the ceremonious stage of la corrida. The images create a nuanced and detailed narrative which transport the viewer into this primal world. Cooper brings into sharp focus the contradictions between the romanticized spectacle of the tradition, and the highly physical, almost abject, realities of the fight.

TENTH WORK
In the exhibition is added TRAPPED IN THE CITY OF A THOUSAND MOUNTAINS by David Verbeek. Cannes award winning director, video artist and photographer David Verbeek filmed the Chinese Trap (hip hop), a new phenomenon that has taken the internet by storm, yet is simultaneously censored. This 20 minute video guides you through one night in Chongqing, one of China’s biggest cities, and shows you a rhythmic and dangerous inside view of a lively underground of trap music where young Chinese try to express their artistic resistance against the lack of freedom.

ELEVENTH WORK
…ministers to resign over the blast….. speculation that the government could resign en masse....Beirut...

The blast on 4 August killed at least 160 people, wounded about 6,000, destroyed the country’s main port and damaged large parts of the capital. Losses from the blast are estimated to be between $10bn and $15bn. Nearly 300,000 people were left homeless in the immediate aftermath. (Source: Guardian)

The disaster has been widely blamed on years of corruption and neglect by the entrenched political leadership that has governed Lebanon since the 1975-1990 civil
war.

In 2016 Dutch photographer Jeroen Robert Kramer's work was exhibited at Huis Marseille, Amsterdam. In the show 'Une Femme', Kramer has sketched the life of living in Beirut in the aftermath of civil war (or Lebanese civil war) that profoundly disrupted society. But Kramer, who walked out on his earlier work as a war photographer, searched only for beauty rather than terror. Let's hope that these small pockets of beauty will support the people of Beirut in this troublesome time. 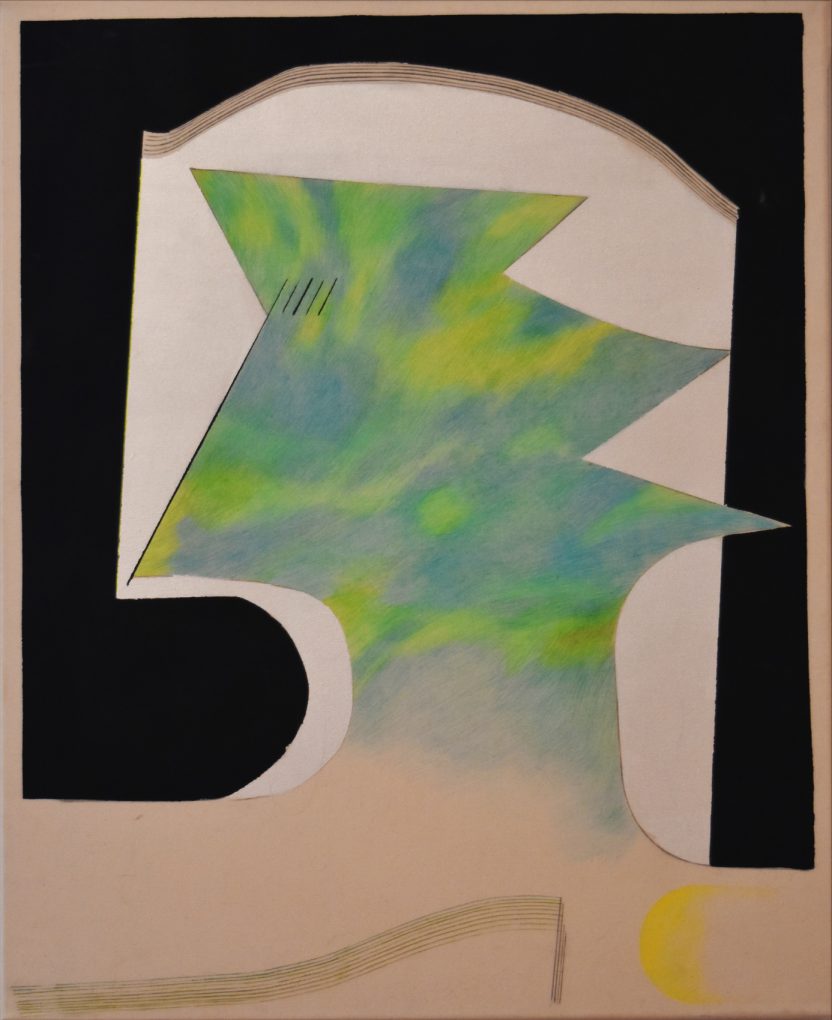 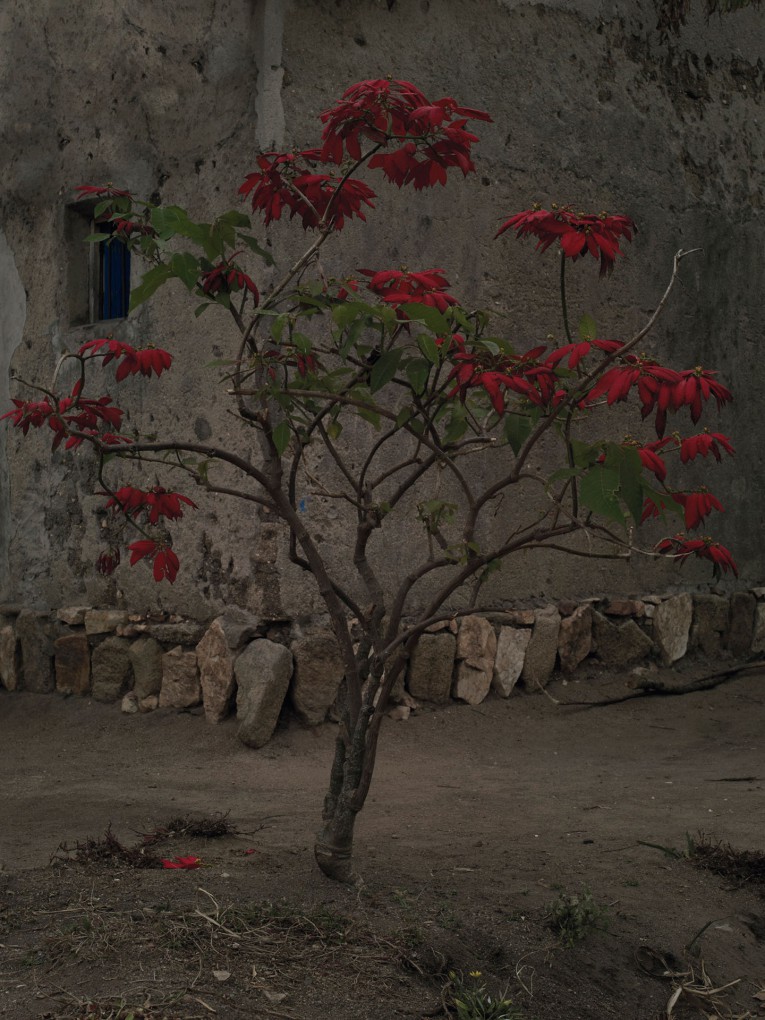 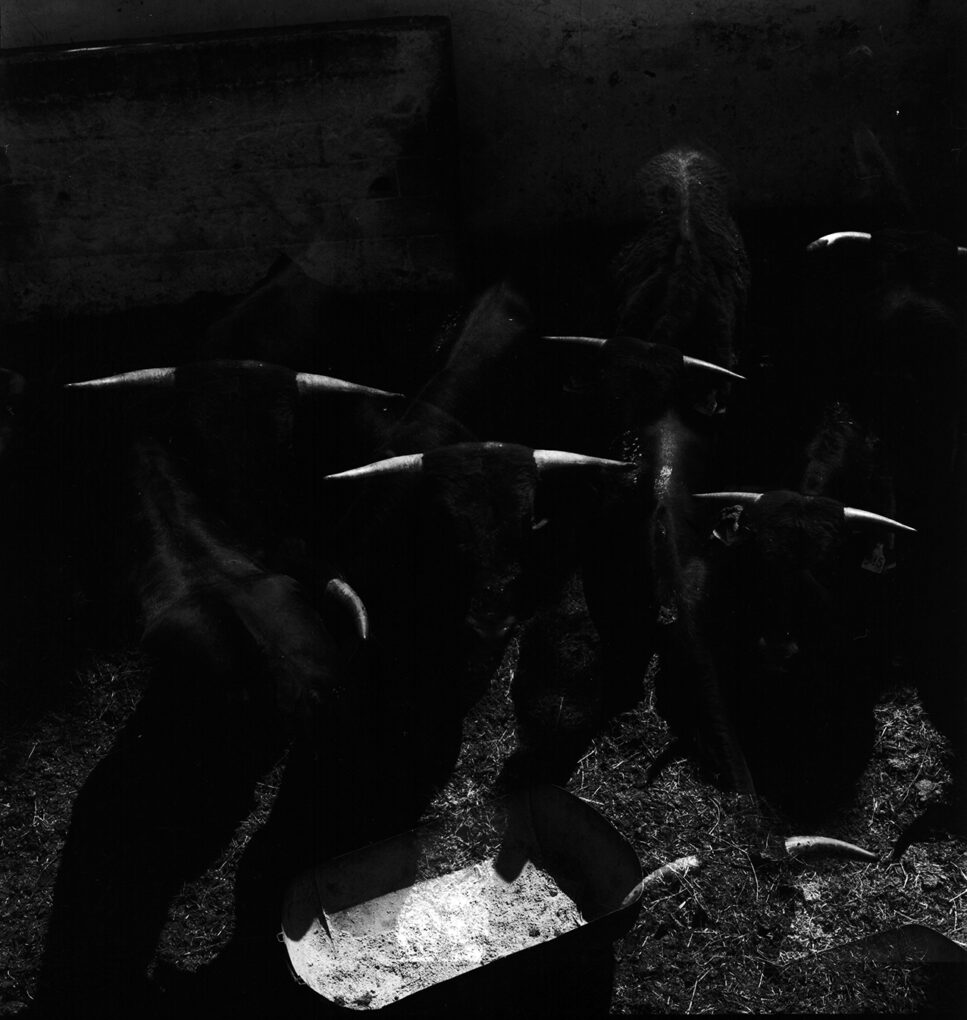 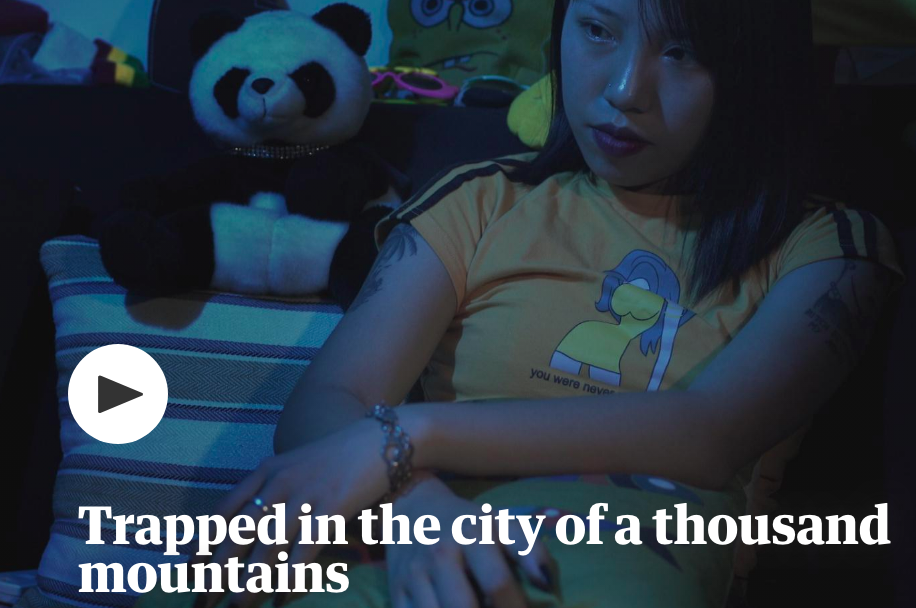