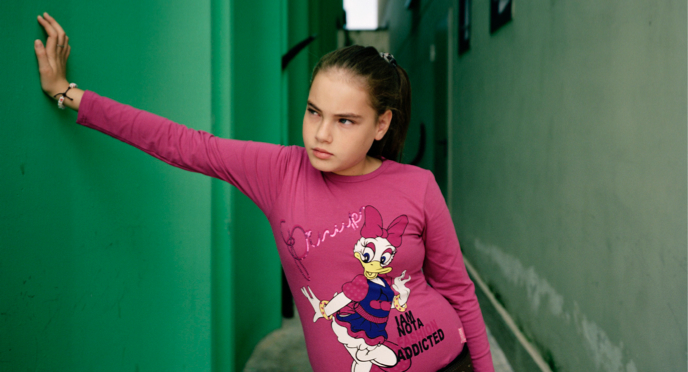 'Gomorrah Girl' is almost a documentary about adolescence, choices and chances in a land of Camorrah (the name of the Mafia in Naples). On March 27 2004, Annalisa Durante, a young woman of 14 years was caught in the crossfire of violence in “the land of Camorrah,” (the name for the Mafia in Naples). ‘Gomorrah Girl’ shows the difficulties of growing up as a young girl in a dangerous and criminal area. At age 9 they make themselves up as TV personalities and dream of becoming one of them. At age 13 or 14 they often become mothers, skipping the adolescence which is lived fully everywhere else in Italy. This photographic journey by Valerio Spada starts from Annalisa's father, Giovanni Durante, who still works in the same store in Forcella. Since that day he brings breakfast with milk at 9 every morning to his daughter's grave. Annalisa was buried along with her cell phone, which was her father's wish, since she used to call him five times per day, every day.