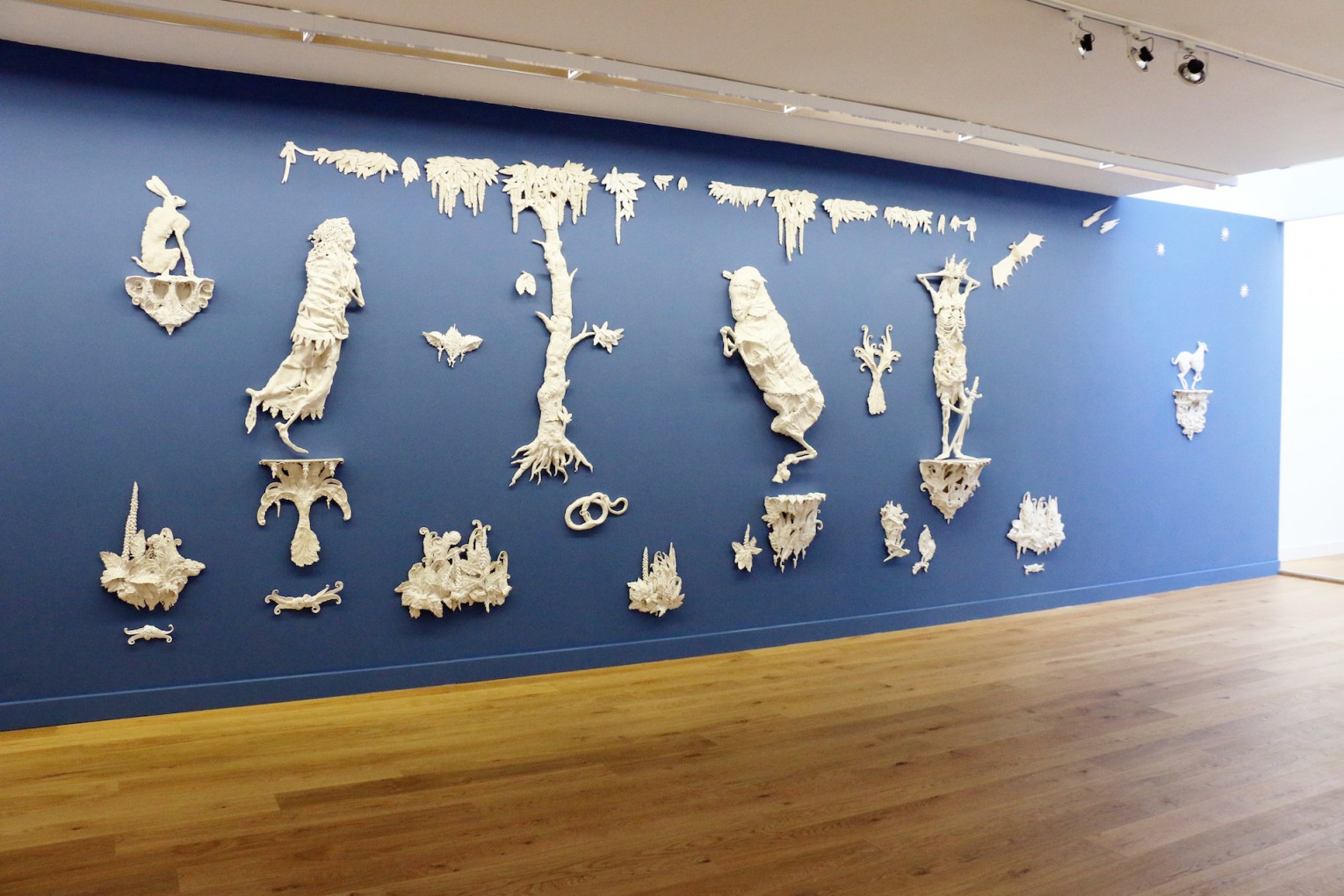 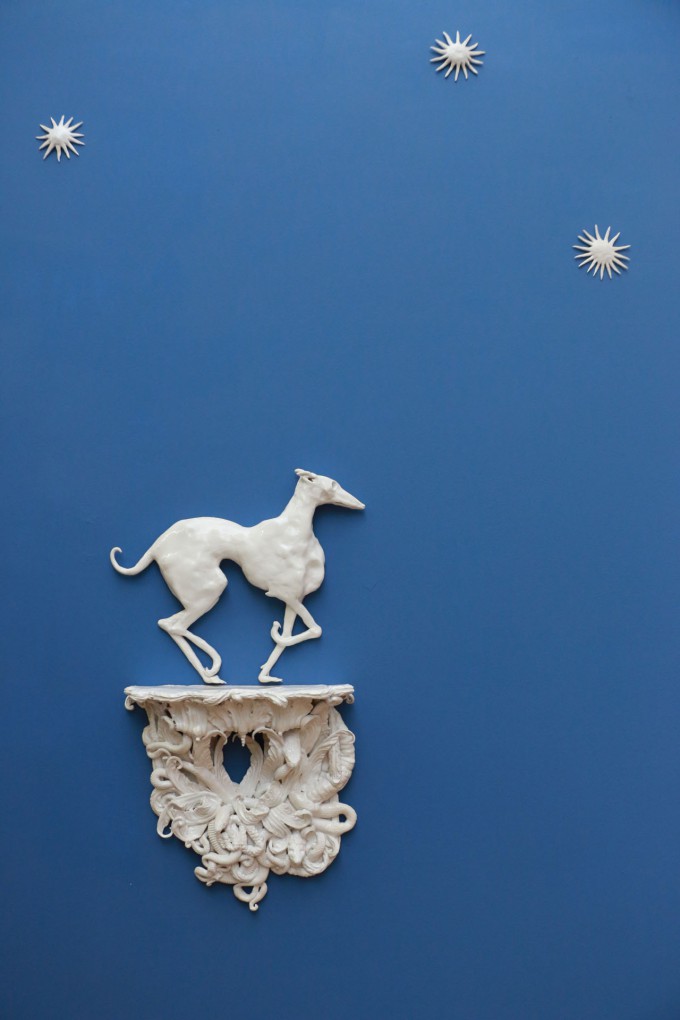 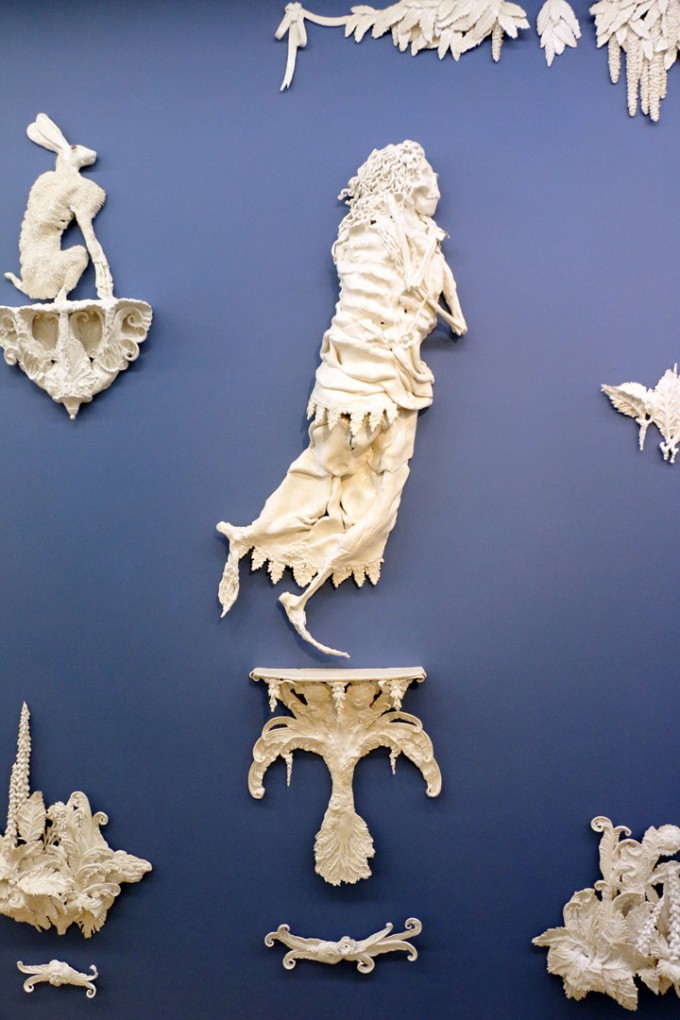 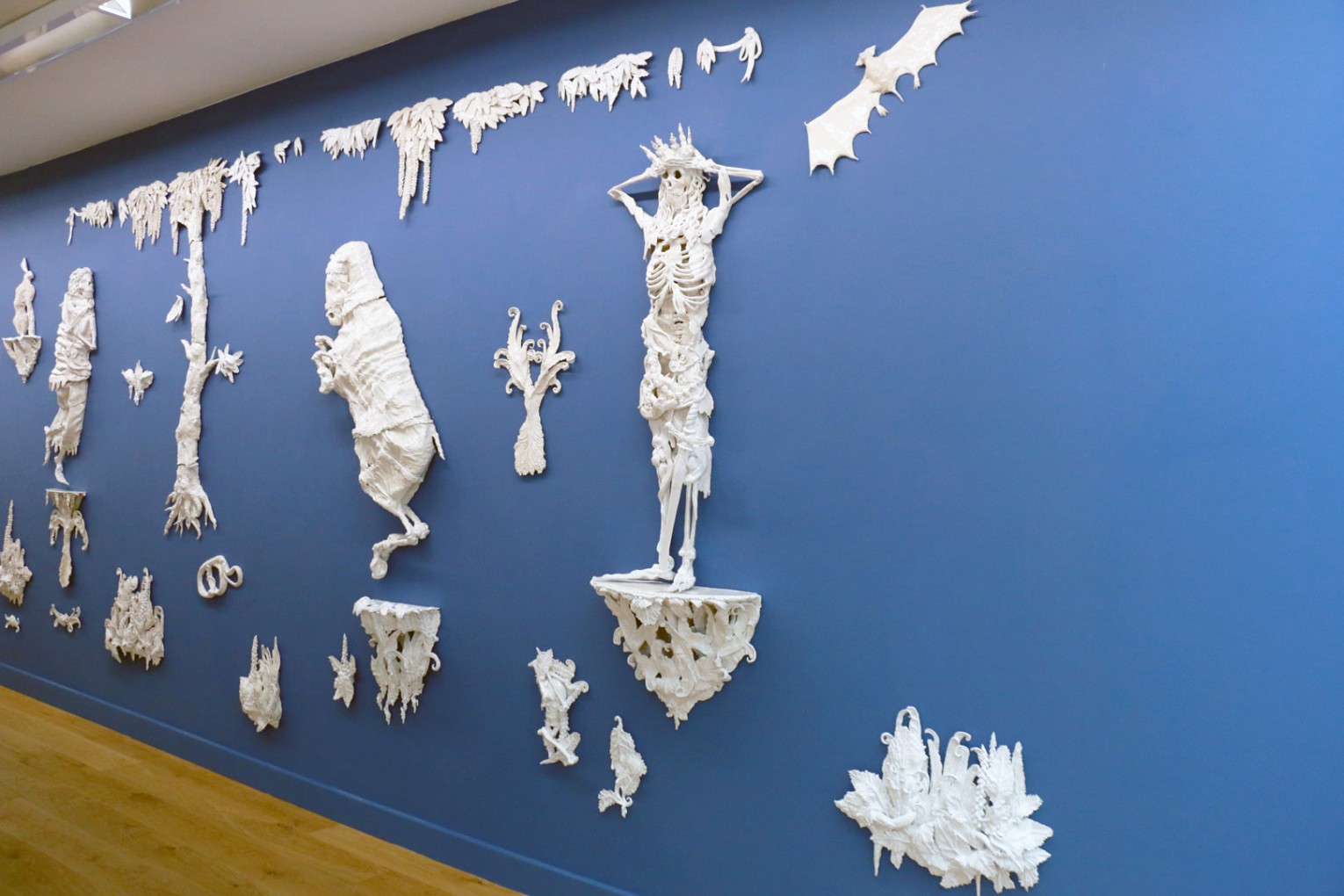 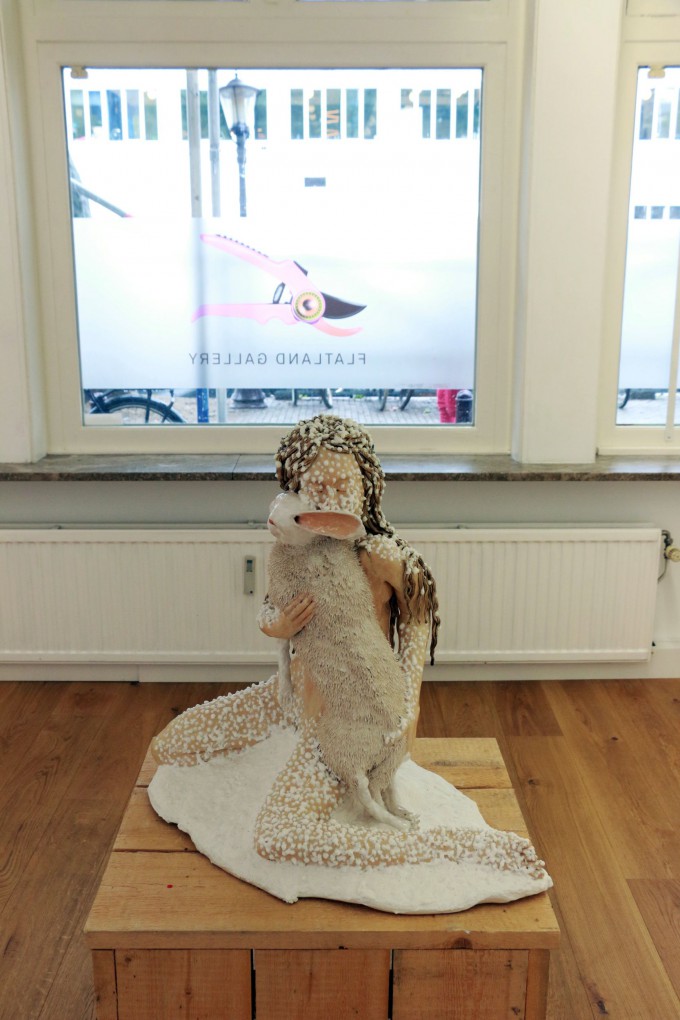 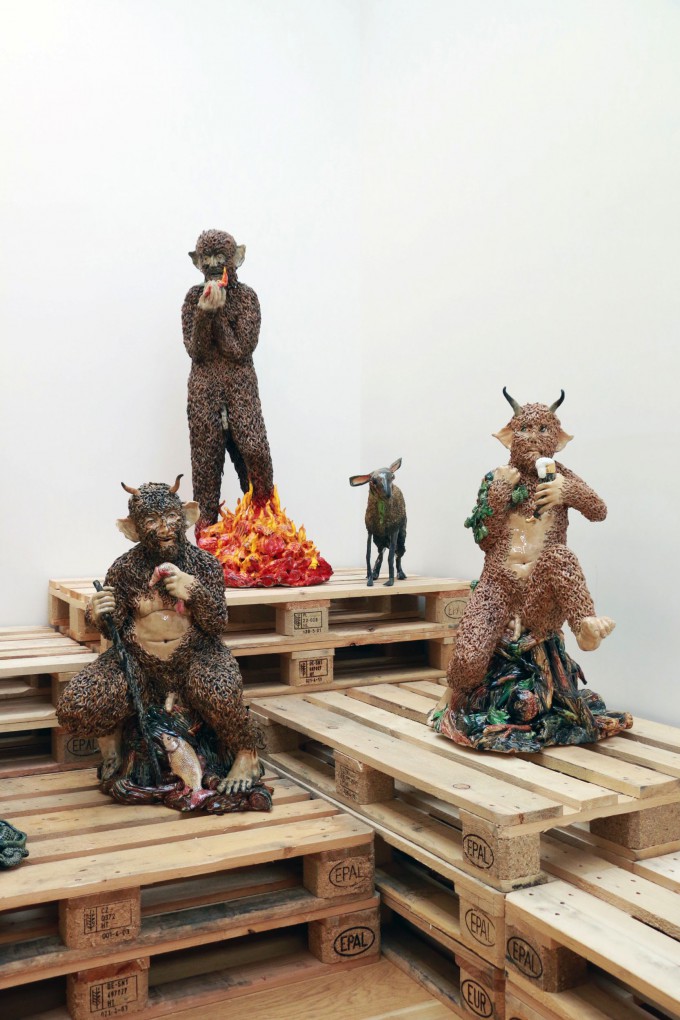 Flatland Gallery is pleased to announce the solo exhibition of Carolein Smit’s newest works L'amour fou (walls of art). The show forms a preview of Smit’s grand solo exposition, taking place at the Victoria and Albert Museum in London in 2017/2018. It will present the artist’s white ceramic reliefs in a classical, Jasperware-like setting, displaying them on light grey-blue walls.

Smit’s newest project will not go unnoticed. Throughout the history of painting two contrasting artistic approaches can be traced. The first of them is strictly integrating an artwork within the walls, where it is presented, forming an optical illusion, trompe l’oeil. This originated in fresco painting in antiquity (think of Pompeii) and gained notable popularity in the baroque, when artists strove to trick the human eye. Such creativity continues to this day, and is also visible in contemporary art. In 2014 this could be seen in the works by Jasper Johns and Roy Lichtenstein during the exhibition “Walls” at the Castelli Gallery in New York. The show focused on the idea of incorporating a portion of a wall into the subject matter of an artwork.

The second artistic attitude towards walls forms a contrast with the aforementioned one. Here painters present artworks in a three dimensional fashion, with part of it protruding out of the flat surface into the space of the viewer. Cubistic and Dadaistic assemblages come to mind, as well as conceptual paintings. Famous examples can also be seen in Anselm Kiefer’s artworks using mixed media and applications, or Robert Rauschenberg’s addition of found objects to his paintings. These artists created their paintings for different reasons to express various ideas, but used similar techniques.

Not only in paintings, but also in sculptures the appreciating of walls can be spotted. Carolein Smit is shifting from her three-dimensional style of sculpting towards two-dimensional reliefs, hanging flat on walls. Her works are being both literally and figuratively speaking in close connection with their background. Walls, whose colours are deliberately chosen by the artist to be grey-blue, are integrated in her newest project. Without them the artworks would not be complete. Her white, shiny reliefs decorate the surrounding and together with their background form an inseparable whole. The classical usage of colours and ornaments intentionally evokes the style of Josiah Wedgwood’s Jasperware (18th cent). The walls and reliefs themselves seem to be a part of a grand vase, whose limits are beyond vision, engulfing the viewer within. The exhibition space becomes a Gesamtkunstwerk, where walls are no longer mere boundaries, where the location is no longer simply the gallery, and where the viewer is no longer only a spectator, but all the present elements together are employed to serve one purpose: art.

Biography
Carolein Smit (1960) is a sculptor whose works fit in perfectly within the morbid and death-referring themes of baroque, nearly breathing out the Latin phrase memento mori. Using sculptural forms instead of paint, Smit employs transgressive beauty that contradicts commonly held convictions about what makes something appealing. Her fascination with contrasts: the ugly but adorable, or the frightening but fragile, provides a reminder about the vulnerability and impermanence of life, and the inevitability of death. Smit, who studied in the Netherlands and currently lives in Belgium, is internationally known. In the early 1990s she received three times a workscholarship by the Foundation for Contemporary Arts, Design and Architecture, Amsterdam and in 1993 she was honourably mentioned for the Prix the Rome. Her sculptures form part of the collection of the Victoria and Albert Museum in London, the Asante collection in Switzerland, the Thomas Olbricht collection in Germany, the Treger/Saint Silvestre Collection in Portugal, Fuled International Museum (FLICAM) in Fuping, China and many more. Her artworks have been on show at the Bonnefantenmuseum (Maastricht), Art Basel, La Maison Rouge (Paris), me Collectors Room (Berlin), the Museum Boijmans van Beuningen (Rotterdam) only to name a few. In 2010 she received a solo show at the Kunsthal (Rotterdam). Smit is also part of the blockbuster exhibition ‘CERAMIX’, curated by Camille Morineau (curator Centre Pompidou) and Lucia Pesapane at the Bonnefantenmuseum in 2015 and La Maison Rouge and Cité de la céramique (Sèvres) in 2016. ‘CERAMIX’ will include more than 250 top pieces from international museums and private collections. Carolein Smit’s important solo show in London at the Victoria and Albert Museum is scheduled to take place in 2017/2018. 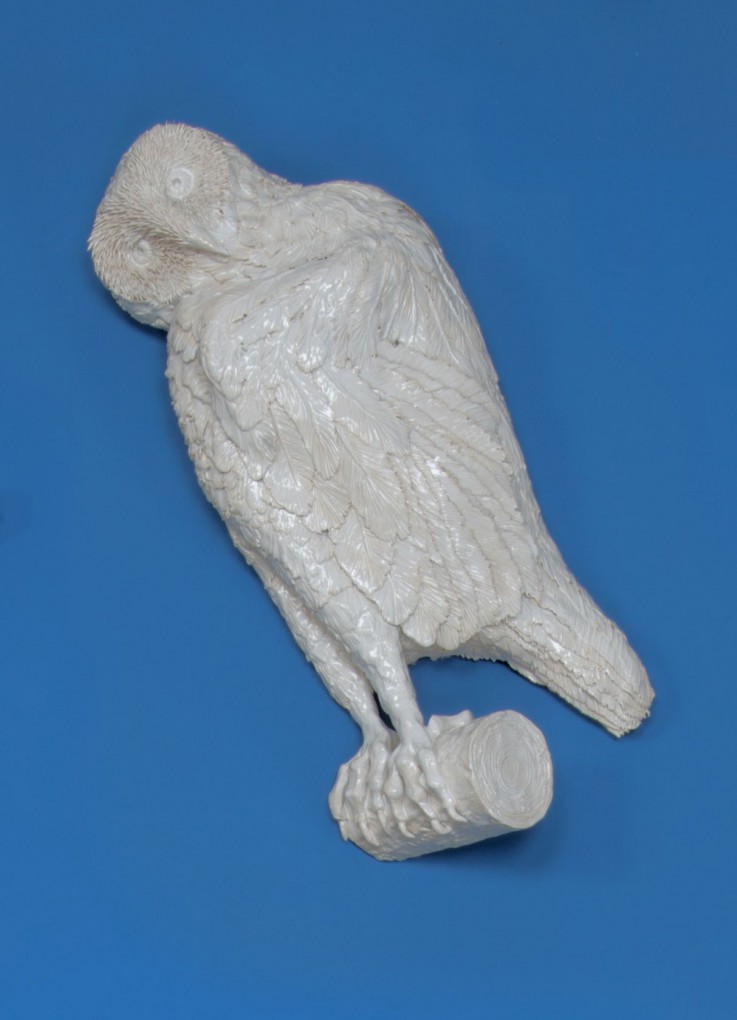 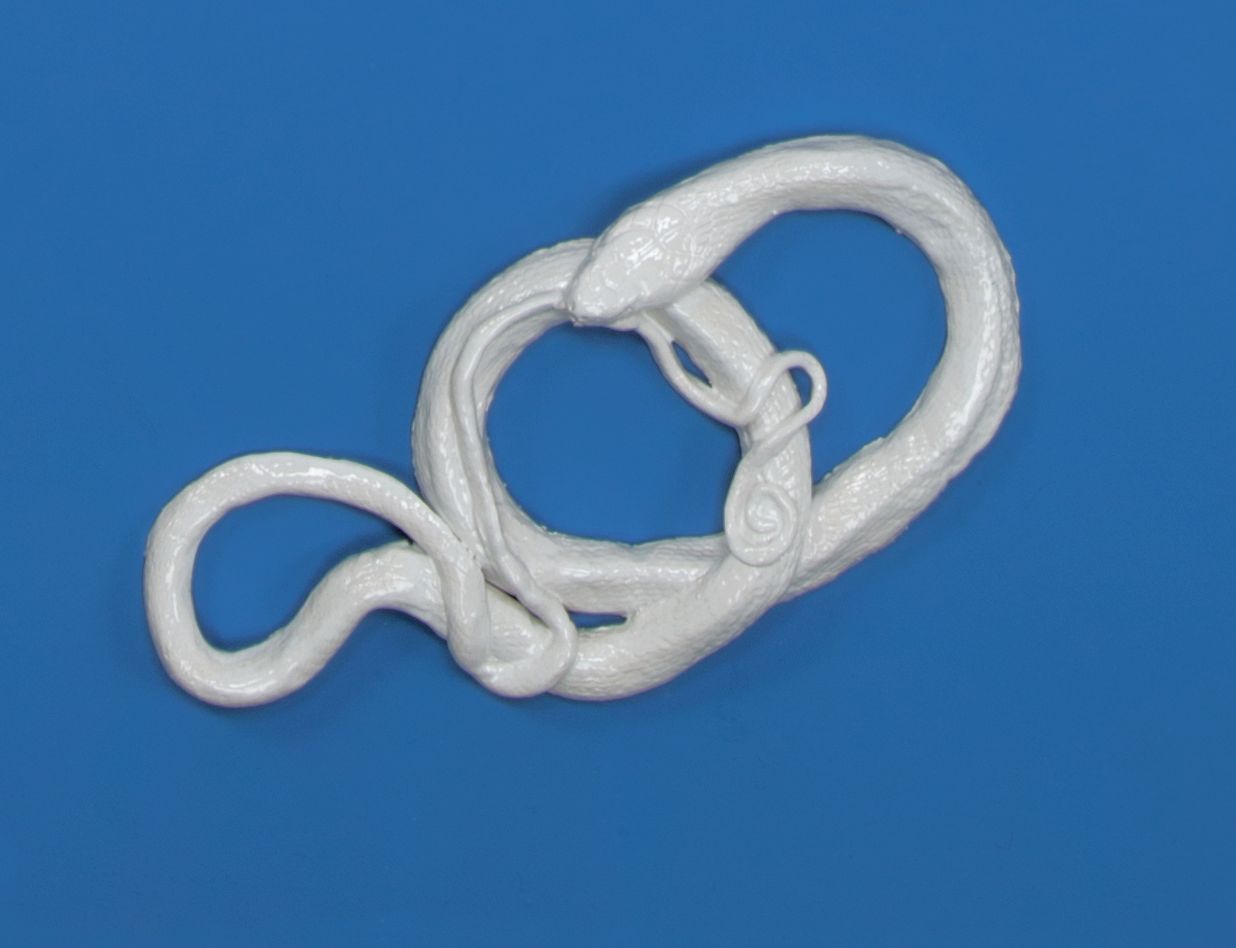 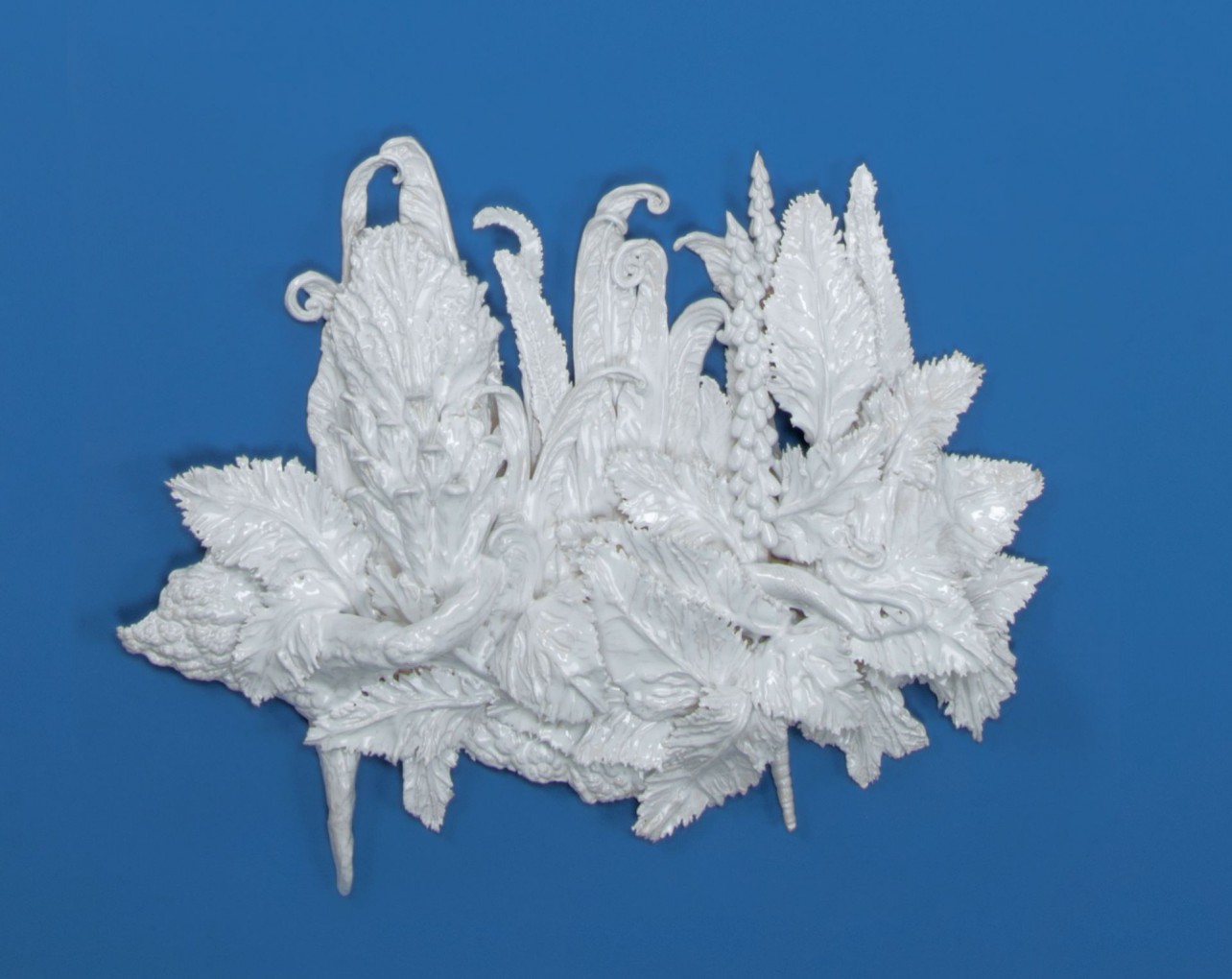 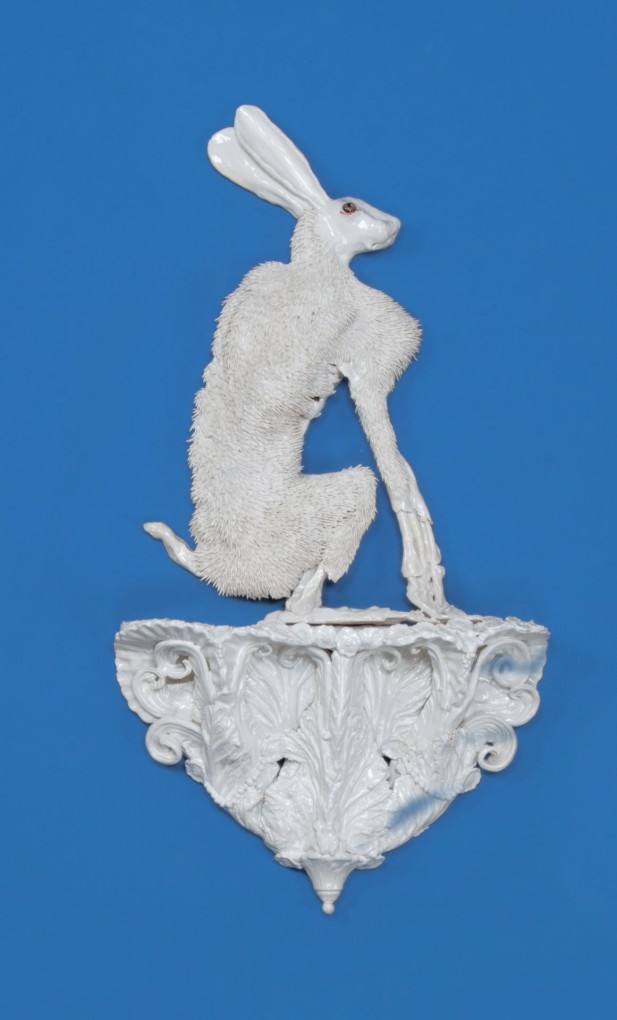 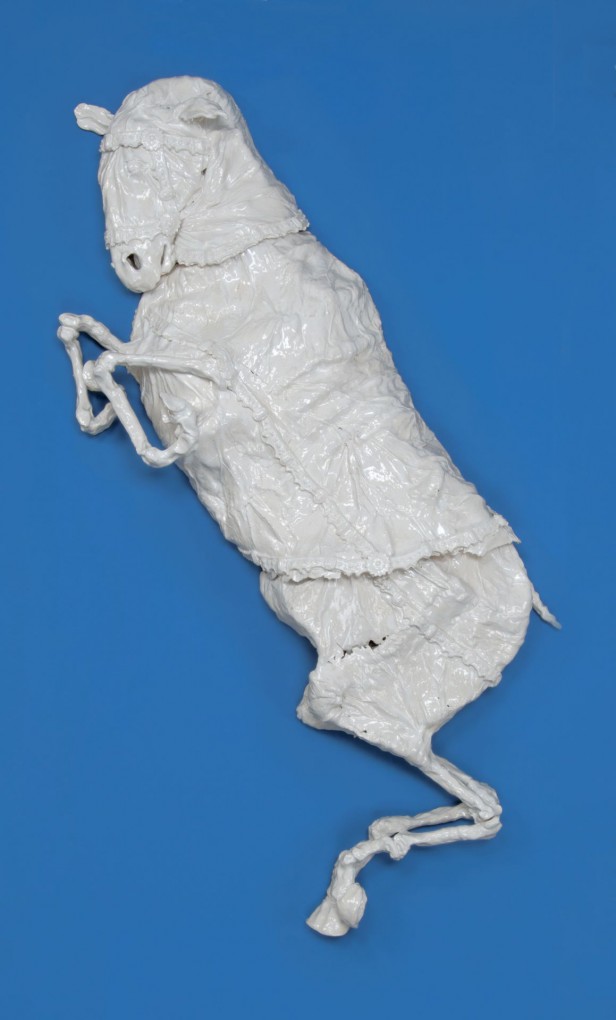 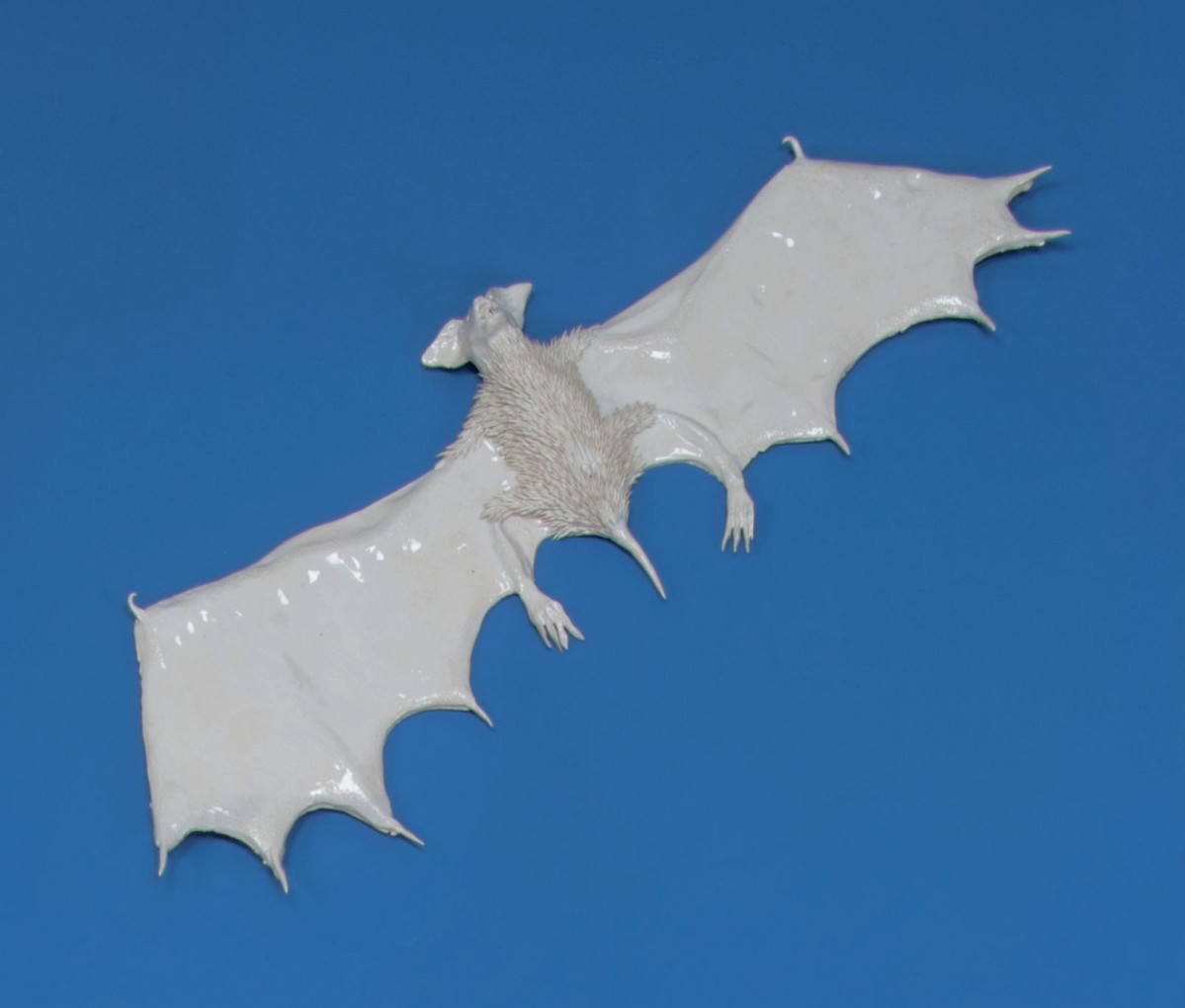 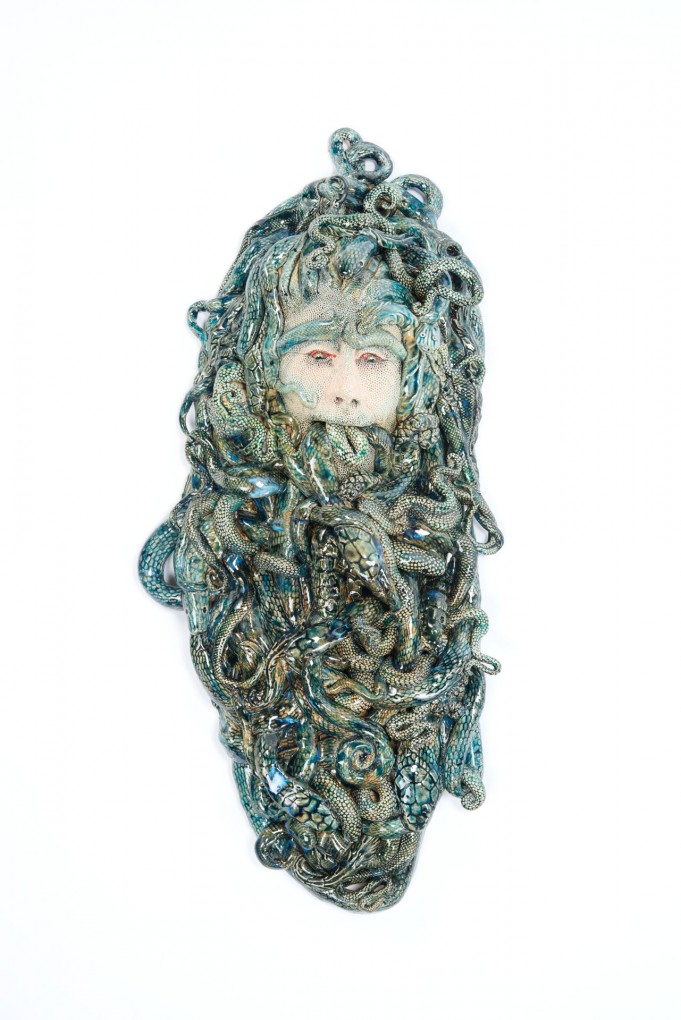 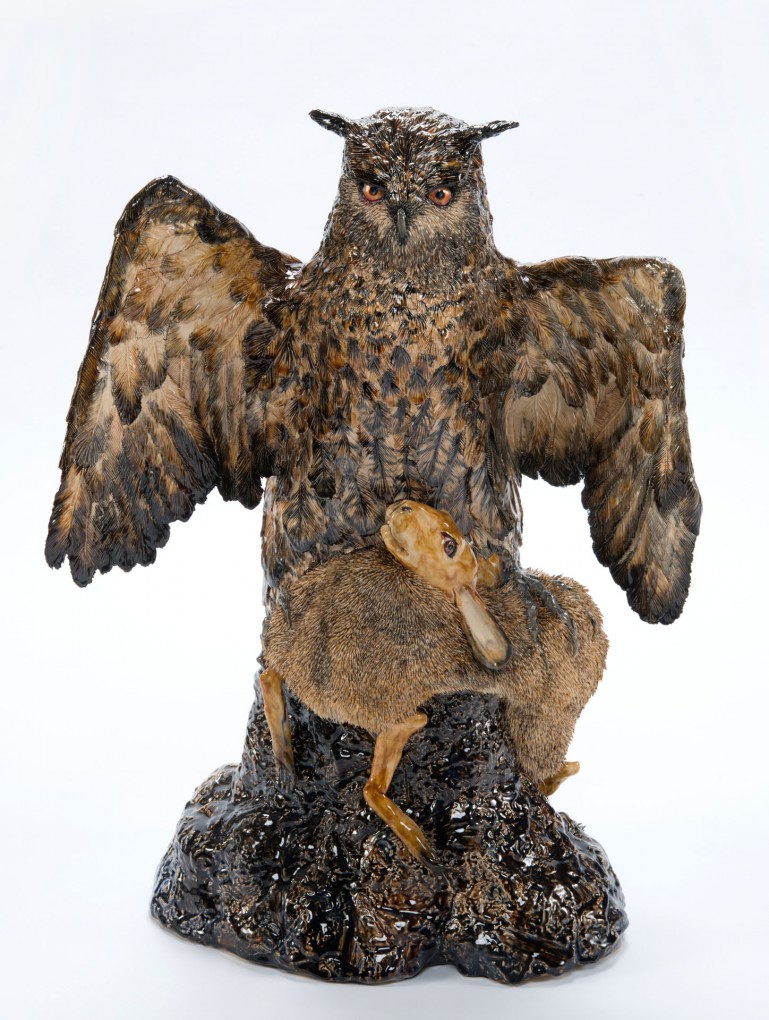 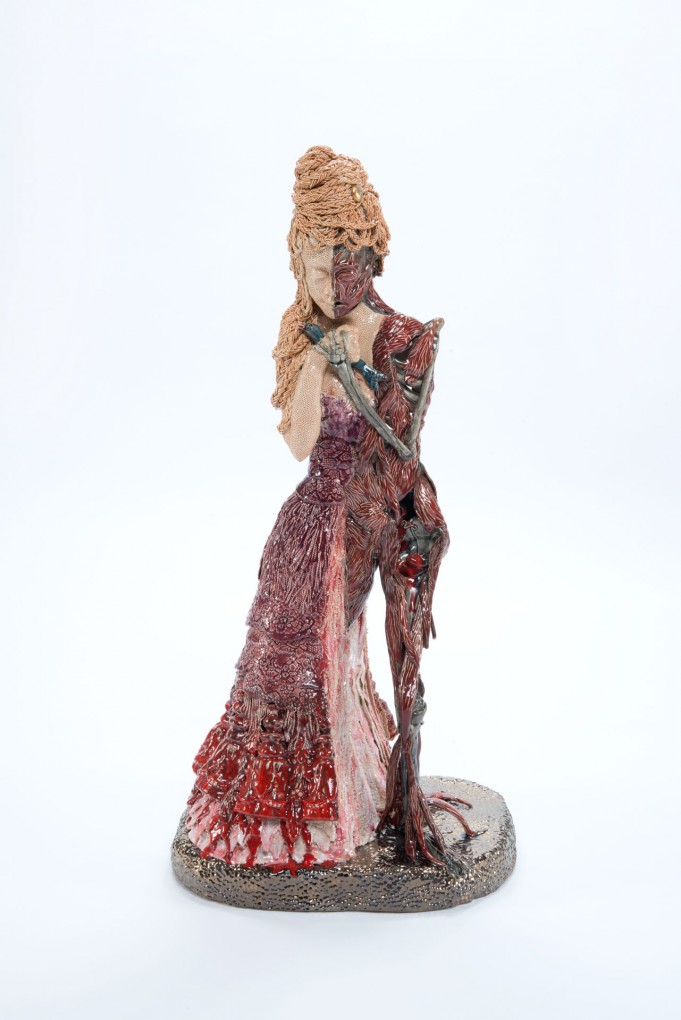 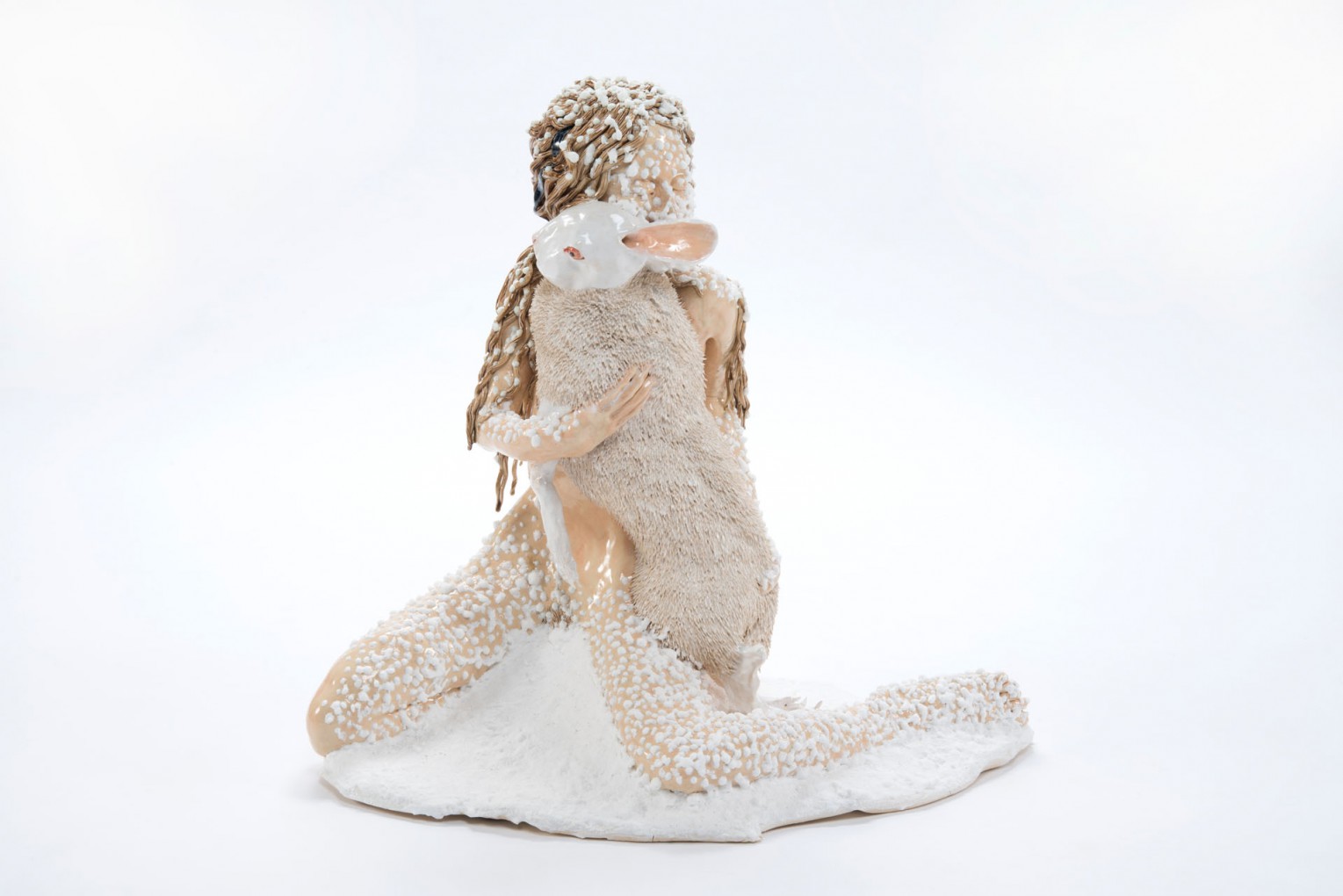 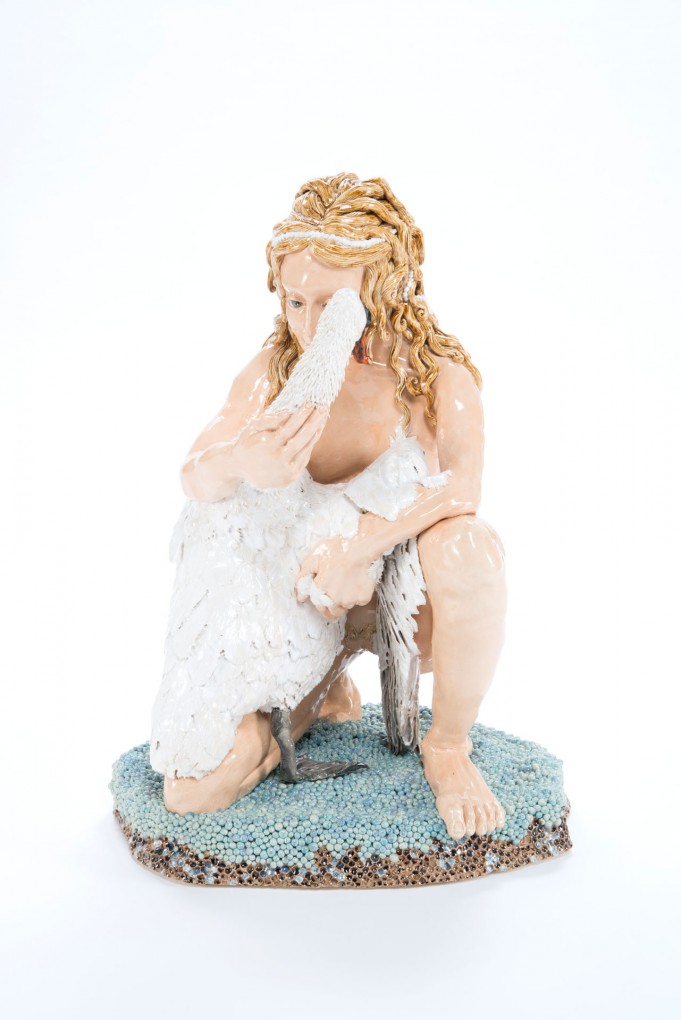