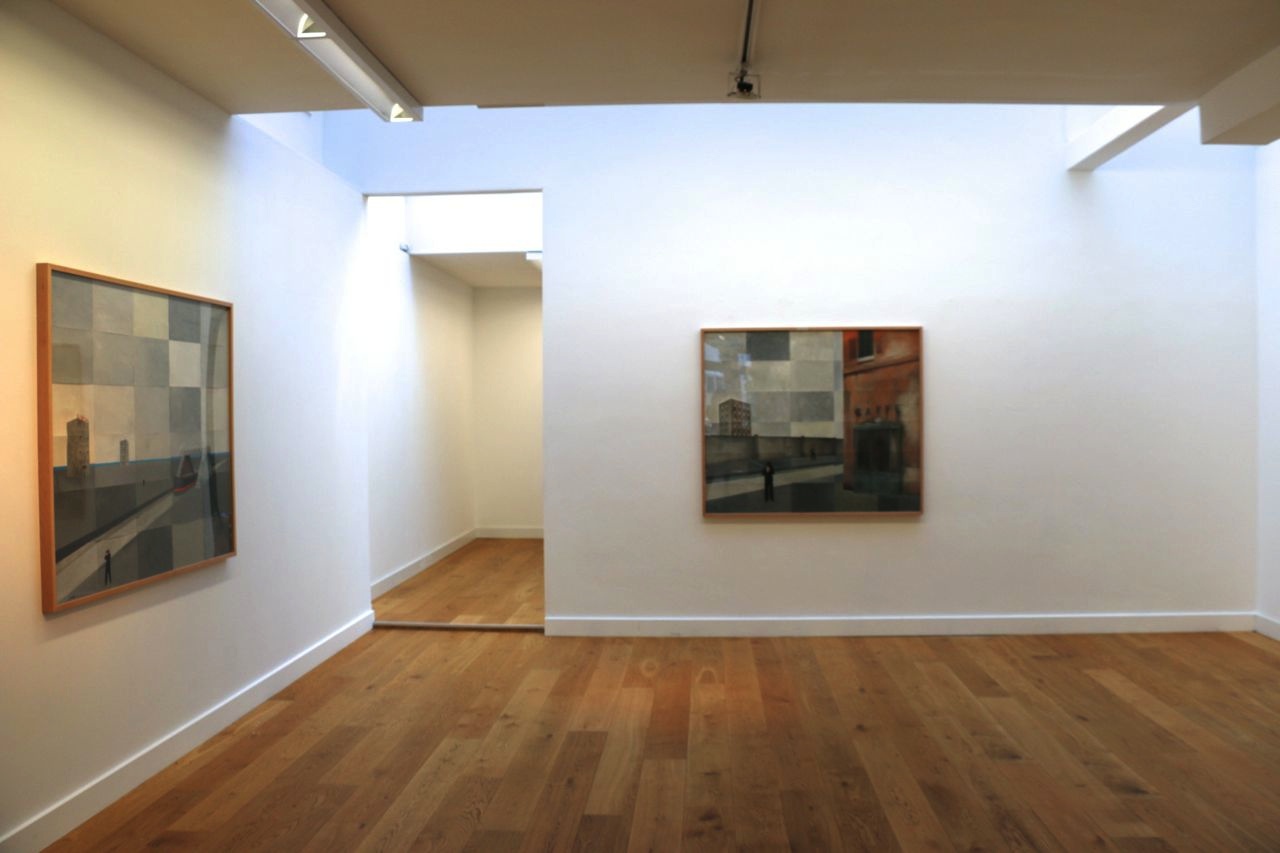 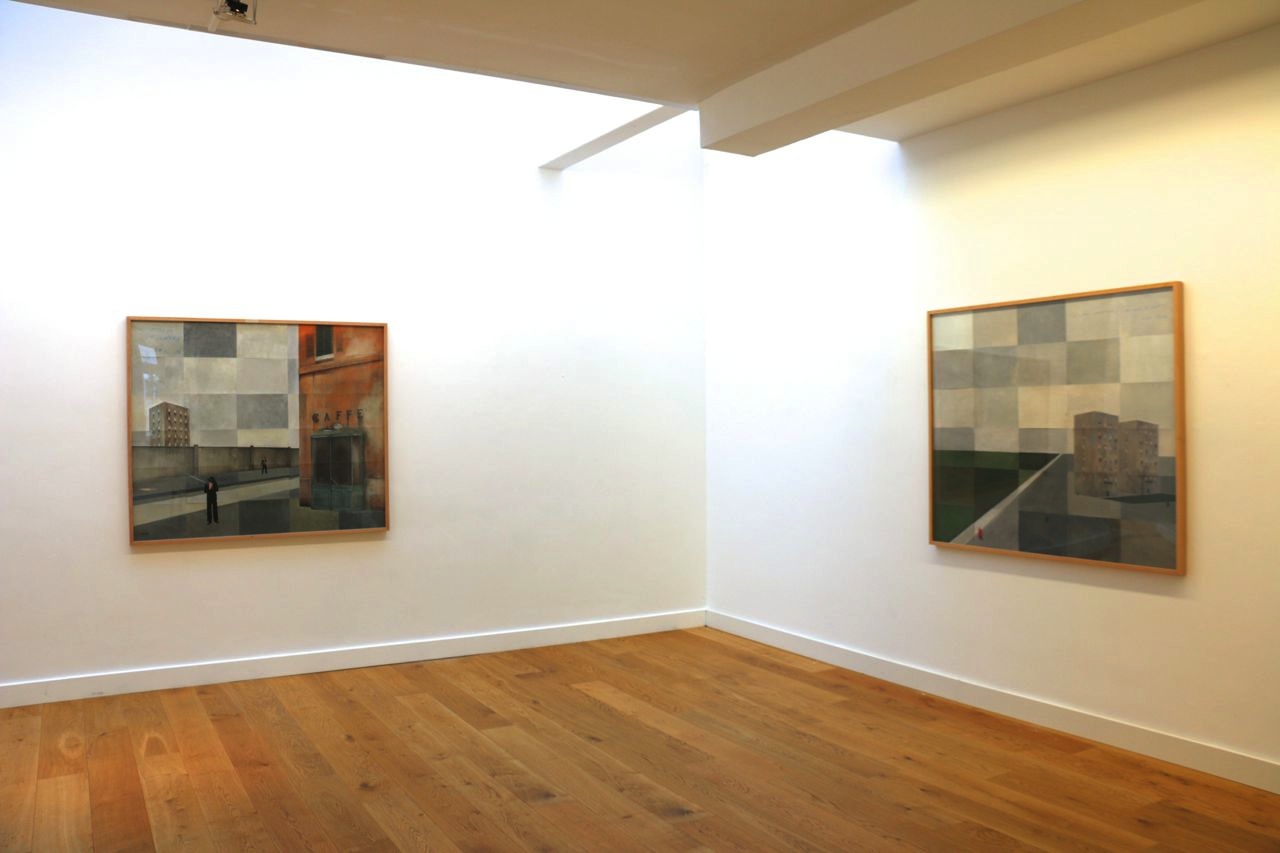 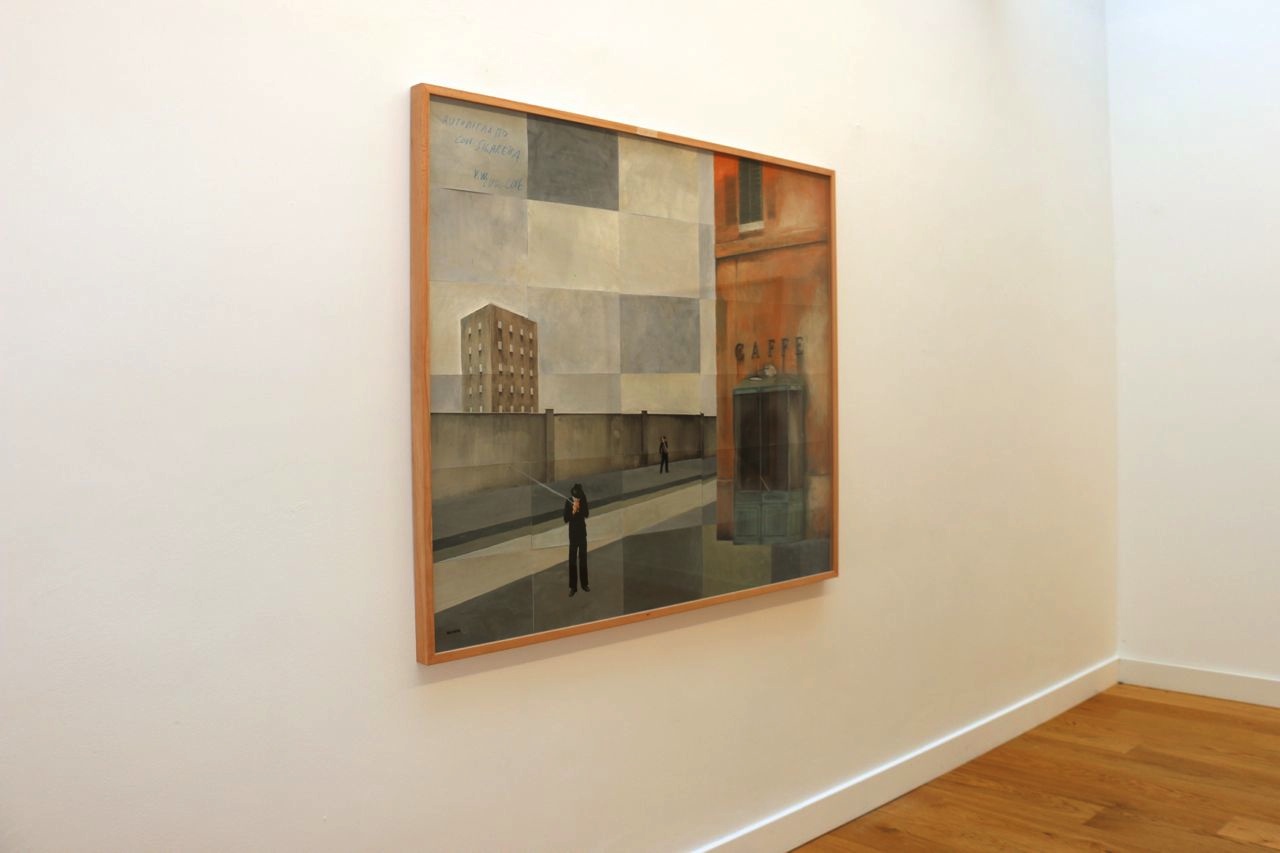 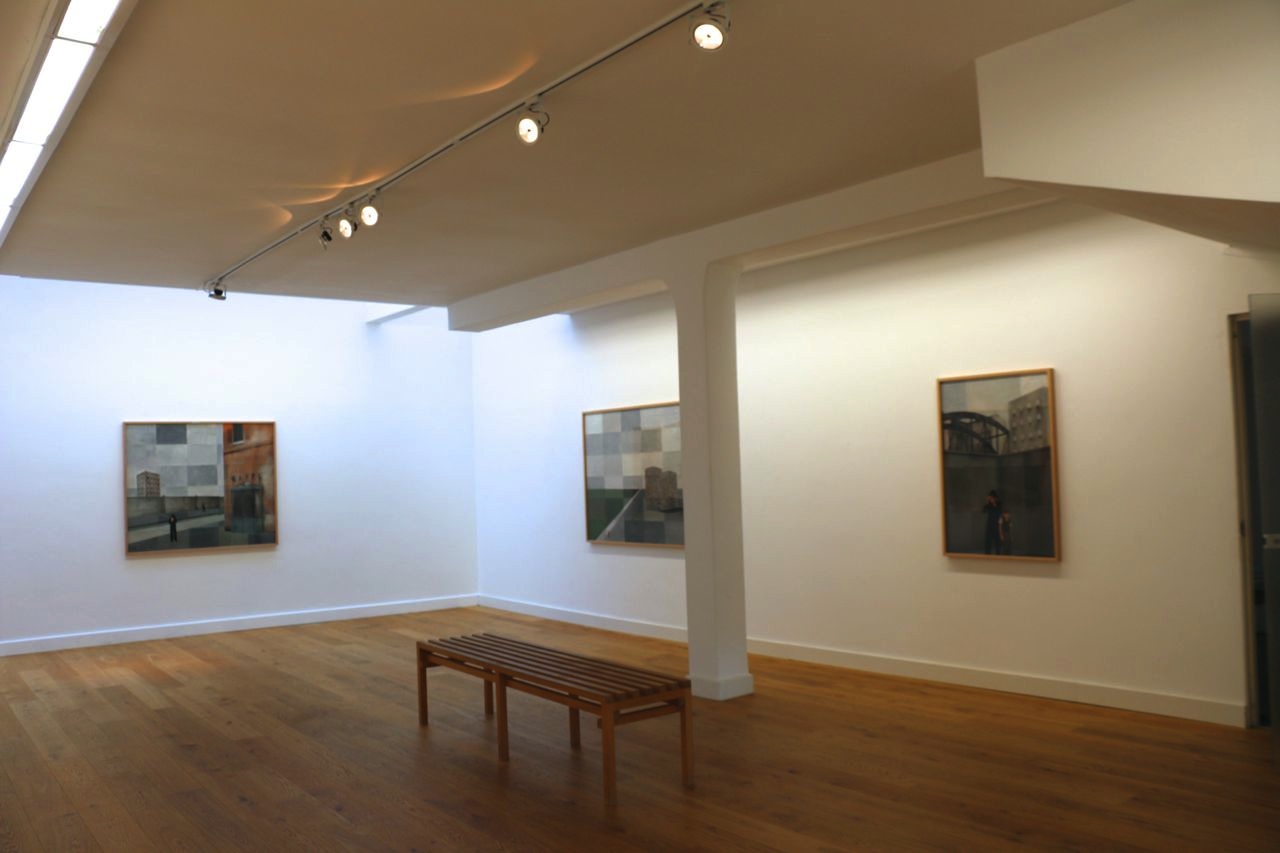 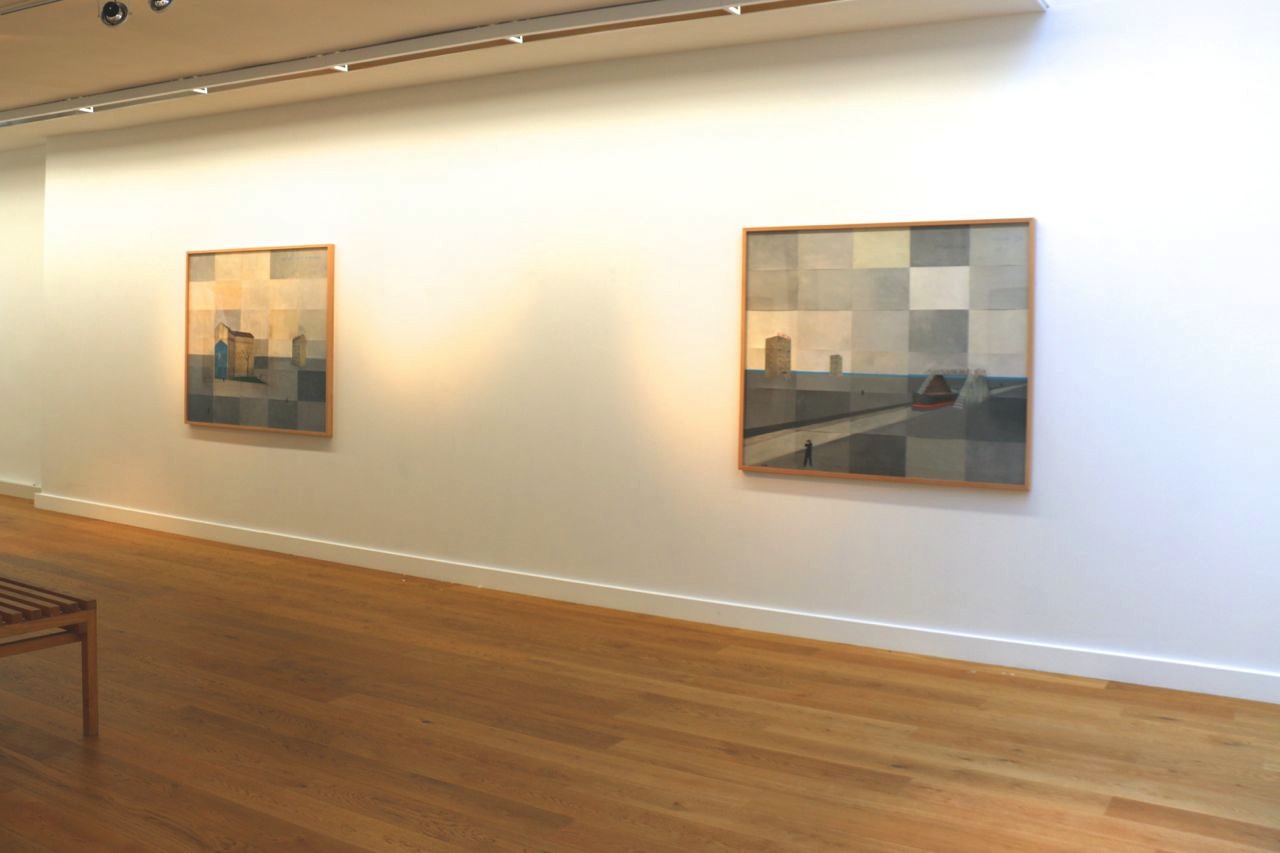 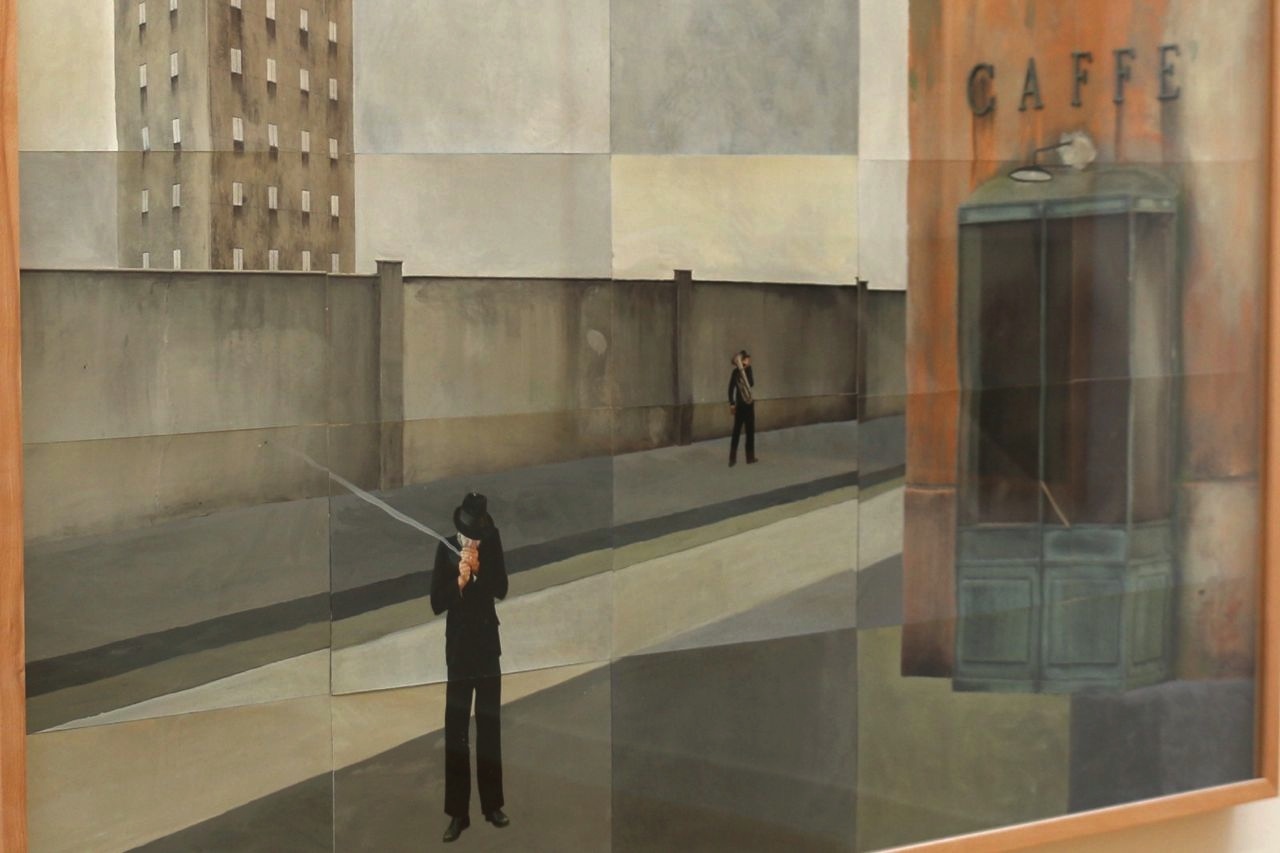 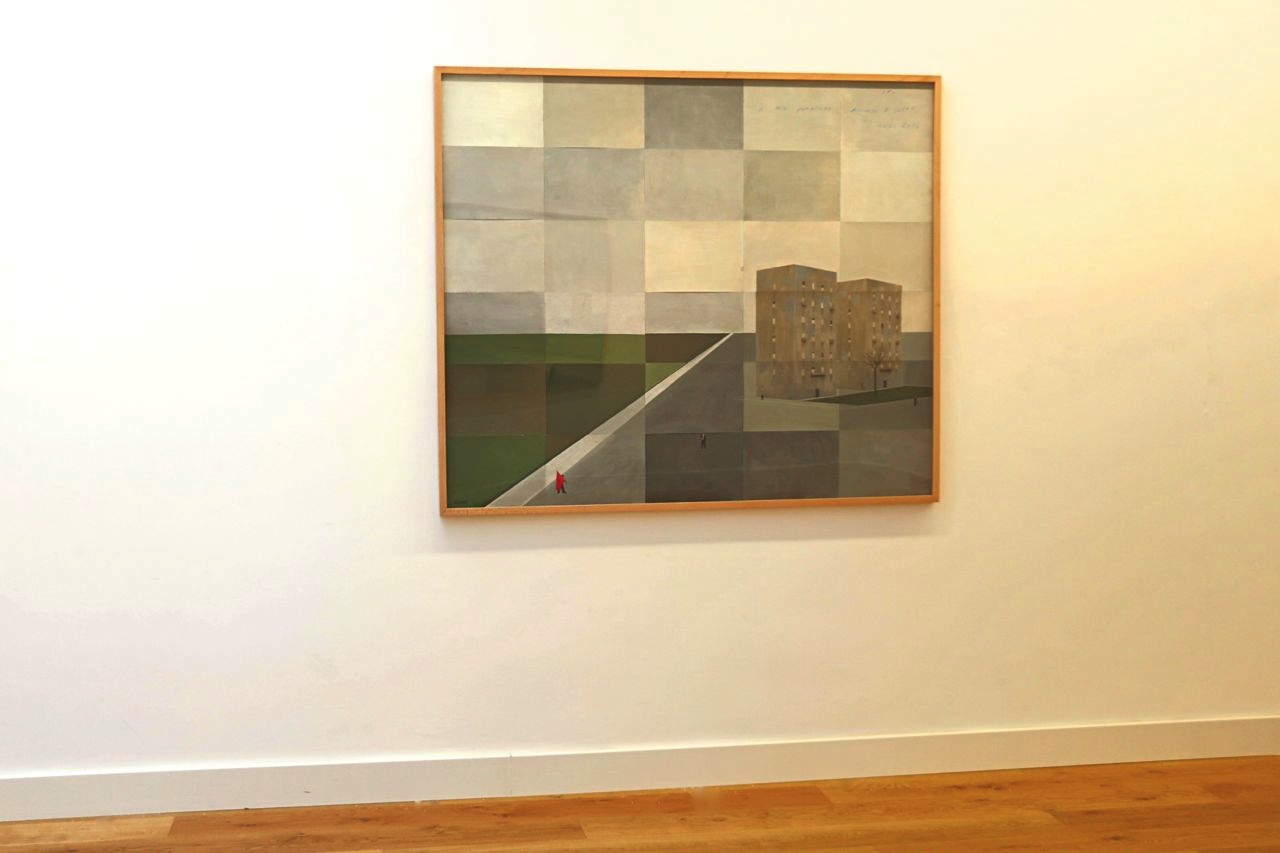 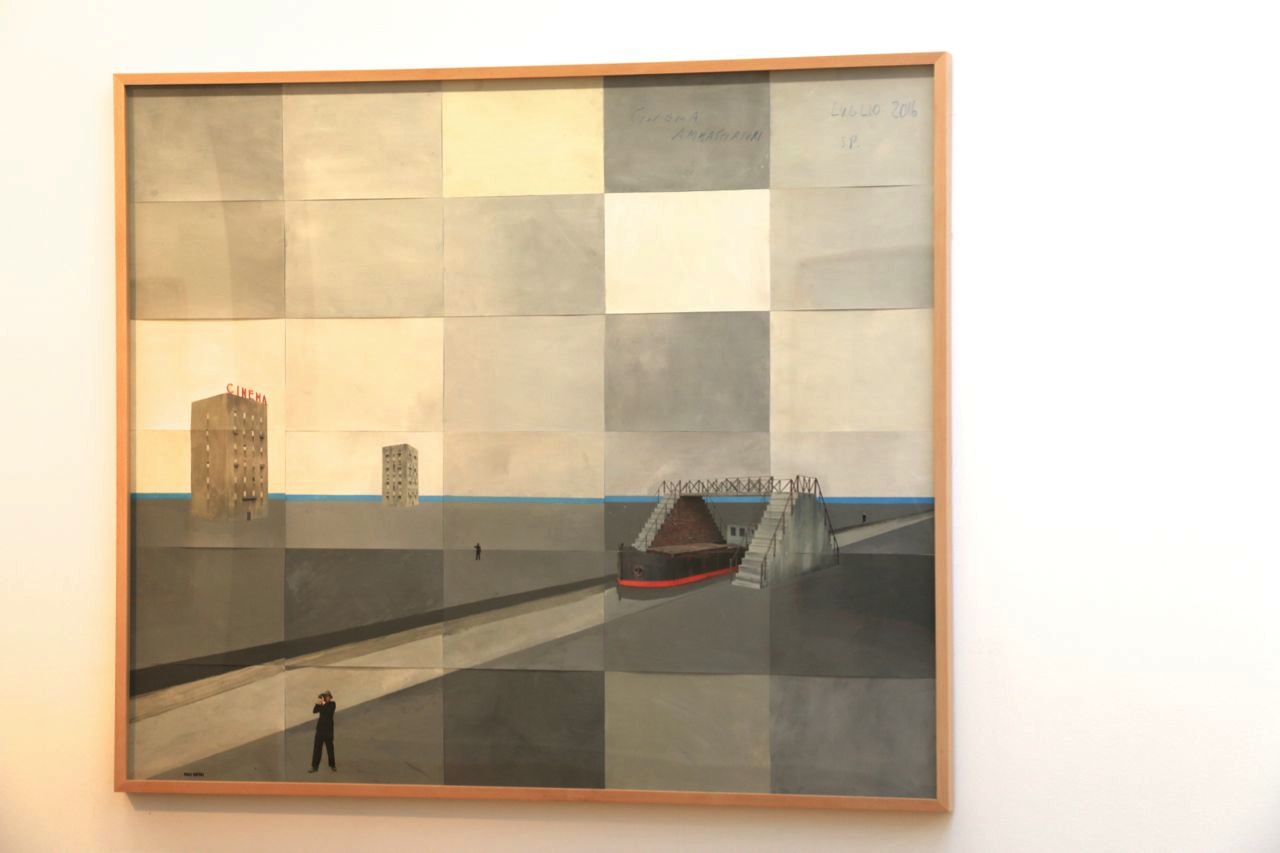 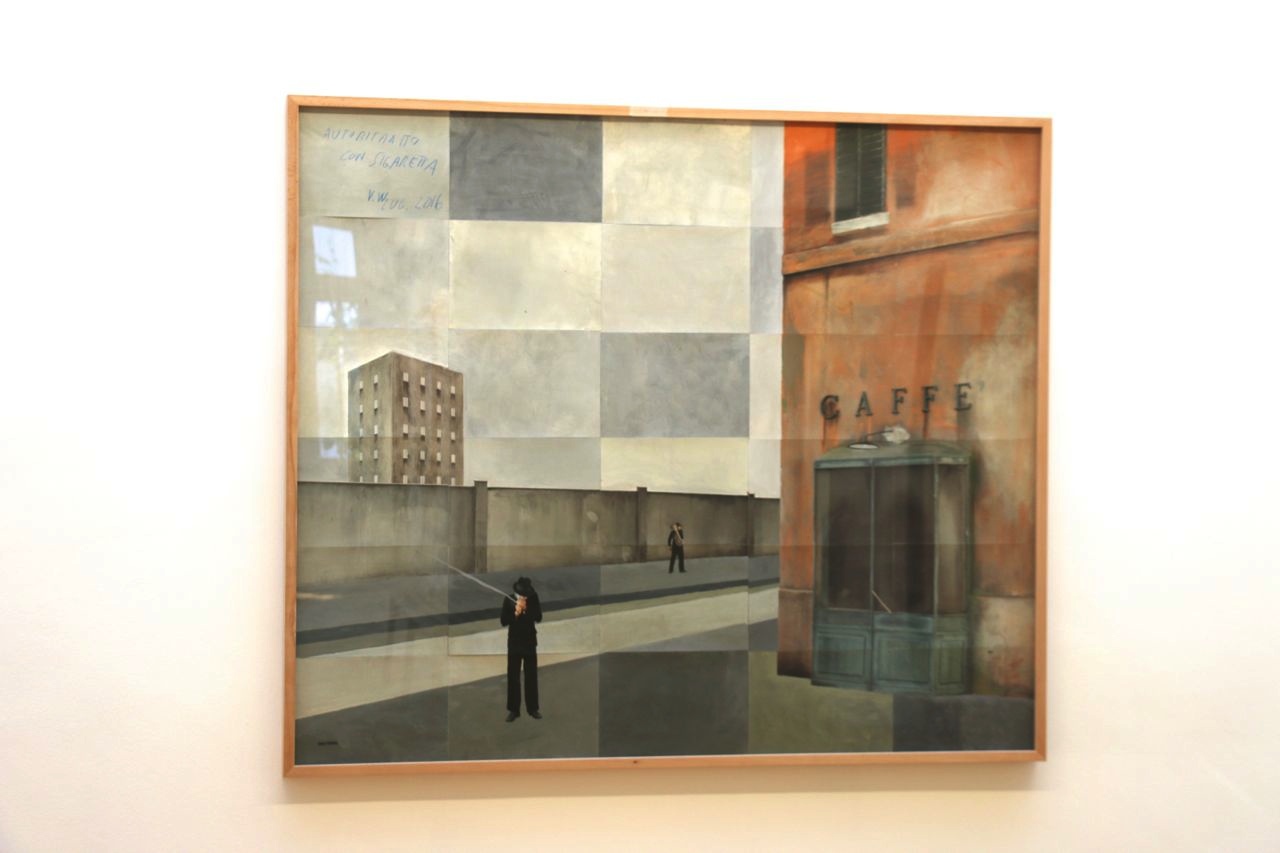 With his latest series, 'La Citta Infinita', Paolo Ventura (1968, Milan, Italy) takes his known process one step further by painting the photographs of constructed scenes and adding collage. The works, which evoke the atmosphere of 1940s and 1950s Italian Neorealism film, present alienating yet nostalgic cityscapes punctuated by human figures, always Ventura himself, in varying costumes. Although each scene differs, the horizon lines remain on the same level, creating an infinite cityscape, La Citta Infinita, exactly how Ventura envisioned this when he was young.

Artist’s background
Paolo Ventura’s multilayered, but essentially photo-based practice comes from a personal history rich with charisma. Ventura’s father was a celebrated Italian children’s book illustrator in the 1960s and 1970s, who would delight his twin sons with sketches and stories. His grandmother, who lived with the family, was “a free spirit”, would take Paolo and his brother to the circus and street performances.

Ventura studied at the Accademia di Belle Arti di Brera in Milan. In 2011 he was selected by the curator Vittorio Sgarbi for the Italian national pavilion at the 54th Venice Biennale. Ventura received solo exhibitions in numerous institutions, such as the Forma International Center for Photography in Milan, The Hague Museum of Photography, Italian Academy at Columbia University in New York, Museum Het Valkhof in Nijmegen, the Museum of Modern and Contemporary Art of Trento and Rovereto and the MACRO Museo d'Arte Contemporanea in Rome.

Ventura is also commissioned for extraordinary grand projects. In 2014 he collaborated with the celebrated director and prestigious award winner Rob Ashford on the creation of the scenography for the Lyric Chicago Opera Theatre. Ventura received commissions from the Museum of Contemporary Art of Rome and the Mart, the museum of modern and contemporary art of Trento and Rovereto, Italy. In 2017 he was commissioned by the Teatro Regio of Turin for the stages, costumes and video for the opera Pagliacci by Leoncavallo. 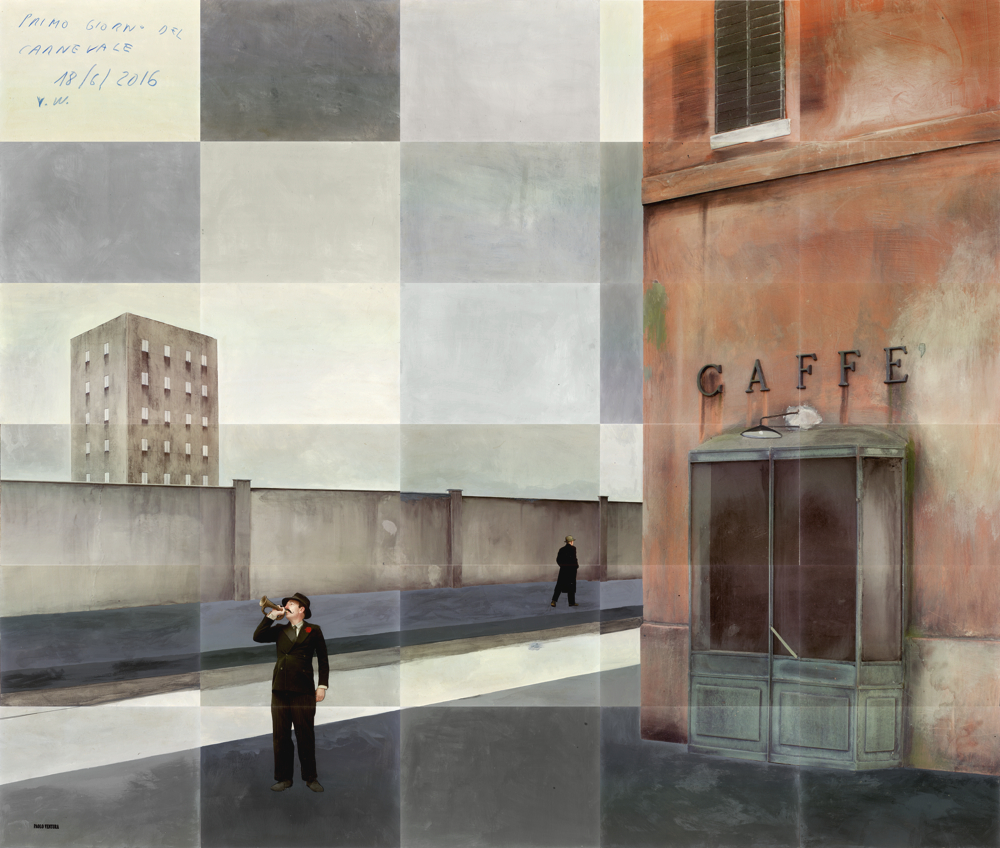 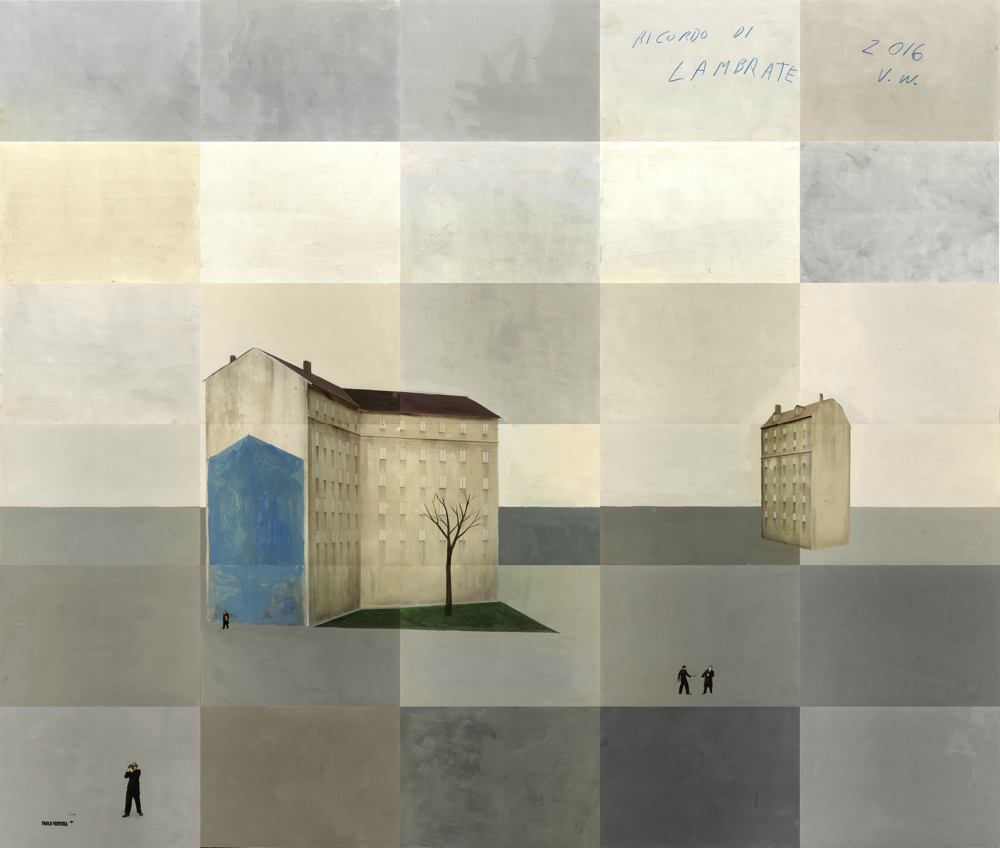 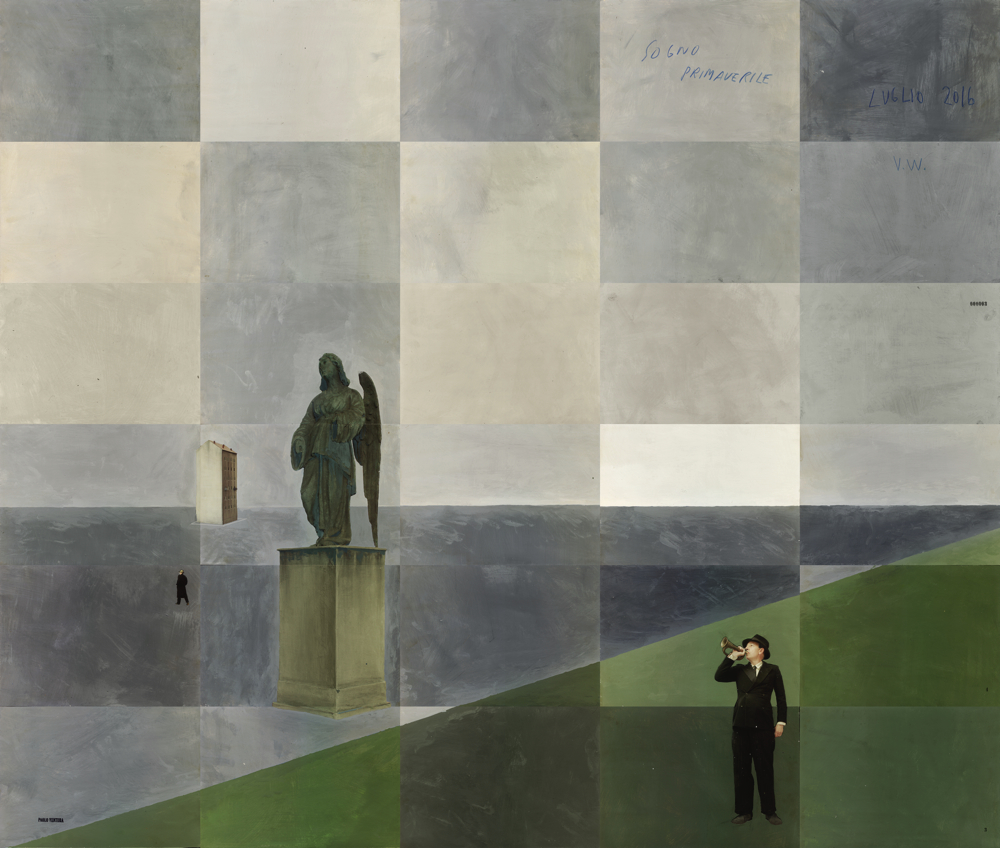