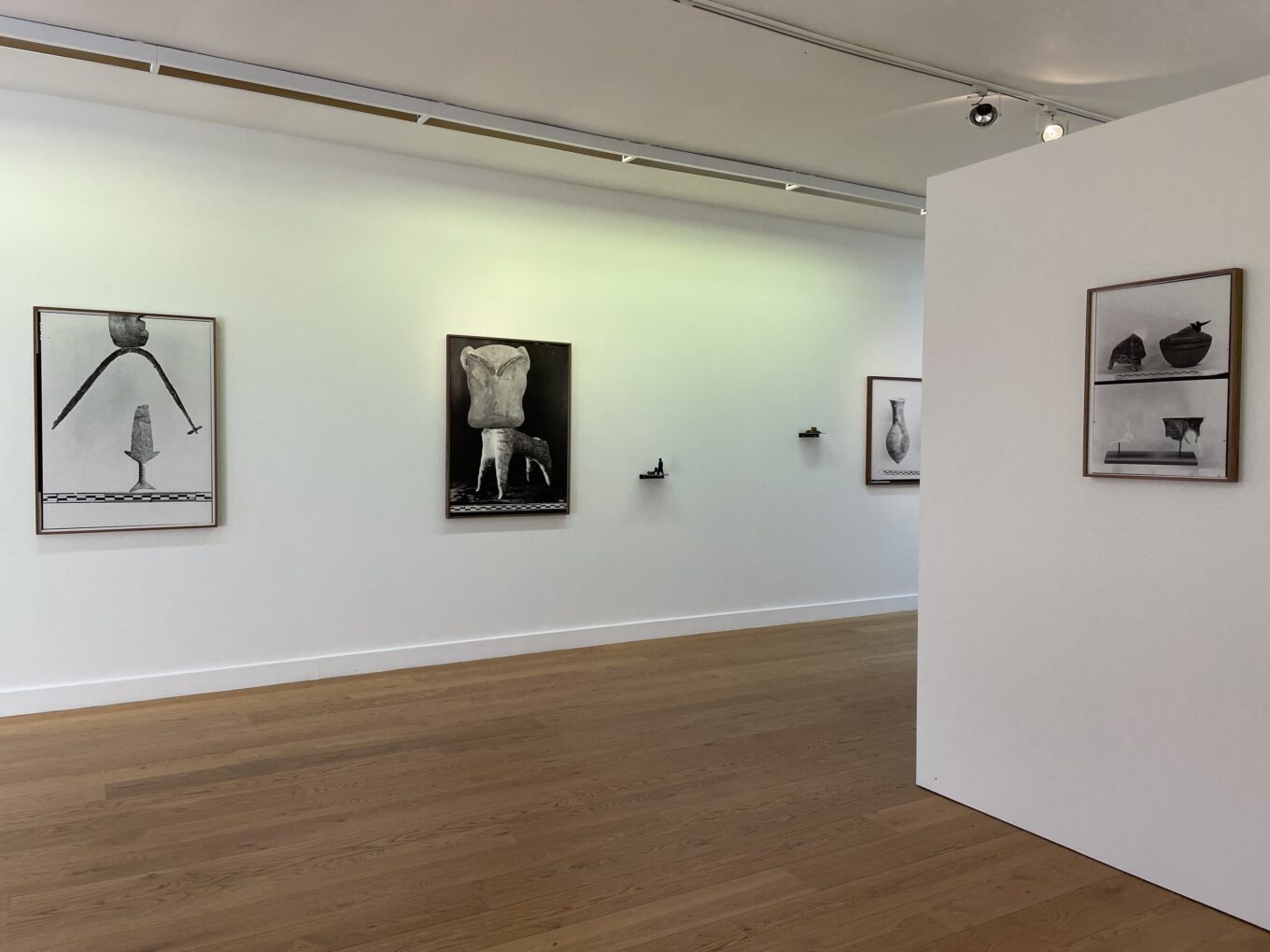 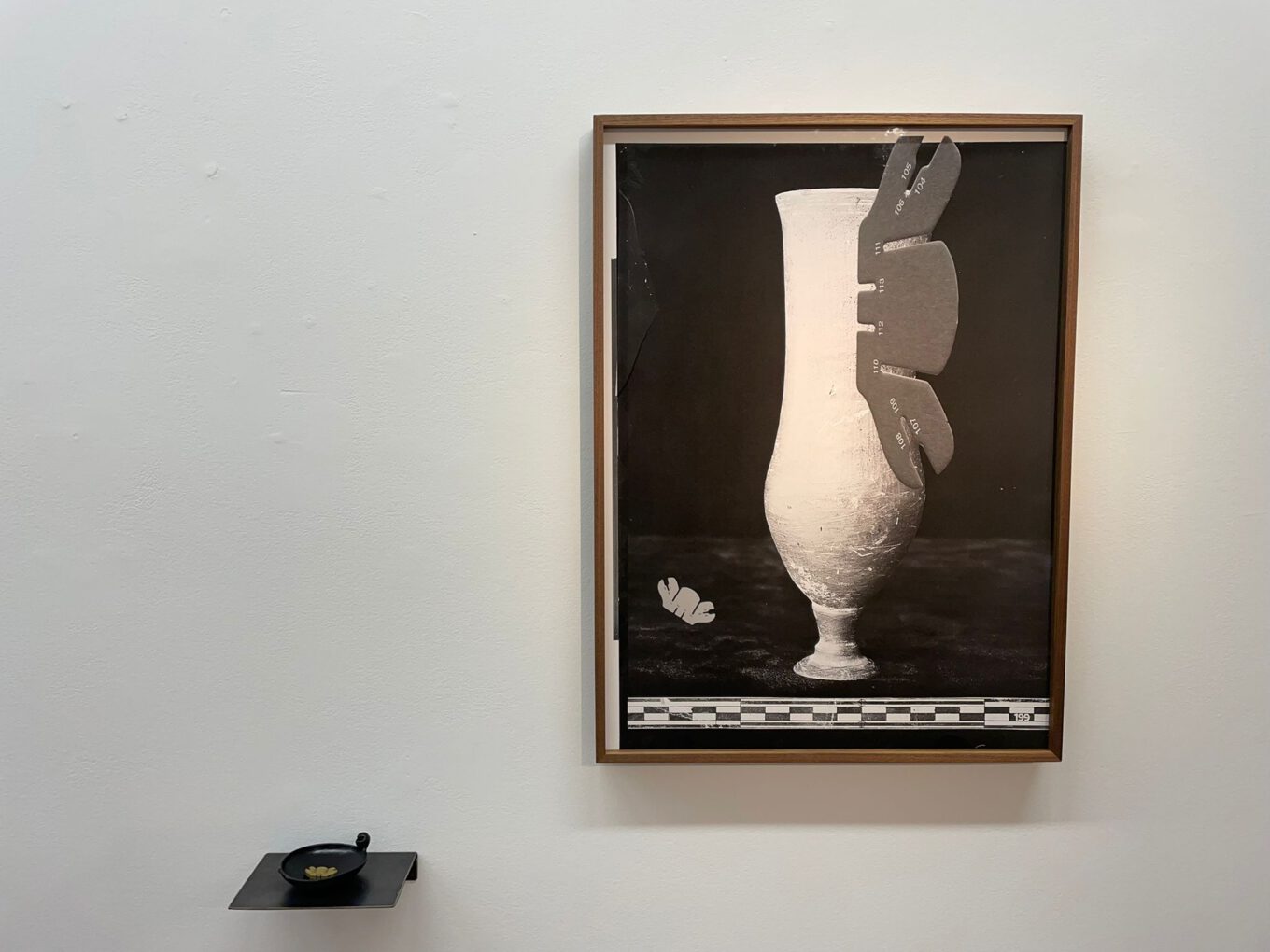 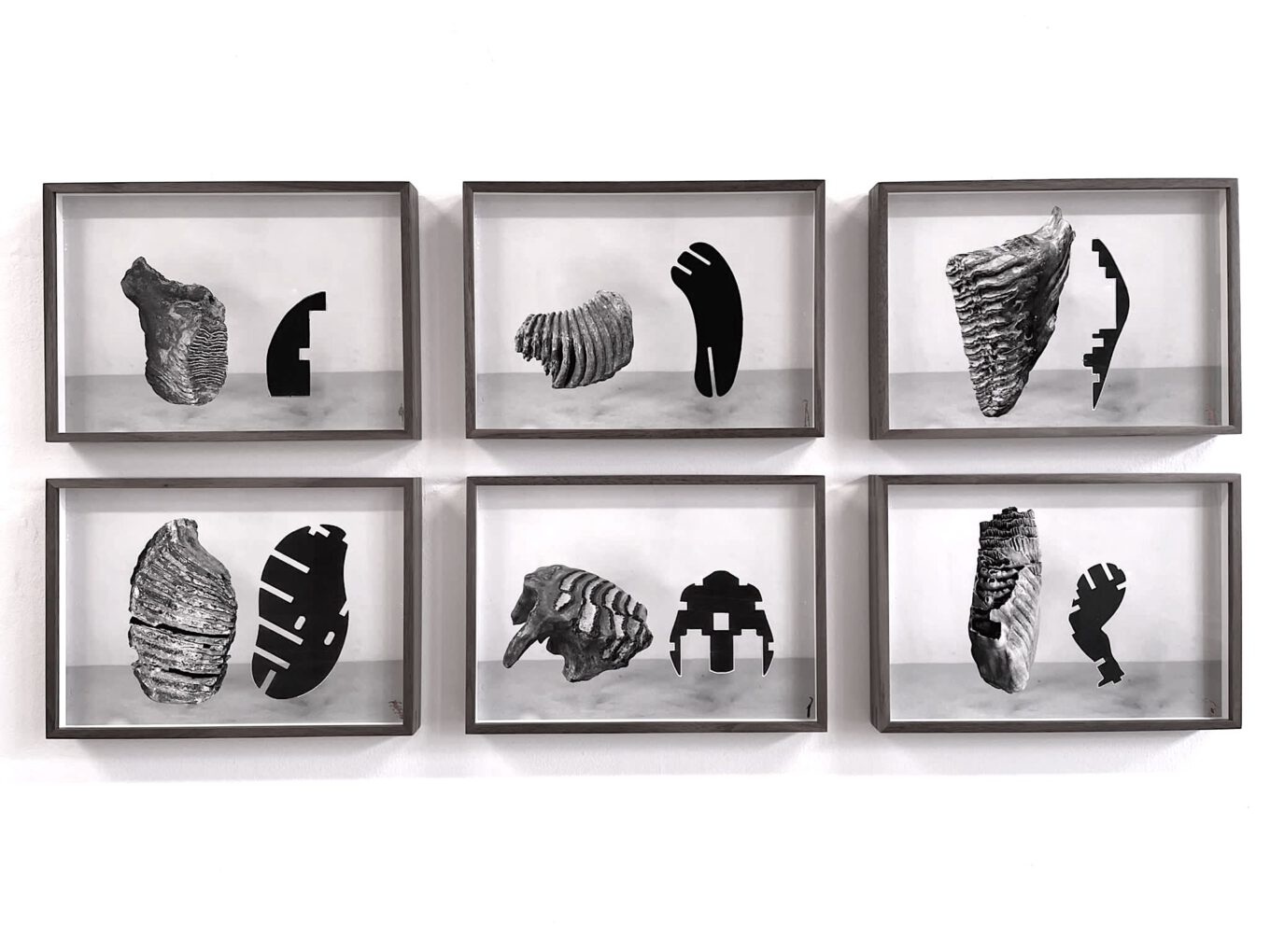 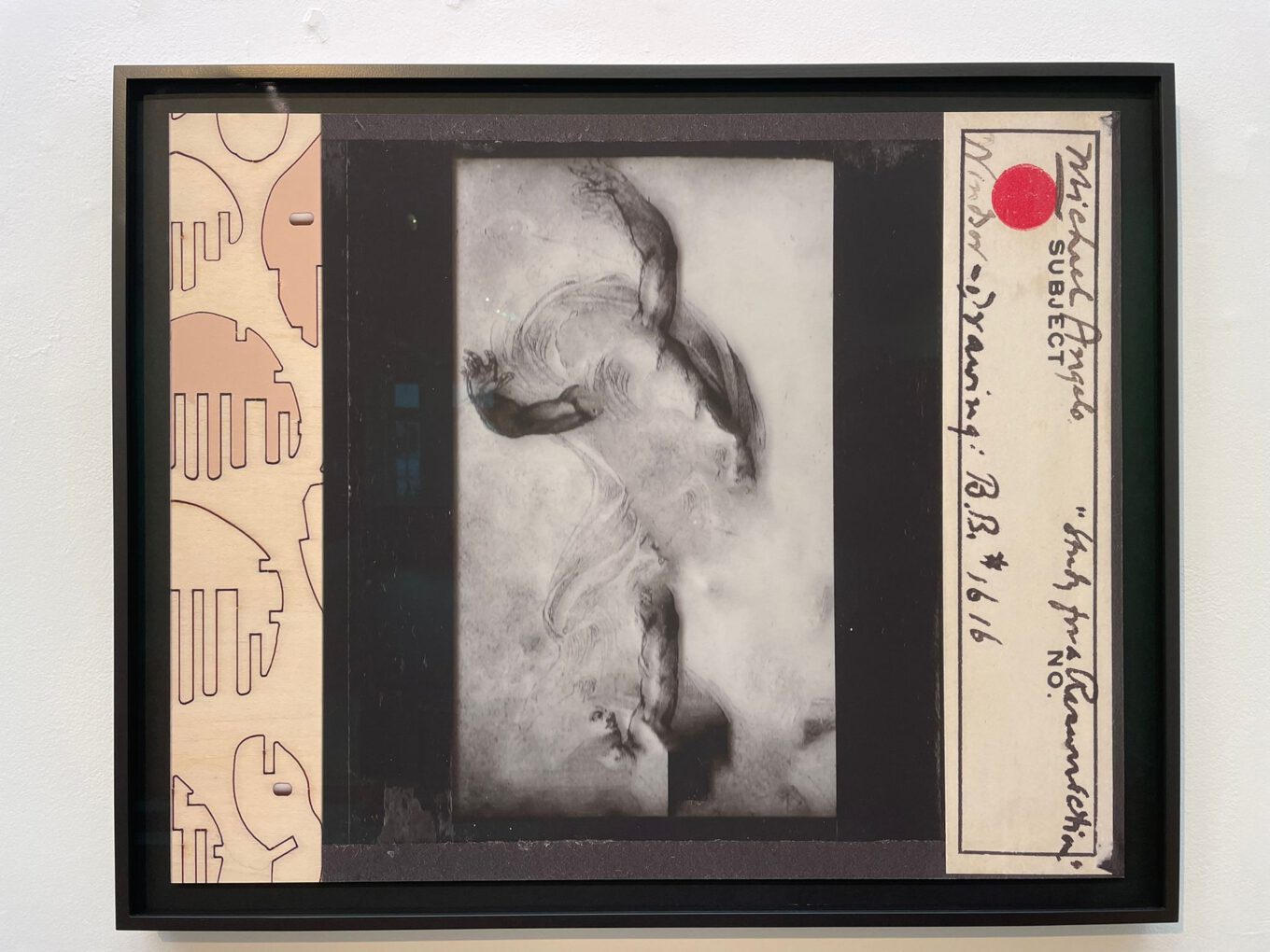 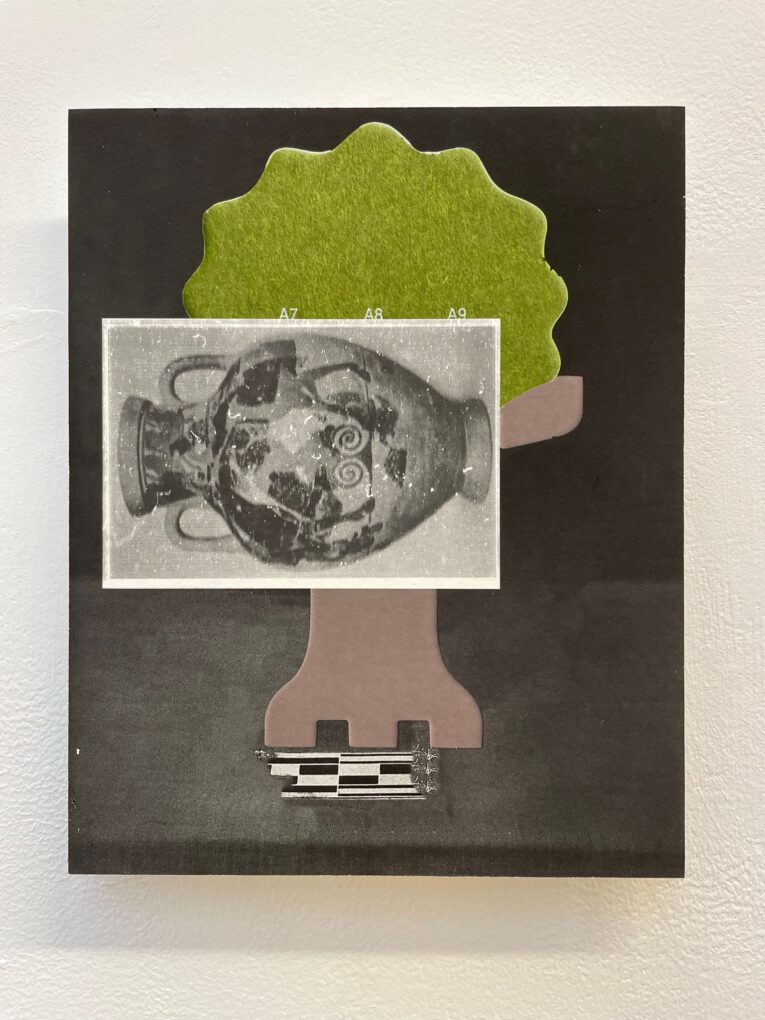 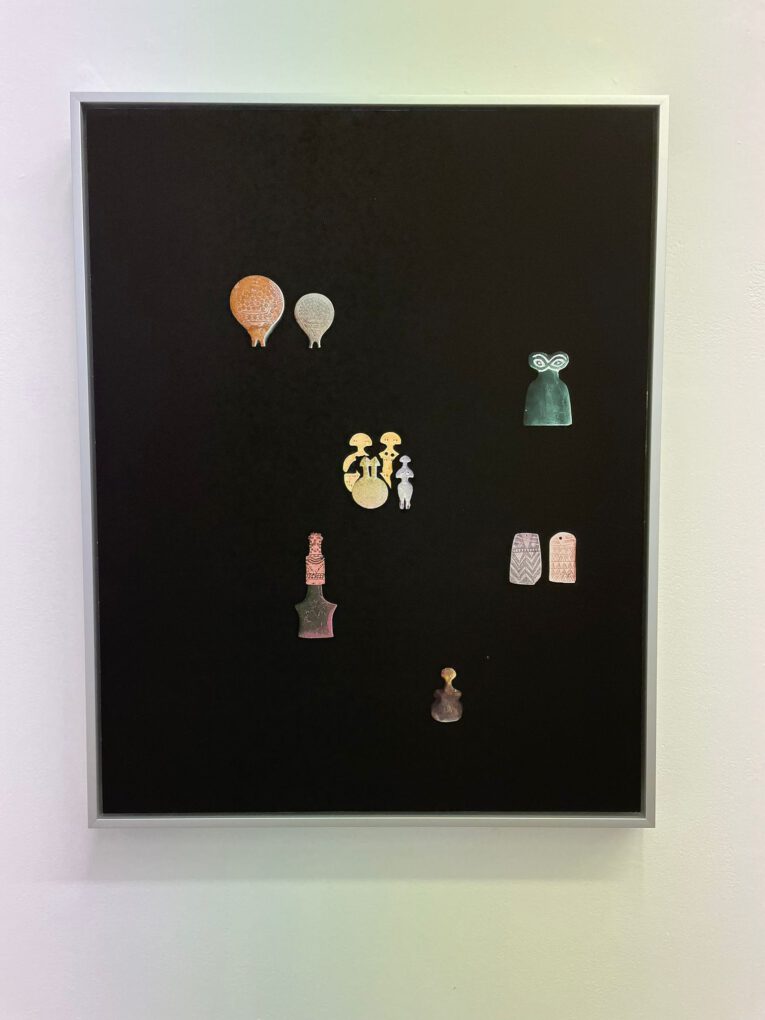 {...Archaeologists excavate ancient sites and interpret them and fit them into our wider national story. Through their investigations, we gain an understanding of where we come from, while groups neglected in historical records can be resurrected. Archaeology also has the power to unite people. For local communities, time spent visiting excavations and listening to presentations on discoveries can enhance their relationship with the past and add to their pride in the local area. This also benefits the national well-being by illuminating our shared stories and interconnections....}

FLATLAND presents the work of the young Italian artist GIOVANNA PETROCCHI who, like an archaeologist, is occupied with exposing concealed knowledge. Selected by Camera, the Italian Centre for Photography and Futures (European Photography Platform for emerging artists in contemporary photography), Petrocchi probes the underlying layers of our cultural reality.

Just as with photography, the study of archaeology is in reality a discipline with an ambivalent character. On the one hand it is measurable. On the other hand archeology is a discipline in which an absence of information is filled in by the imagination. So much about the past is unclear. In the early 1980s this created a movement known as post-processual archaeology, which stresses the location-specific subjectivity of archaeological interpretations and distances itself from the idea that archaeology can draw unequivocal, objective conclusions.

In this sense these archaeological interpretations share a striking parallel here with Petrocchi’s fictional photography. And perhaps we can take it one step further and say that Petrocchi’s fake narratives even seem to come closer to the reality of archaeology than the artificial classification by period and geographical location that is applied to museum collections, because Petrocchi tels a different story, that of a Universal Collection of artefacts linked together across time and space in which cultures mix, just as the artefacts themselves do.

Sculptural Entities
In Sculptural Entities (2020), the images of mammoth molars are enthusiastically categorized, playfully juxtaposed and put in dialogue with both individual pieces of 3D cardboard puzzles, with resin print of the finds, depicting floating stylized dinosaurs’ bones. Every single frame contains two simple things in discussion, isolated from any external interference, close-up shots, spatial flatness, and great formal austerity. At the same time, the sequence of images that make up the overall installation activates our primordial cognitive structures to create a world. Repetition and comparison of these elements (firstly sliced and elaborated through Photoshop), in fact, create an ambiguous speculative catalogue of fictional “techno-archaeon treasures” to explore not only the contacts between organic and artificial forms, but also between the ways in which we build and learn the ancient and the contemporary. The attempt to reconstruct a story is also stimulated by the small monster reproduced in the lower right corner, the only coloured element of the work. In that context, photography becomes an essential tool to understand the relationship between representation and the visible world, to highlight characters and hidden potentials. This structural analysis gradually subtracts the ancient claim of transparency, restoring photography as a junction and mediation of the imagination and the meaning of production itself.

Modular Artefacts, Mammoth Remains
This approach is also visible in Modular Artefacts, Mammoth Remains (2019), this project, developed one year earlier by Petrocchi starts from the fascination with the classification and arrangement of ancient art in Western traditional museum’s collections. The artist creates her own fantastic collection of surreal artefacts, cataloguing images manipulated, coming from different sources to underline what underpin culture as no-fixed dimension, constant flux and semiotic sphere. Although these elements also gravitate in the representational space, as well as those of Sculptural Entities, a sort of yardstick has been inserted beneath them which makes this process of building a collection – indeed - non-existent even more paradoxical. To generate an even stronger, short-circuit between these new documents and their perception, Petrocchi distorts the information of the glass negatives depicting historical artefacts, combining originals with new ones. In the unpredictable materials differences among the elements, the irreducible action of entropy emerges upon careful observation together with the encounter between a piece of reality with fantasy that only this conceptual photography makes possible.

Magic Lanterns
Magic Lanterns (2021 -ongoing) includes a series of hand-made collages. These artworks have been done using discarded glass slides from The Princeton University Art Museum collection in New Jersey. Petrocchi has picked up and gathered them during her visit to New Jersey because the museum staff was disposing of these glass slides after completing the process of digitizing the whole collection. After that, she scanned the miniature plates and recreate again links between these waste materials and the collective knowledge production process. Petrocchi reintroduces colours in her artworks, practice temporarily set aside in previous series and it seems that she gives life. It is a coherent act that find explanation in the artist's poetics, aesthetics, and psychology. It is not a coincidence, that Petrocchi titled these works "Magic Lanterns", which is one of the oldest image projection tools. The latter were projected through a closed box containing a candle whose light, filtered through a hole, was transmitted through a lens. In her choice, the close box is the scanner, the light is related to the fluidity and metamorphosis of objects via digital manipulation. These works are presented as photographic sculptures: the slides, after being scanned, reworked and printed like photographs, are proposed as 'objects' to preserve ideally their own essence. In the end, abstract forms give material consistence to the glass slides, to preserving memories and the object deterioration process. 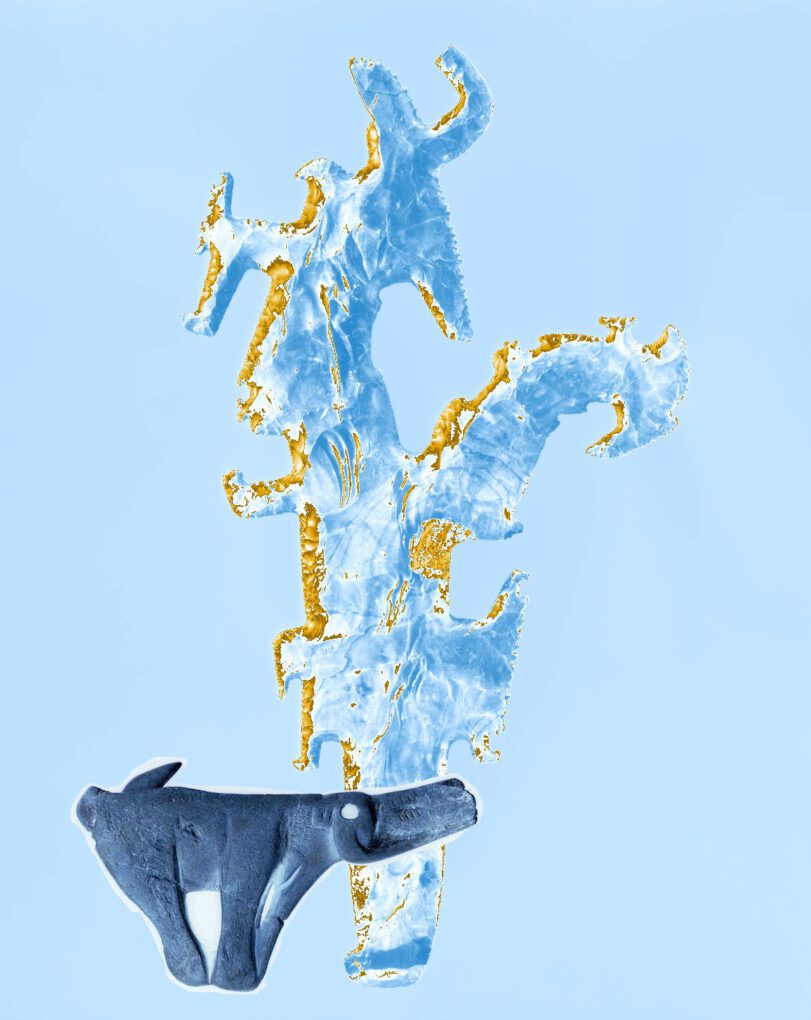 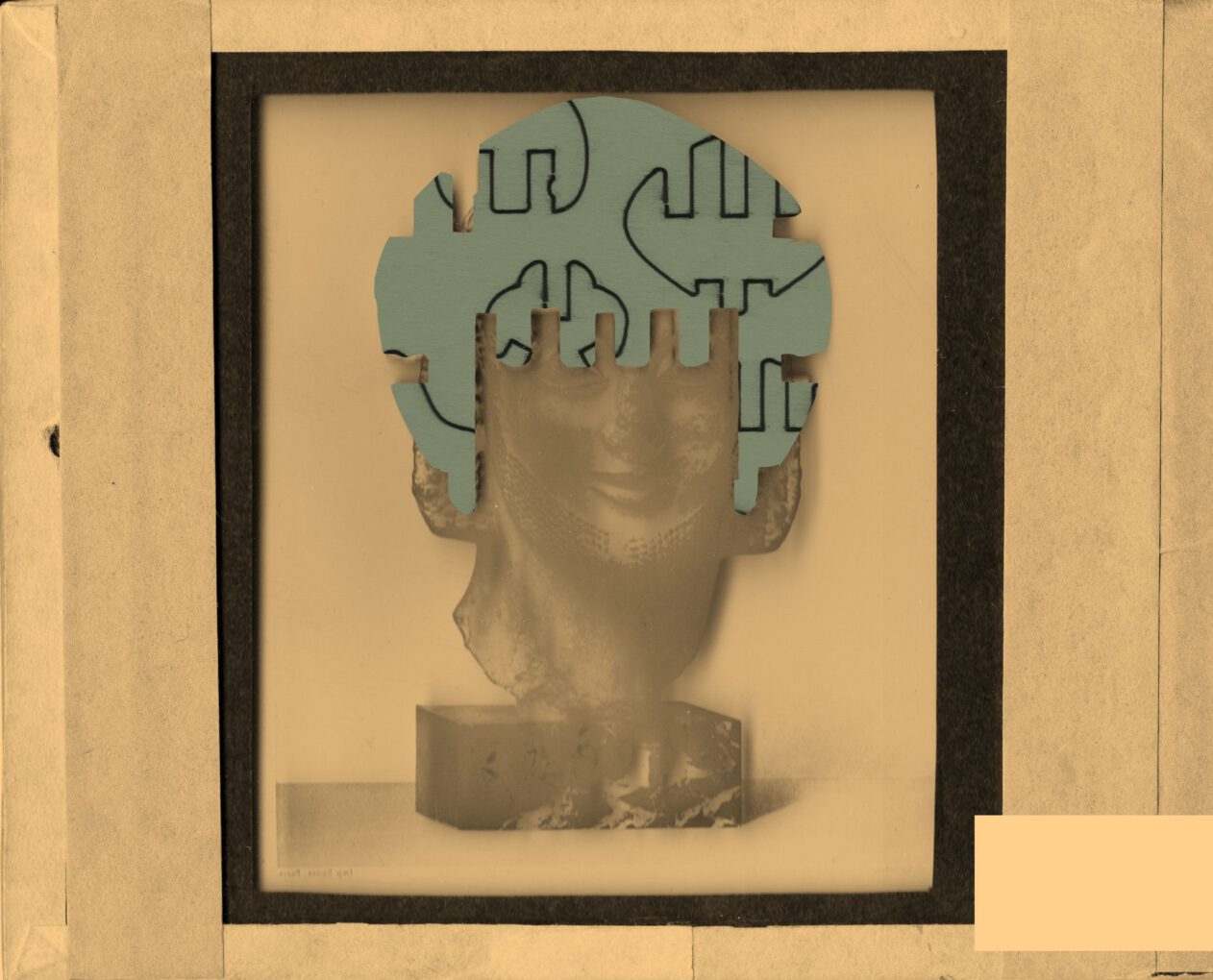 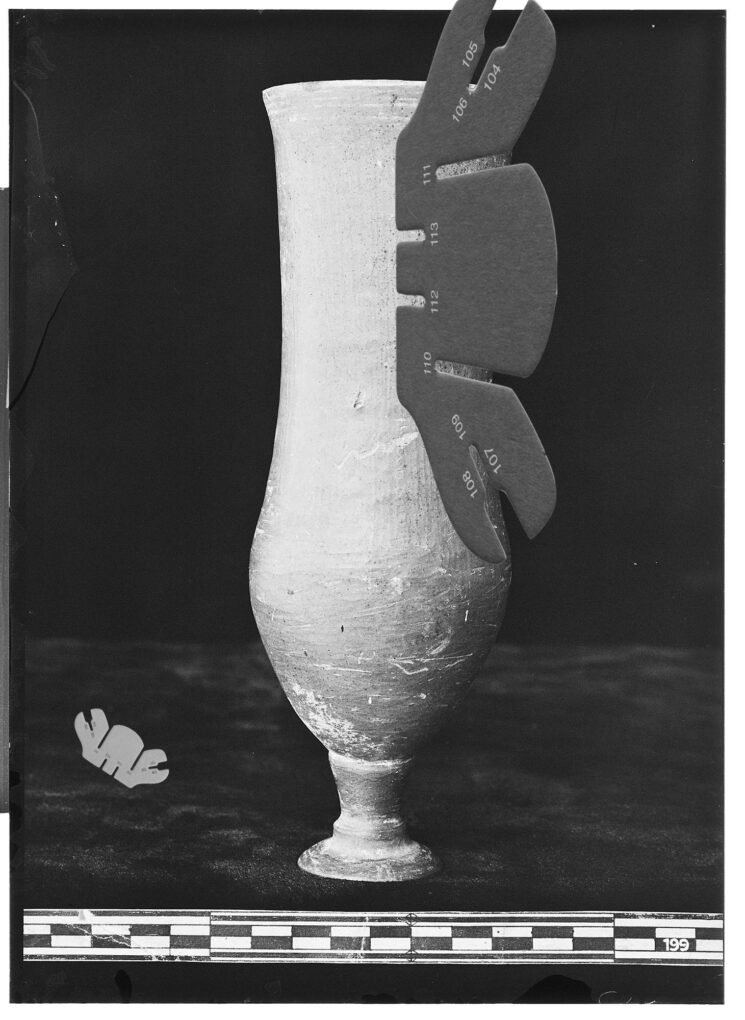 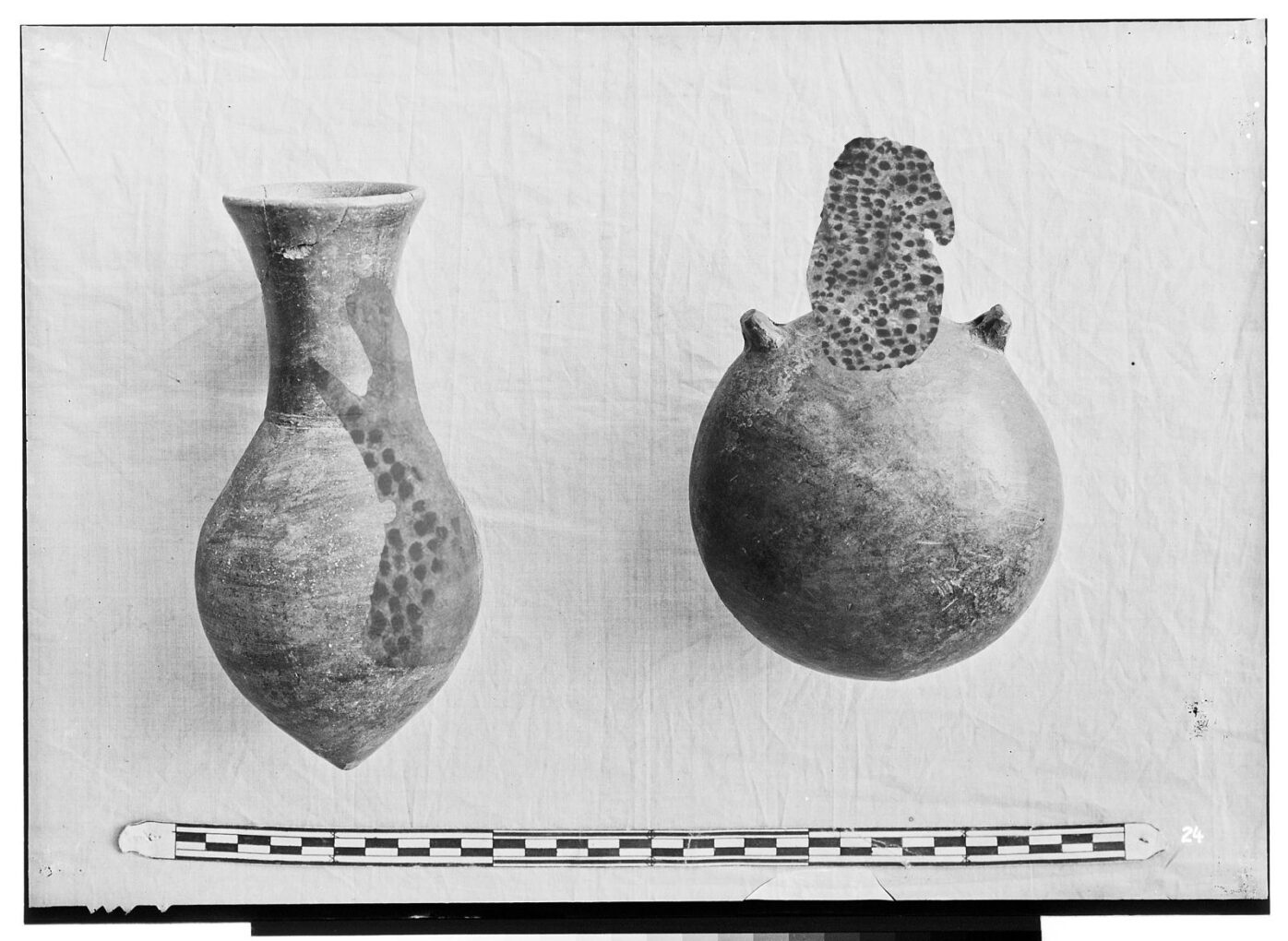 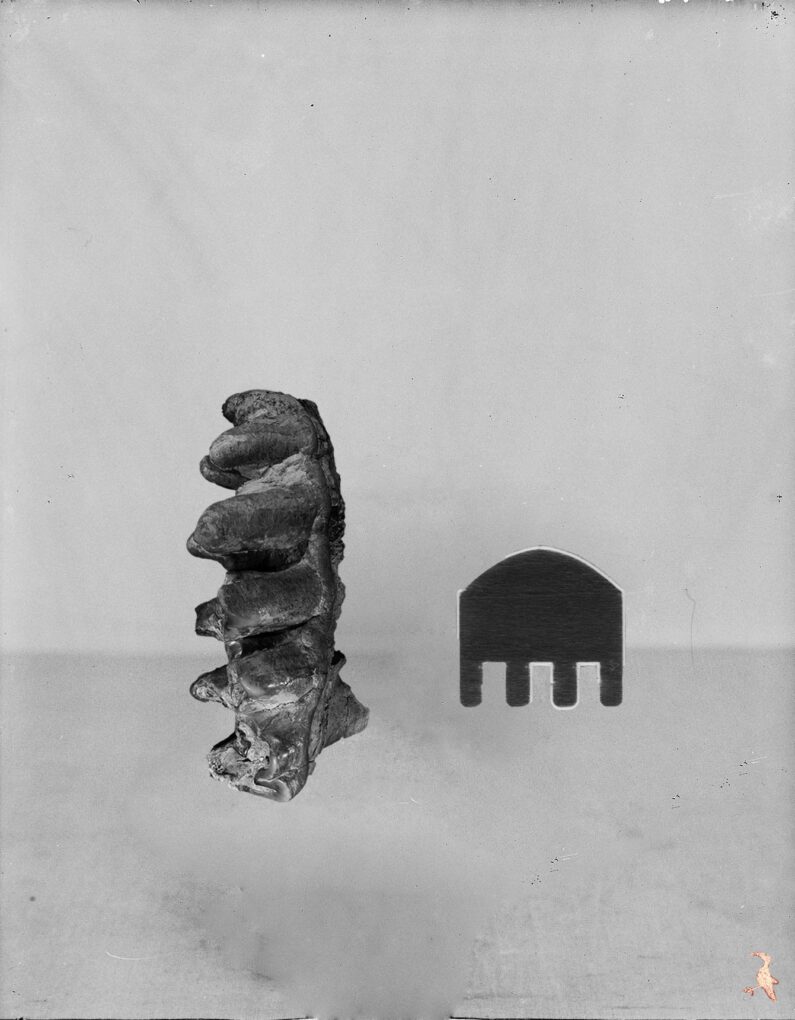