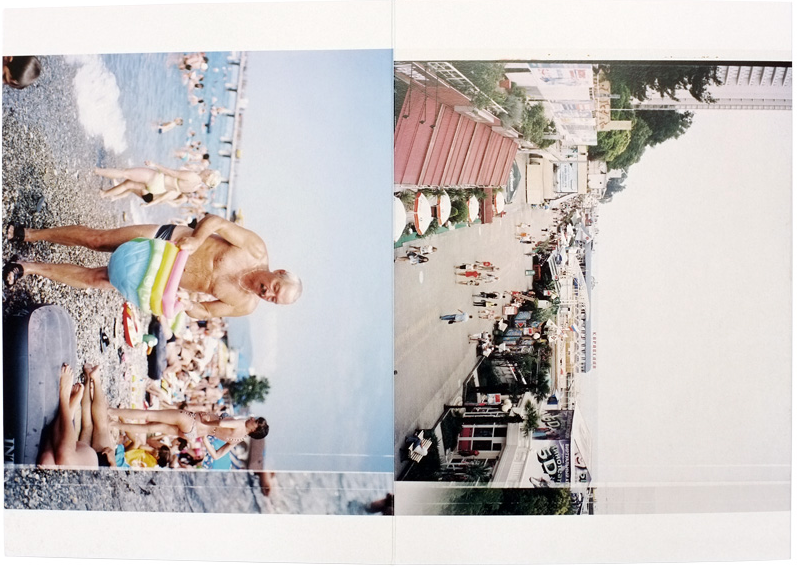 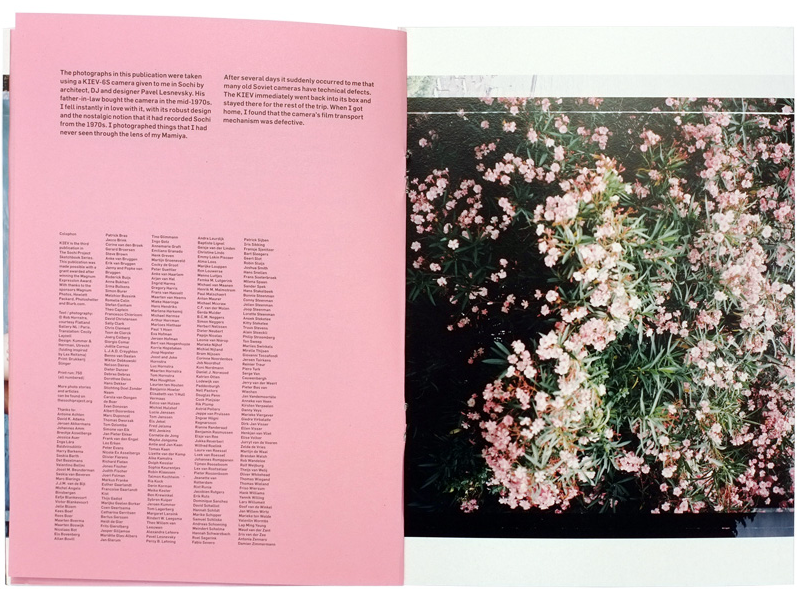 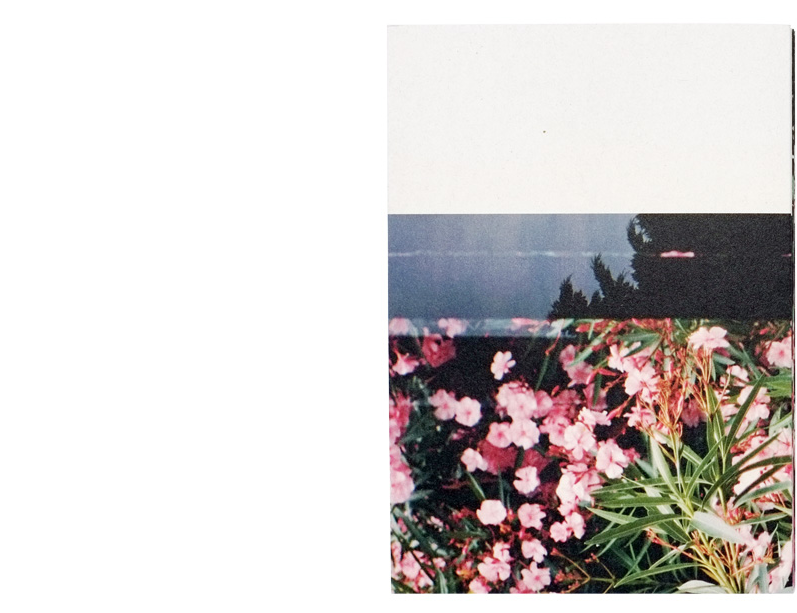 Sketchbook Series # 03 -The Sochi Project’s third Sketchbook depicts Sochi in the summer as well as being an ode to analogue photography. In the summer of 2011, Rob fell in love with a 40-year-old KIEV medium-format camera, which a friend gave him as a gift in the Russian resort of Sochi. Over the following days, he roamed the city with his new acquisition and photographed things that he had never seen before through the lens of his Mamiya camera. When he got home and developed the films, he found that the KIEV’s film transport system was defective.

No items
© 2020 FLATLAND, Amsterdamfollow us: