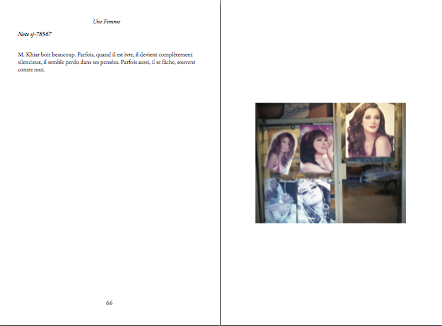 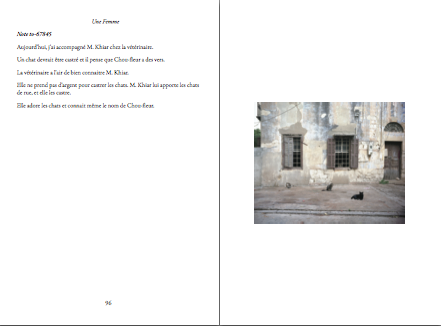 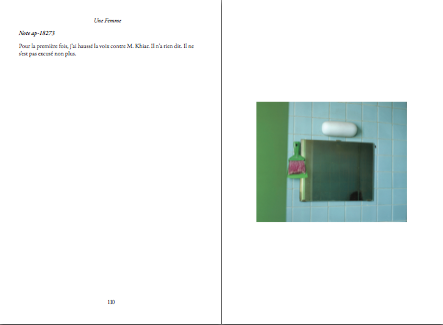 You can also order here: http://jeroenkramer.com/private/une-femme/

Kramer (Born in Amsterdam in 1967) studied French literature and art in France in the 1990s and moved to Beirut in 2001. He documented several wars around the globe. Later he became ashamed with war and the spectacular way the media dealt with this. He explored this in his first award-winning book “Room 103”. Returning to art and literature the book is a combination of text and images and is a quiet and subtle take on places and people. His second book is a limited edition of a trip he made with novelist Ed O’Loughlin who portrays a serene beauty of the Arctic Circle. His recent book “Beyrouth objets trouvés” was voted one of the best books in 2012 by photo museum Foam’s curator Kim Knoppers. The book seems in his eyes in retrospect a preliminary study for his last book “Une Femme”, a portrait of his town Beirut, ordinary, subtlety, poetic, the gentleness of the banal.